Zombie Processes and their Prevention 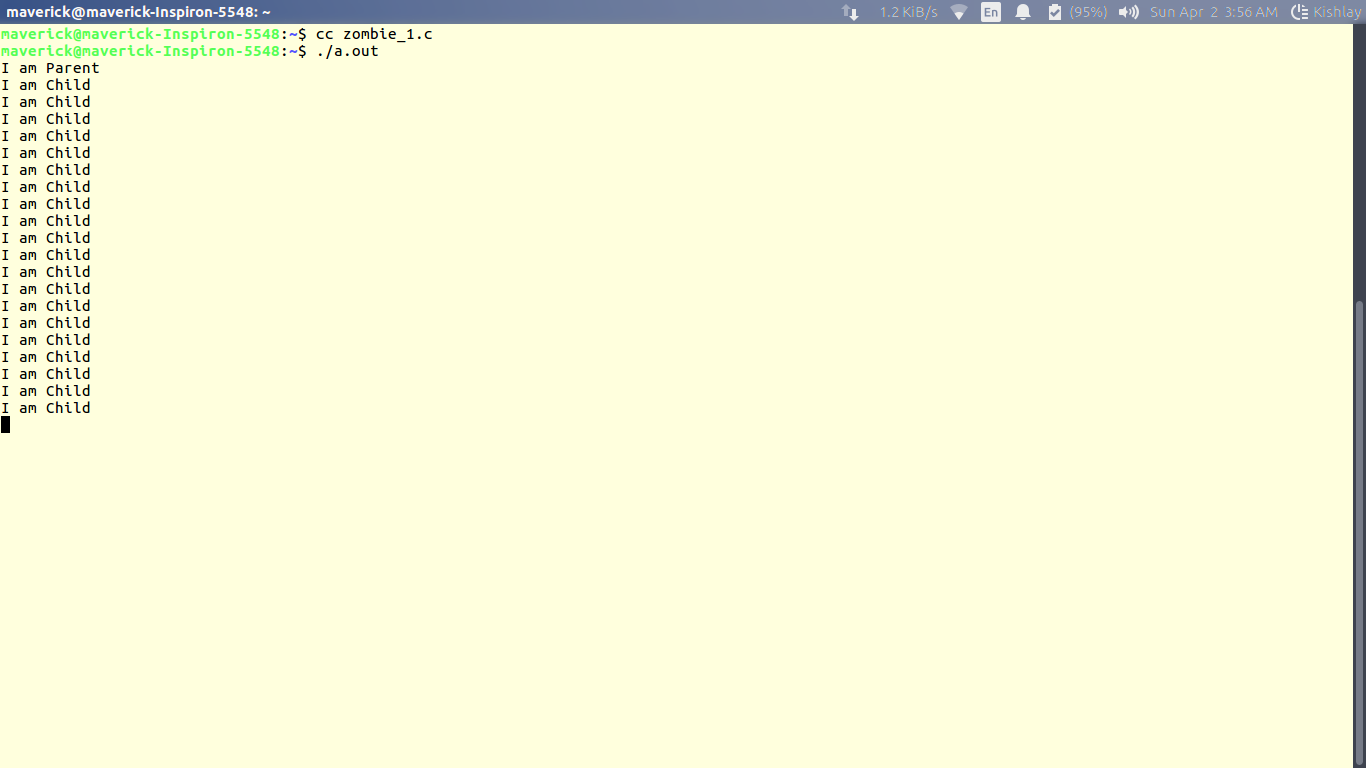 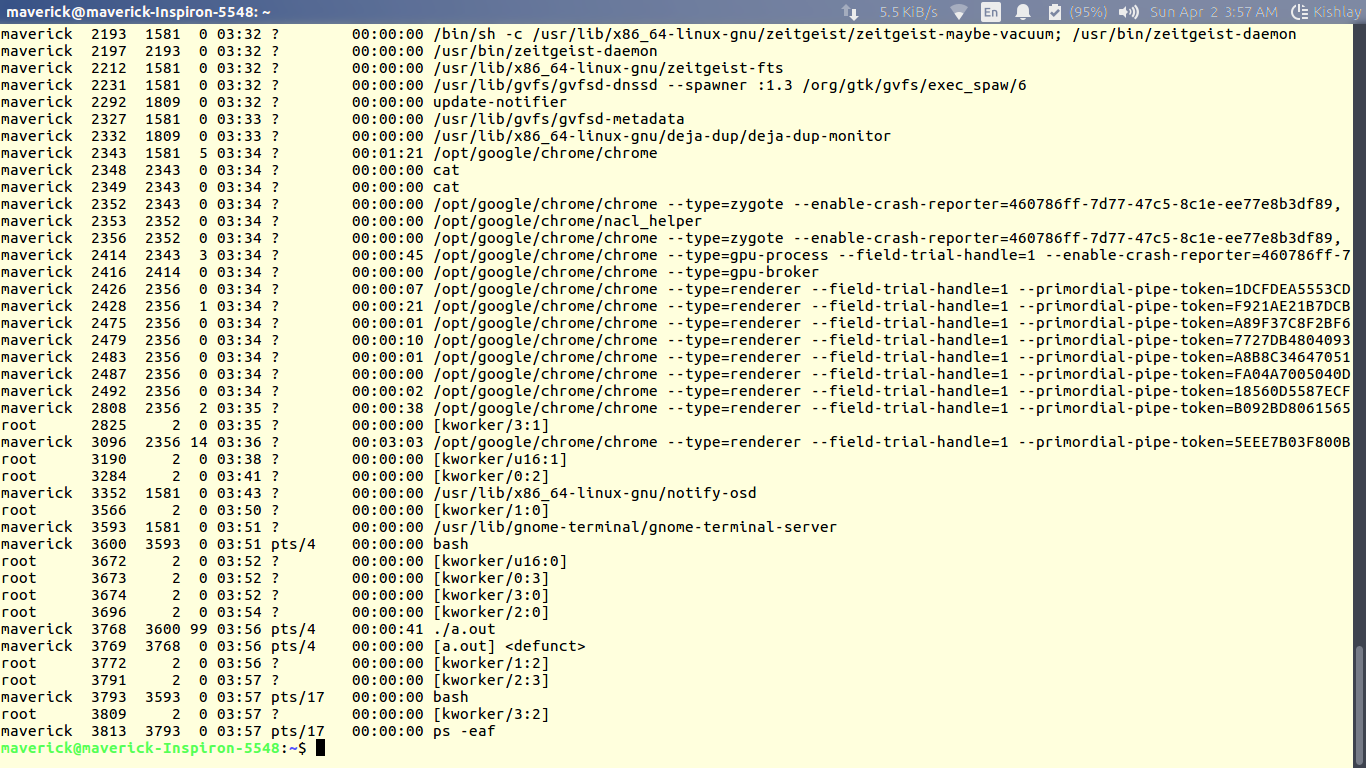 Different ways in which the creation of Zombie can be Prevented

1. Using wait() system call: When the parent process calls wait(), after the creation of a child, it indicates that, it will wait for the child to complete and it will reap the exit status of the child. The parent process is suspended(waits in a waiting queue) until the child is terminated. It must be understood that during this period, the parent process does nothing just wait.


(Point 2. is wrong and doesn’t prevent zombie creation,  its the job of parent process to remove the child process from process list and is not done by the kernel, infact SIG_IGN is the default handler for SIGCHLD signal to the parent process).

2. By ignoring the ‘SIGCHLD’ signal: When a child is terminated, a corresponding SIGCHLD signal is delivered to the parent, if we call the ‘signal(SIGCHLD,SIG_IGN)’, then the SIGCHLD signal is ignored by the system, and the child process entry is deleted from the process table Thus, no zombie is created. However, in this case, the parent cannot know about the exit status of the child. 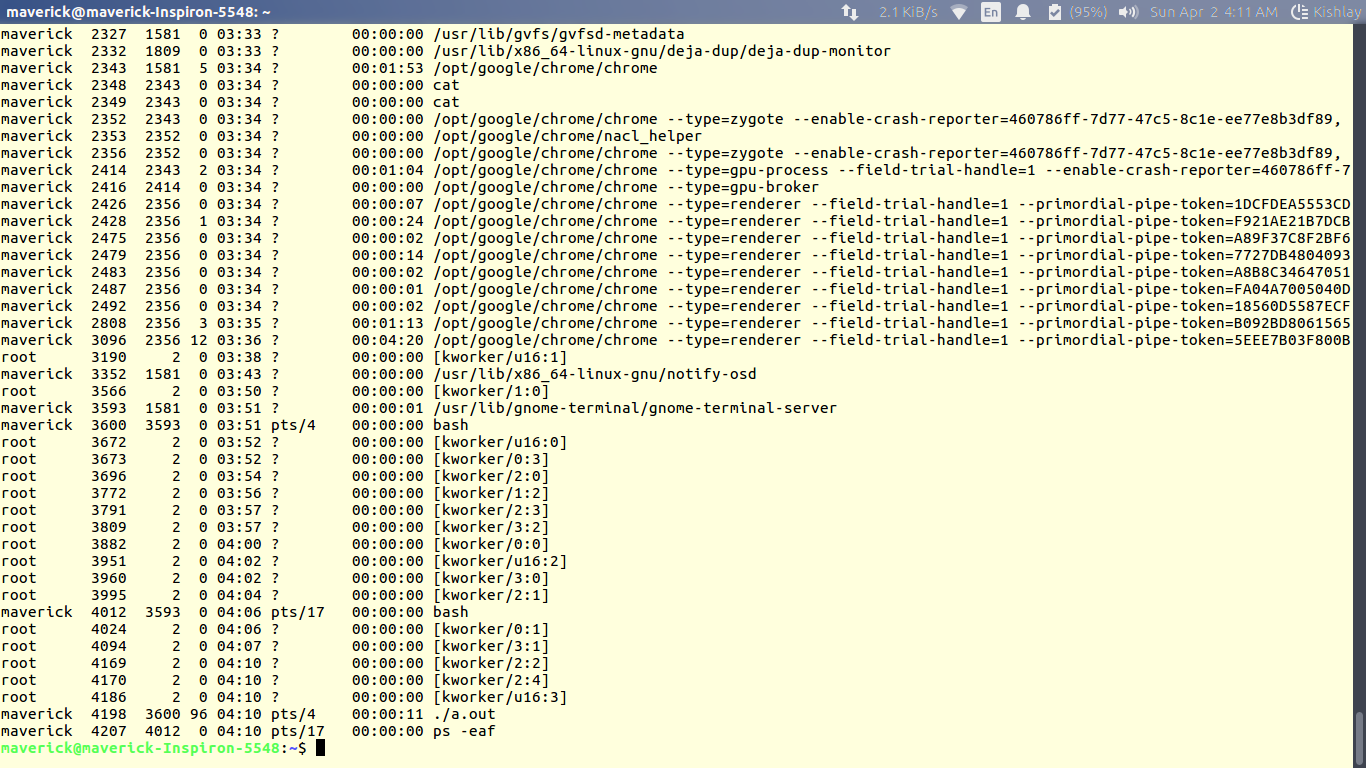 Here no any [a.out] defunct i.e. no Zombie process is created.

This article is contributed by Kishlay Verma. If you like GeeksforGeeks and would like to contribute, you can also write an article using write.geeksforgeeks.org or mail your article to review-team@geeksforgeeks.org. See your article appearing on the GeeksforGeeks main page and help other Geeks.
Please write comments if you find anything incorrect, or you want to share more information about the topic discussed above.

Next
Zombie and Orphan Processes in C
Related Articles
1. Zombie and Orphan Processes in C
2. Difference between Zombie, Orphan and Daemon Processes
3. Chain processes vs Fan of processes using fork() function in C
4. How to execute zombie and orphan process in a single program?
5. Maximum number of Zombie process a system can handle
6. Double forking to prevent Zombie process
7. Format String Vulnerability and Prevention with Example
8. Deadlock Prevention And Avoidance
9. Difference between Deadlock Prevention and Deadlock Avoidance
10. fork() and memory shared b/w processes created using it
Article Contributed By :