Windows 10 can be said to have the feel of both windows 7 and windows 8.1 combined together. The start menu which was missing windows 8.1 is back in windows 10. The charms of 8.1 are also still there in windows 10. 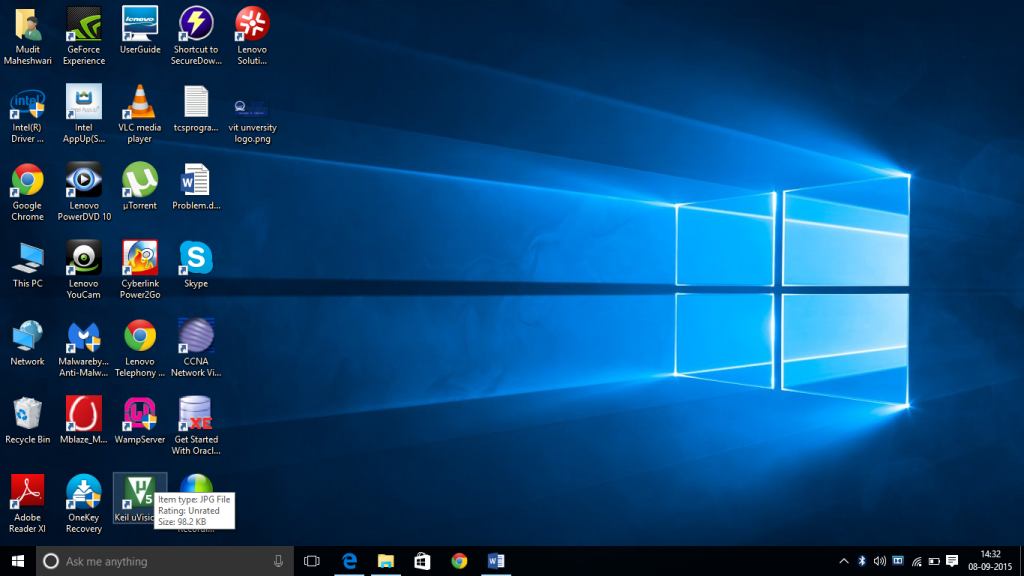 The Start menu is the default if one uses Windows 10 with a keyboard and mouse, though one can keep the full-screen Start screen if you prefer it. Pin Live Tiles on the Start Menu in multiple sizes on the right. On the left, one also gets the familiar list of pinned and recent applications, complete with jump lists for files, the search box that you can also use to run commands and a power button for shutting down or restarting your PC. 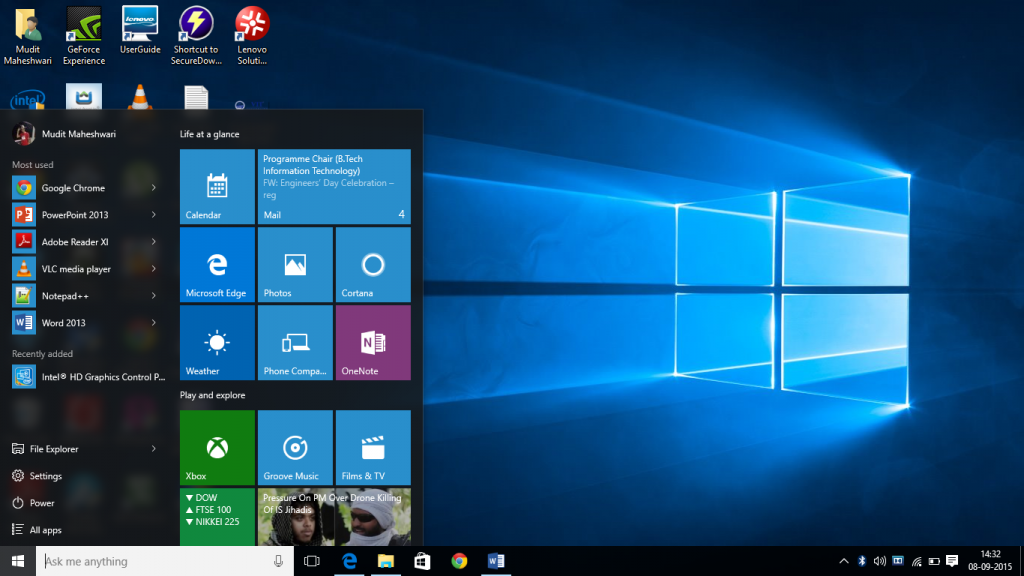 The search box has all the Windows 8 features, including results from Bing and the Windows store, and a separate Search menu next to the Start button gives trending topics directly from Bing, too.

In the taskbar next to the date, there is a notification icon which is nothing but the Action Center which now provides the notifications from Mail App, and other apps generating the notifications. .It also includes options like Wi-Fi, Bluetooth, Brightness settings etc. Allowing the user to access these settings quickly and easily. 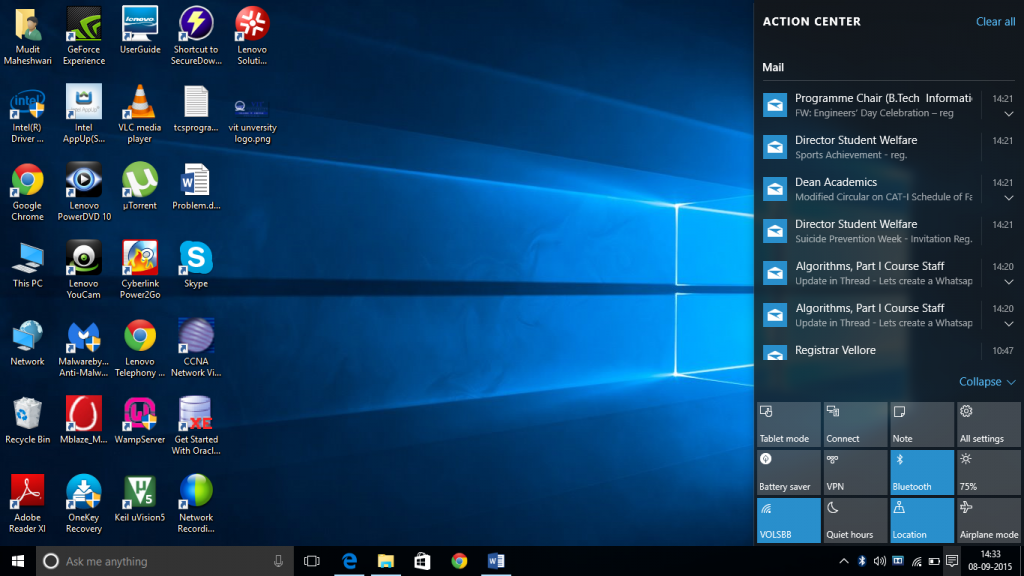 The new Task View button on the taskbar introduces the idea of moving between windows to the vast majority of Windows users who’ve never tried Alt Tab. We can hide or unhide this by right clicking on the taskbar and selecting the appropriate option. 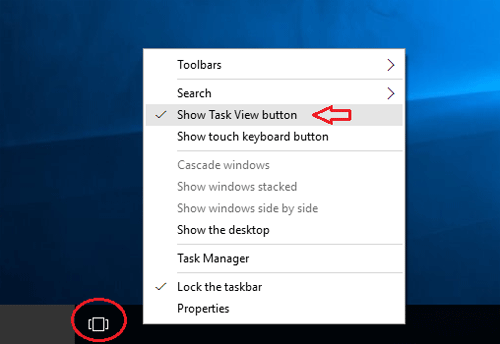 SnapAssist does more than the ‘two desktop apps getting half the desktop’ layout that you get in Windows 8. If one has one narrow window, the second window can take up all the rest of the space, or one can snap four apps, one in each corner. Windows will even show thumbnails of open windows to help  the user to pick the one ,user  wants to snap without rearranging everything. 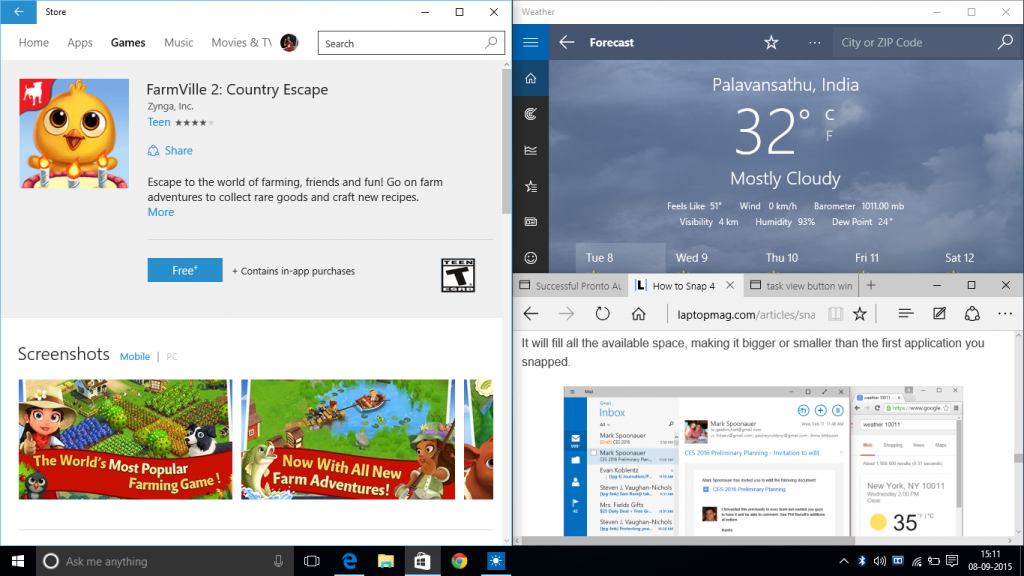 Cortana i.e. a personal assistant is a new feature added to Windows 10. One can ask, interact with Cortana and Cortana will reply with a suitable answer. Cortana is built into Spartan and attempts to predict and answer queries.(e.g. restaurant information) straight from browser. 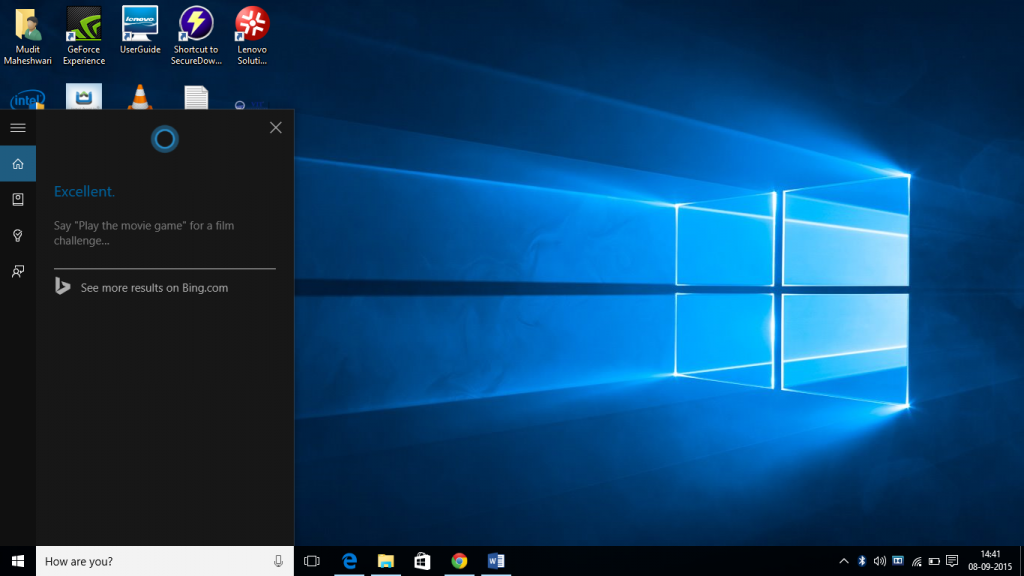 What is the time dear Cortana?? 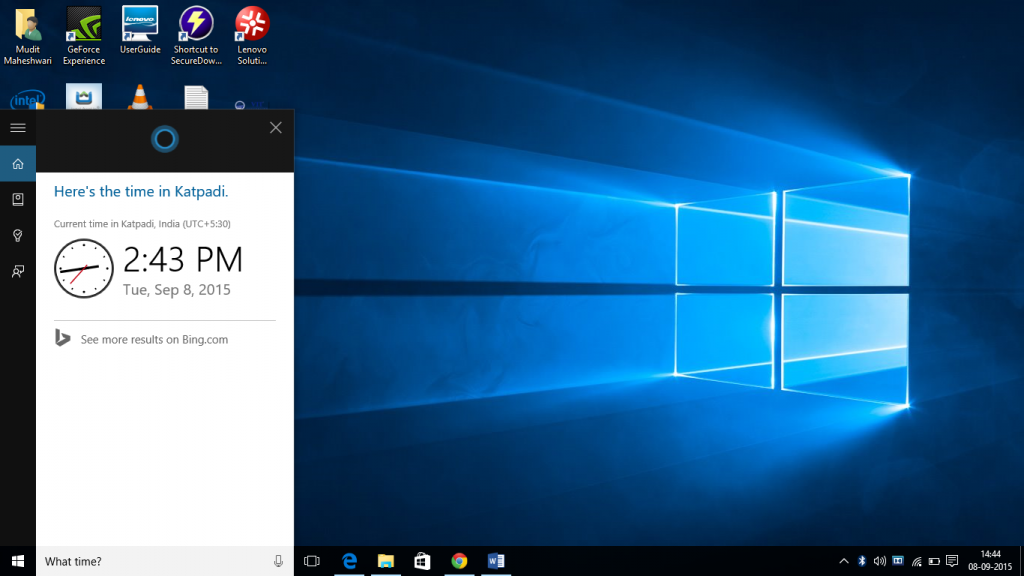 Microsoft Edge is the new default browser of Windows 10. It uses a clean GUI. It provides a hub facility to keep all the stuff in one place. It has a much better performance compared to Internet Explorer. Get the news feed from MSN. View the sites visited by the user mostly in the section Top sites.It’s been built with ‘interoperability’ in mind, according to Microsoft. Features include a reading mode and the ability to annotate, either with a keyboard, pen or a finger. There’s also integration with Cortana to provide additional information– for example, when the user is on a web page for a restaurant, Cortana will make a booking and display information such as opening times. 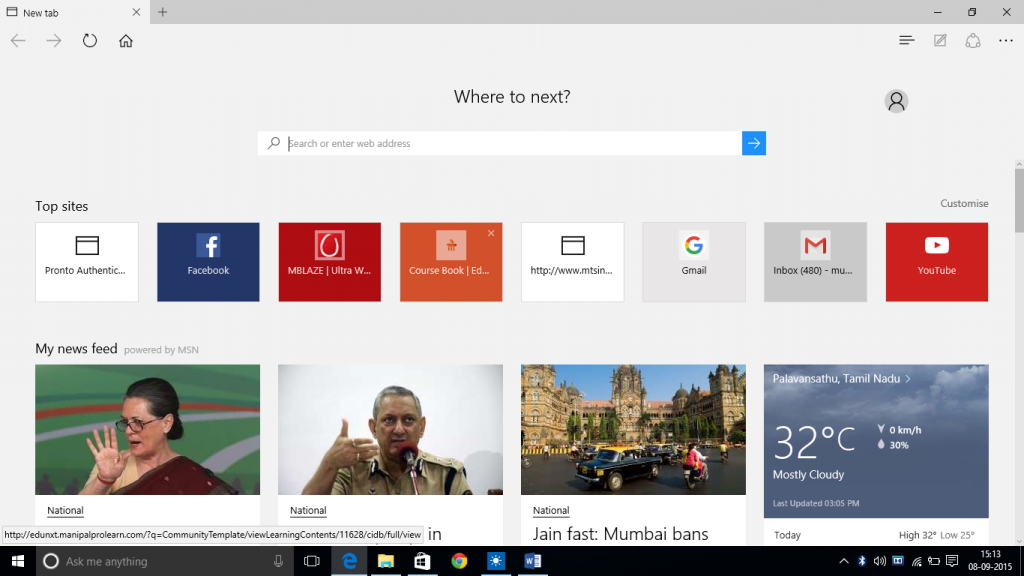 There’s good news for gamers as not only with the Xbox One get Windows 10 (including Universal apps – see below), Microsoft has introduced some sweet new features. Windows 10 comes with the Xbox app which has features like the ability to control the Xbox One and a DVR capture for any Windows games.

Furthermore, user will be able to play multiplayer games cross-platform between Xbox One and PC. As if that wasn’t enough, Windows 10 will support the ability to stream games from the Xbox Box – although we don’t have details on the technical requirements for this yet. Oh and there’s support for DirectX 12. 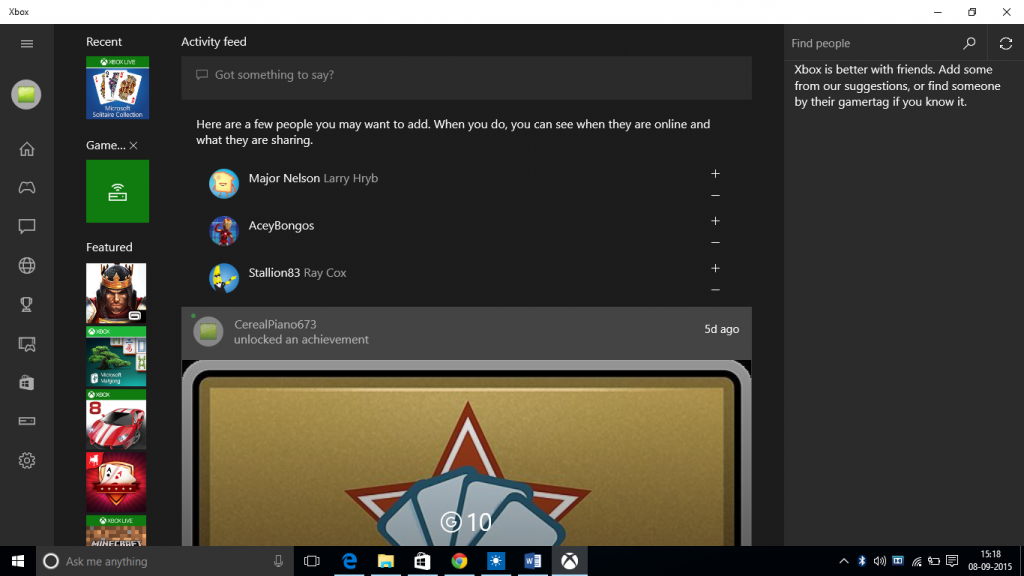 The news of Universal apps is good news for anyone using more than one Windows device. A bundle of apps including Photos, Videos, Music,Maps, People & Messaging and Mail & Calendar (and presumably more in the future) will look and feel the same across different devices and screen sizes. The data will also be saved and sync automatically via OneDrive.

A 3rd year B.Tech IT student from VIT University, Vellore having keen interest in coding , learning about new technology and developing softwares . Besides being passionate about coding, he also loves playing guitar and singing. Currently staying in Chennai. You can reach him at mudit94@gmail.com.