Why is Python the Best-Suited Programming Language for Machine Learning? 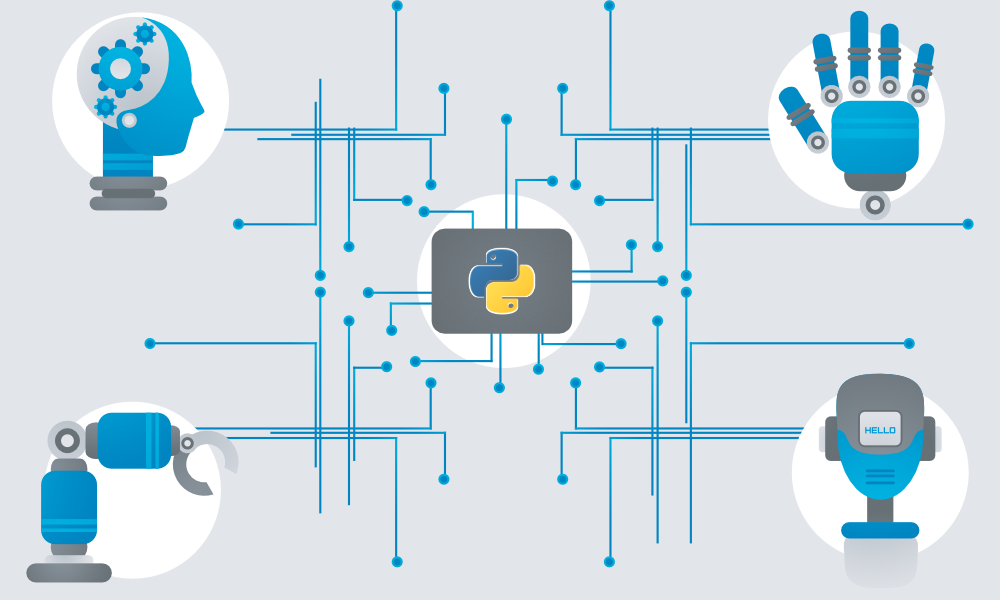 Reasons Why Python is Best-Suited for Machine Learning?

Python is currently the most popular programming language for research and development in Machine Learning. But you don’t need to take my word for it! According to Google Trends, the interest in Python for Machine Learning has spiked to an all-new high with other ML languages such as R, Java, Scala, Julia, etc. lagging far behind.

So now that we have established that Python is by far the most popular programming language for Machine Learning, the WHY still remains. So let’s now understand why Python is so popular and consequently why it is best-suited for ML. Some of these reasons for this are given as follows:

1. Python is Easy To Use

Nobody likes excessively complicated things and so the ease of using Python is one of the main reasons why it is so popular for Machine Learning. It is simple with an easily readable syntax and that makes it well-loved by both seasoned developers and experimental students. The simplicity of Python means that developers can focus on actually solving the Machine Learning problem rather than spend all their time (and energy!) understanding just the technical nuances of the language.

In addition to this, Python is also supremely efficient. It allows developers to complete more work using fewer lines of code. The Python code is also easily understandable by humans, which makes it ideal for making Machine Learning models. With all these advantages, what’s not to love?!!

2. Python has multiple Libraries and Frameworks

There are many Python libraries that are specifically useful for Artificial Intelligence and Machine Learning. Some of these are given below:

3. Python has Community and Corporate Support

Python has been around since 1990 and that is ample time to create a supportive community. Because of this support, Python learners can easily improve their Machine Learning knowledge, which only leads to increasing popularity. And that’s not all! There are many resources available online to promote ML in Python, ranging from GeeksforGeeks Machine Learning tutorials to YouTube tutorials that are a big help for learners.

Also, Corporate support is a very important part of the success of Python for ML. Many top companies such as Google, Facebook, Instagram, Netflix, Quora, etc use Python for their products. In fact, Google is single-handedly responsible for creating many of the Python libraries for Machine Learning such as Keras, TensorFlow, etc.

4. Python is Portable and Extensible

This is an important reason why Python is so popular in Machine Learning. A lot of cross-language operations can be performed easily on Python because of its portable and extensible nature. There are many data scientists who prefer using Graphics Processing Units (GPUs) for training their ML models on their own machines and the portable nature of Python is well suited for this.

Also, many different platforms support Python such as Windows, Macintosh, Linux, Solaris, etc. In addition to this, Python can also be integrated with Java, .NET components or C/C++ libraries because of its extensible nature.