What is the use of FlatList ?

In this article, we are going to learn about the uses of the FlatList Component. So firstly let’s know what is FlatListt?The FlatList component is an efficient way to display items in a scrollable list view. This component has many supported features such as Scroll Loading, header/footer views support, horizontal mode, pull to refresh, etc.

In the above syntax, we can see that the FlatList component has two required props i.e. data and renderItem.

Now let’s start with the implementation:

Step 1: Open your terminal and install expo-cli by the following command.

Step 2: Now create a project by the following command. 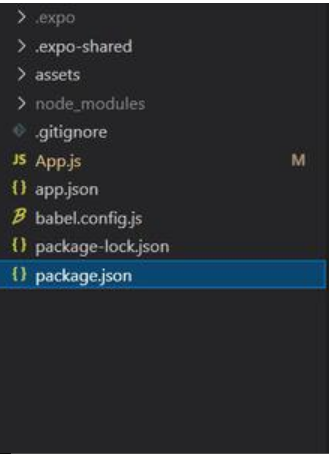 Example 1:  In this example, we have created a simple flat list.


Step to run the application: Start the server by using the following command.

Example 2: In this example, we have created the FlatList with a separator between each data item.


Explanation: In this example, we have created an array of data then we make a function called “Separator”. After that, we assign that function to ItemSeparatorComponent prop of FlatList Component which is used to add a separator between each item.