What is the Formula for Finding Angles?

In geometry, an angle is an essential measurement of a geometric shape. An angle is defined as the degree of rotation about the point of intersection between two lines or planes that are required to bring one into correspondence with the other. There are various kinds of angles, based on the measurement of an angle. It is measured in terms of degrees or radians. An angle is a shape formed by two lines or rays that diverge from a common point called a vertex. When two rays are intersected, i.e., when half-lines are projected with a common endpoint, an angle is formed. Now, the common endpoints are called vertices, while the rays are known as the arms. 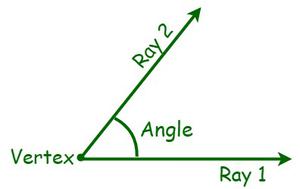 The formula for Finding Angles

Question 1: Find the angle at the vertex B of the given triangle using one of the trigonometric formulae for finding angles. 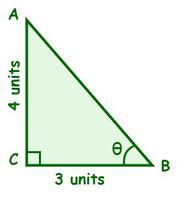 In this case, we know both the opposite and adjacent sides of θ. Hence, we can use the tangent formula to find θ.

⇒ tan θ = opposite side/adjacent side 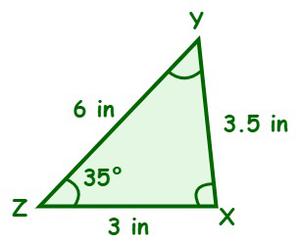 Since we know all three sides and an angle, we can use the sine rule formula.

From the sine rule formula, we have

Thus, the fifth interior angle of a pentagon is 104‬°.

Question 4: Determine the value of y and also the measure of angles in the given figure. 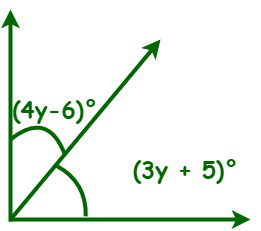 Question 5: Find the angle at vertex Q in the given triangle using one of the formulas for finding angles. 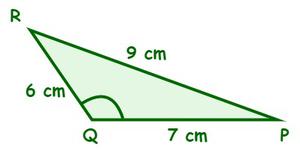 Since we know all three sides and an angle, we can use the cosine rule formula to find the angle vertex Q.

Question 6: Calculate the angle of a segment made in a circle if the arc length is 12π and the radius is 9 cm.

Now, the angle formula is: