System Design is the core concept behind the design of any distributed systems. System Design is defined as a process of creating an architecture for different components, interfaces, and modules of the system and providing corresponding data helpful in implementing such elements in systems.

System Design involves identifying sources of data, It is an intuition towards characterizing, creating, and planning a framework to fulfill the necessity and indeed the prerequisites of particular businesses.

In any development process, be it Software or any other tech, the most important stage is Design. Without the designing phase, you cannot jump to the implementation or the testing part. The same is the case with the System as well.

System Design not only is a vital step in the development of the system but also provides the backbone to handle exceptional scenarios because it represents the business logic of software. 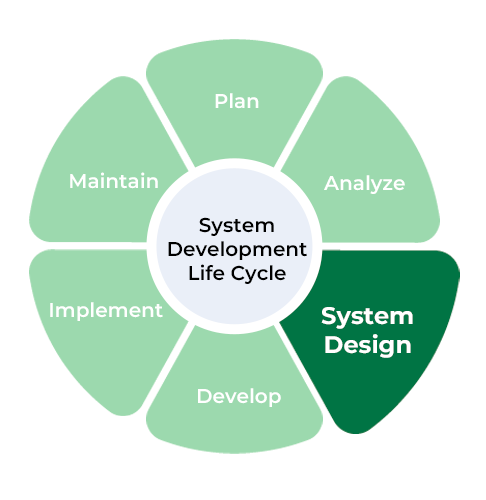 The importance of System Design phase in SDLC

From the above SDLC steps, it is clear that system design acts as a backbone because no matter how good the coding part is executed, it, later on, becomes irrelevant if the corresponding design is not good. So here we get crucial vital information as to why it is been asked in every Product Based Company. 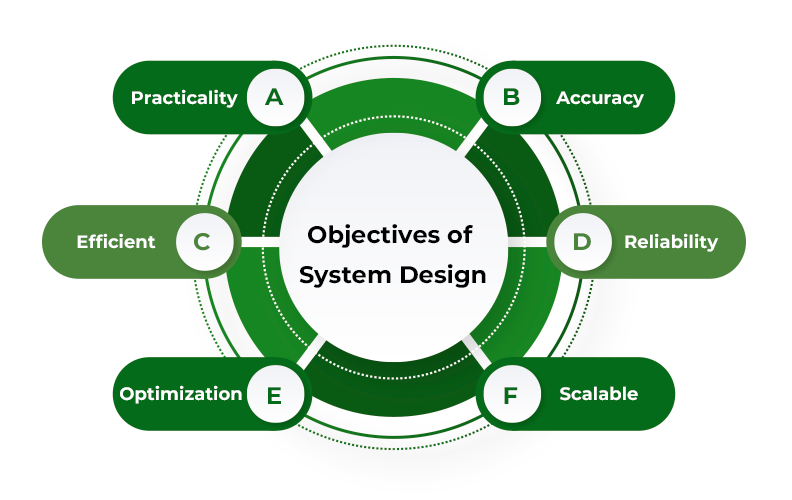 Note: System Design also helps us to achieve fault tolerence which is ability of a software to continue working where even its 1 or 2 component fails.

Now after glancing and going through the above objectives let us not discuss the advantages of system design to understand it better as the below advantages get our understanding even closer to real-life.

Any system doesn’t get designed in a single day or in a single step. For every system design, there are a series of steps/phases/stages that takes place to get a strong system. This series is defined as System Development Life Cycle (SDLC). We need a strong understanding of understanding life-cycle of a system just likely to define the scope for any variable in code chunk because then only we will be able to grasp deep down how humongous systems are interacting within machines in the real world.

The stages in System Development Life Cycle are as follows: 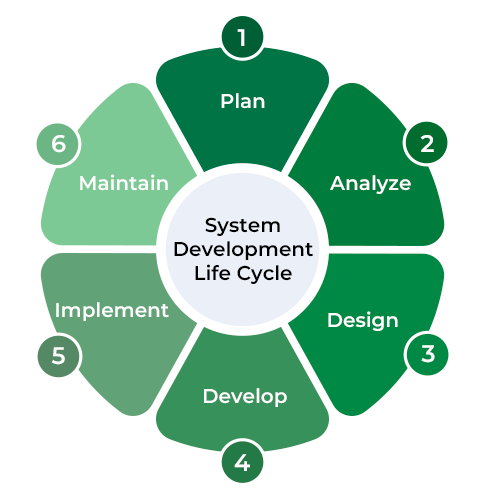 Below are some of the major components of the System Design. discussed in brief. The detailed version of this will be discussed in different posts: 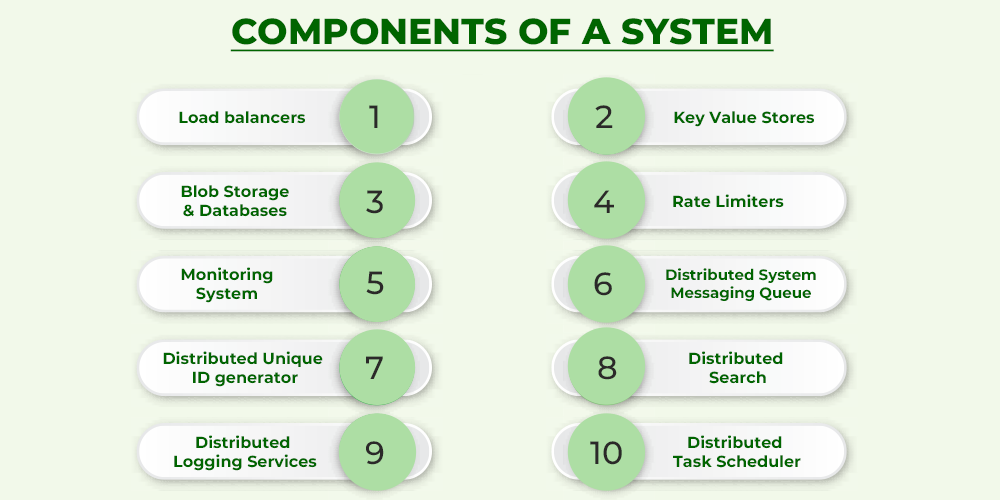 Software architecture is a way in which we define how the components of a design are depicted design and deployment of software.

It is basically the skeleton design of a software system depicting components, abstraction levels, and other aspects of a software system. In order to understand it in a layman’s language, it is the aim or logic of a business should be crystal clear and laid out on a single sheet of paper. Here goals of big projects and further guides to scaling up are there for the existing system and upcoming systems to be scaled up. 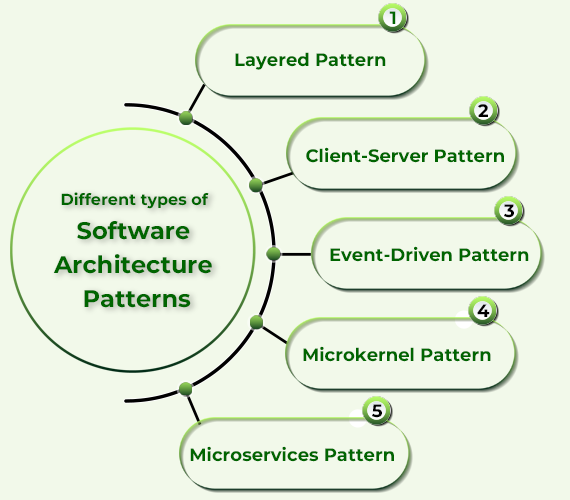 Modularity and Interfaces In System Design

Evolution/Upgrade/Scale of an Existing System

Suppose there is a system with configurations of specific disk and RAM which was handling tasks. Now if we need to evolve our system or scale up, we have two options with us. 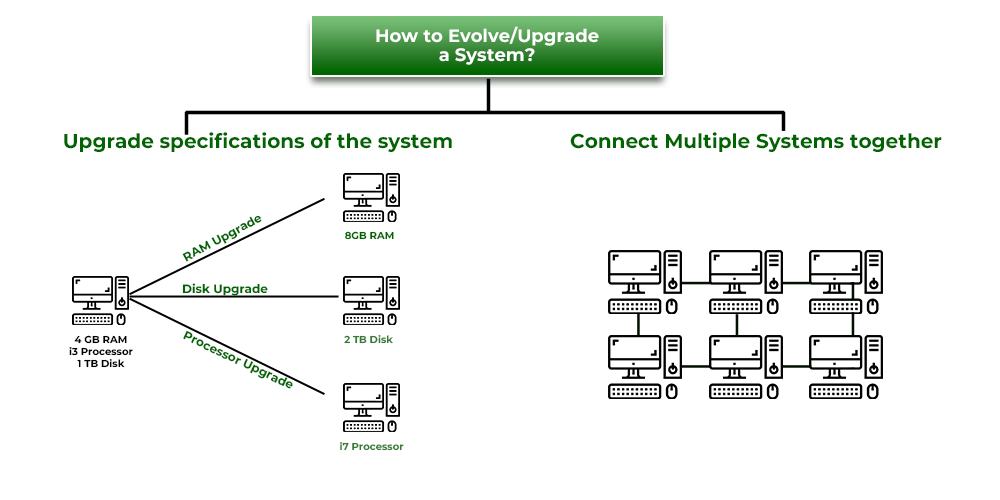 Evolution/Upgrade/Scale of an Existing System

How Data Flows Between System

Data flows between systems through Data Flow Diagrams or DFDs.

Data Flow Diagrams or DFDs is defined as a graphical representation of the flow of data through information. DFD is designed to show how a system is divided into smaller portions and to highlight the flow of data between these parts.

Components of a DFD:

Note: Sender and Receiver should  be written in uppercase always. Rather it is good practrice to use uppercaswe letter what so ever is placed in square box as per DFD conventions.

Now since we have discussed about the basics of System Design so far, let us now understand System Design through a basic example – Airline Reservation System.

To understand better about the components and design of Airline Reservation System, let us first review its context-level flow diagram: 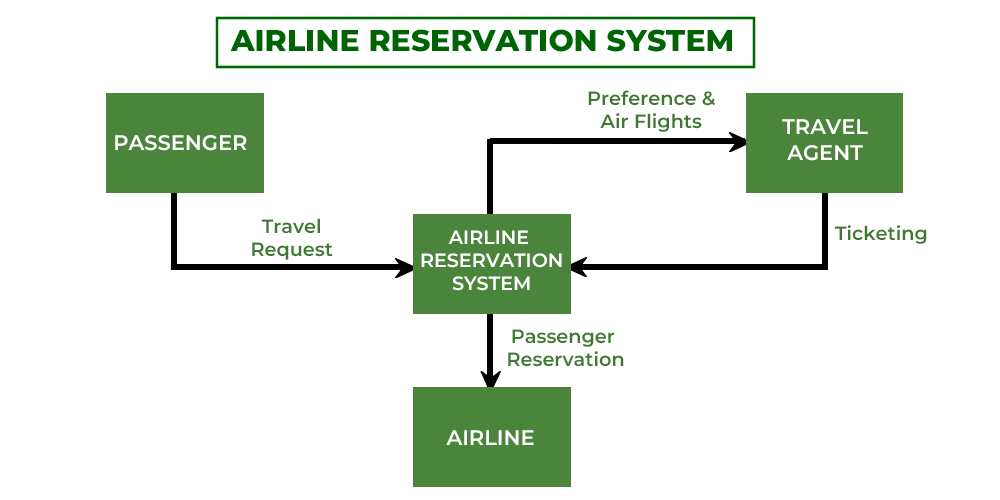 Let us now understand the DFD of the Airline Reservation System:

Upon detailed discussion of the introduction to system design, it is a must now to discuss its merits and demerits.

The greatest advantage of system design is inculcating awareness and creativity in full-stack developers’ via synergic bonding of API protocols gateways, networking and databases.

Some of the major advantages of System Design include: