Abstract machines are just imaginary notions, they don’t exist in reality. Here we can make inferences to solve a problem.

There are two types of Abstract Machine

Random Access Machine or RAM model is a CPU. It is a potentially unbound bank of memory cells, each of which can contain an arbitrary number or character. Memory cells are numbered and it takes time to access any cell in memory or say all operations (read/write from memory, standard arithmetic, and Boolean operations) take a unit of time. RAM is a standard theoretical model of computation (infinite memory and equal access cost). The Random Access Machine model is critical to the success of the computer industry. 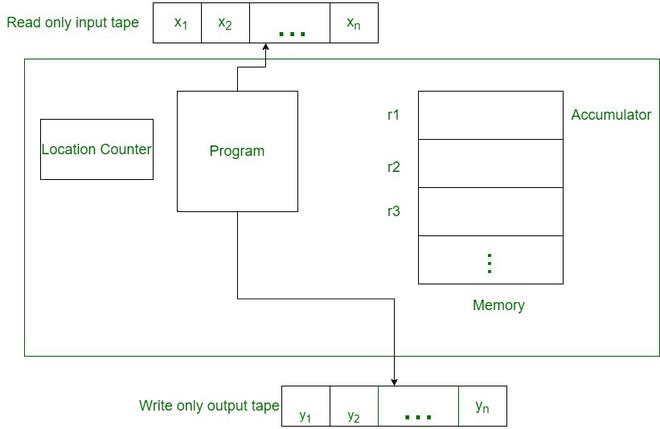 In RAM, Here each step of an algorithm consists of the following steps: