What is Logical Network ?

A logical network is a model of the connection between entities in which each entity is defined by a node, and the links between nodes represent the connections. The goal of using this model is to understand how different parts of an organization are related to one another. In other words, it can be used to understand how tasks or resources are allocated within an organization based on its capacity (availability) and needs (priority). Logical networks also help us see patterns in our data that would not be evident when looking at individual pieces of information.

The source and destination are connected by a network, which is made up of various elements and parts. Physical and logical components are the two categories used to represent the elements and parts of a network. Each element is represented by its own physical or logical component, with the exception of hosts which have no corresponding physical or logical part because they can not be mapped to another hosting type (components like switches, routers, and gateways are supposed to be non-host components). 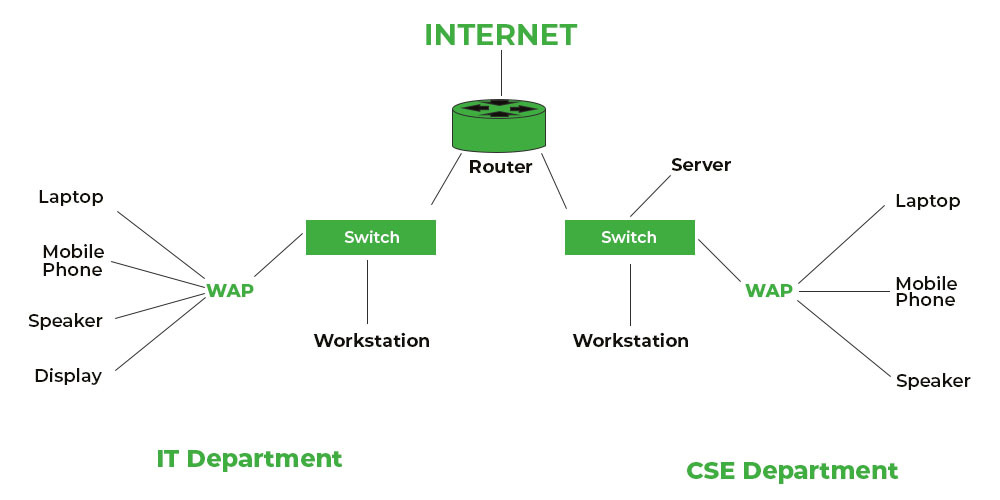 In the diagram, the logical components of a network refer to the information that travels from source to destination. TheUser information includes the data transported in a framework via the network. Frames have three parts:

Frames have destination addresses using which data is traveled to its intended destination.

And if we talk about the physical components of a network then network hardware devices like a switch and the cabling are utilized. These devices make it possible to carry the data from source to destination that makes up the complete physical network.

The above information is available in every logical network and is used to determine the usability of the design according to our requirements.

So, select the best possible IP numbering scheme and the subnet mask will find the count of usable IP addresses. In the case of multiple networks within the organization, then let not have overlapping of similar networks. The available networks must be unique to avoid routing issues.