What is Kerberos Authentication?

Kerberos is a Network Authentication Protocol evolved at MIT, which uses an encryption technique called symmetric key encryption and a key distribution center.  Although Kerberos is ubiquitous in the digital world, it is widely used in secure systems based on reliable testing and verification features. Kerberos is used in Posix authentication, as well as in Active Directory, NFS, and Samba. And it is another authentication system for SSH, POP, and SMTP.

This works on the Client-Server based Model. Kerberos makes use of symmetric key cryptography and a key distribution center (KDC) to authenticate and verify consumer identities. The symmetric key used is the same for encryption and decryption. A KDC is a database of all the secret keys. A KDC entails 3 aspects:

Let’s say we have a user (Client) and We have a server(whose network services we require). The User must be an Authorised User. 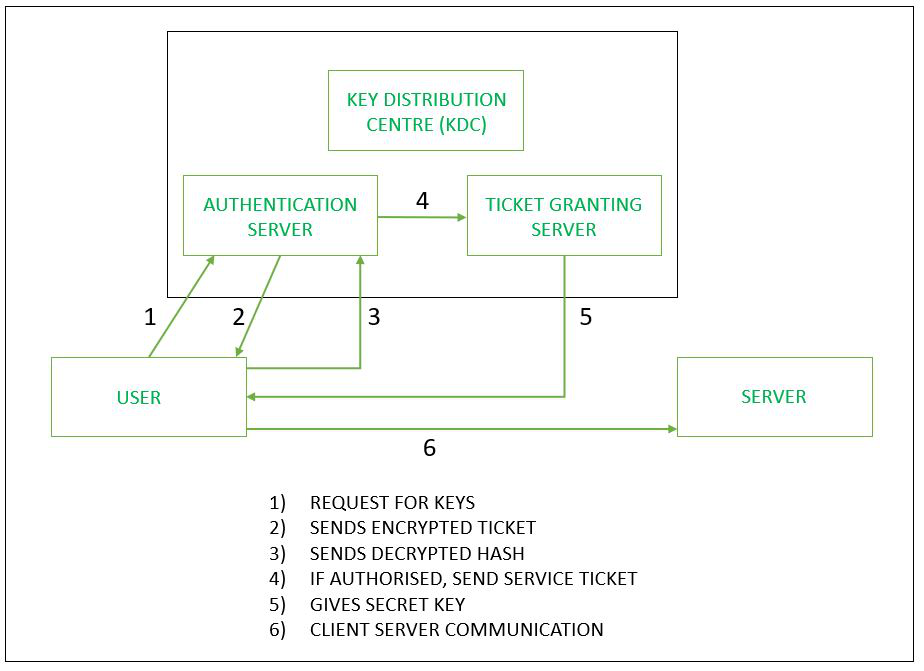 Is Kerberos Infallible or not?

There is no 100% inaccessible level of protection, and Kerberos is. For a long time, hackers have had the opportunity over the years to find ways around you, often by making fake tickets, making repeated attempts to guess passwords (brute power/proof entry), and using a malicious computer program to reduce encryption. Apart from this, Keberos is still the best security access protocol available today. The protocol is flexible enough to use very strong encryption algorithms to help fight new threats, and when users make policies for choosing the right passwords, you should behave yourself!