What is Inter-System Testing?

Software applications which are being developed nowadays are dynamic enough to interact with each other and to make use of required data from central locations. This means multiple systems are able to communicate resources with each other.

What is Inter System Testing?

The process of testing the integration functions and integration points between multiple systems which are using a common source of data is called inter-system testing. The main objective of this testing is to ensure that common resources are accessible to multiple systems consistently and accurately as per requirement. As for a single operation, two or more applications are interdependent on each other that’s why it is also called Interoperability Testing. It is also called external interface testing.

The objective of Inter-System Testing:

When to Perform Inter-System Testing?

How to do Inter-System Testing?

Inter-system testing can be performed based on multiple instances. The basic check to confirm first is ensuring applications are hosted across locations and dependent on a common set of data/resources. Then ping/communicate with another system for resource dependability and ensure integration points for a single application hosted at multiple locations are working fine and data flow between them is happening correctly. Target should be checking end-to-end control and flow of data in a cycle where the cycle is the involvement of multiple applications in the process.

This test can be performed in many other methods as well like:

The below figure represents how to do Inter-system operation and its testing. 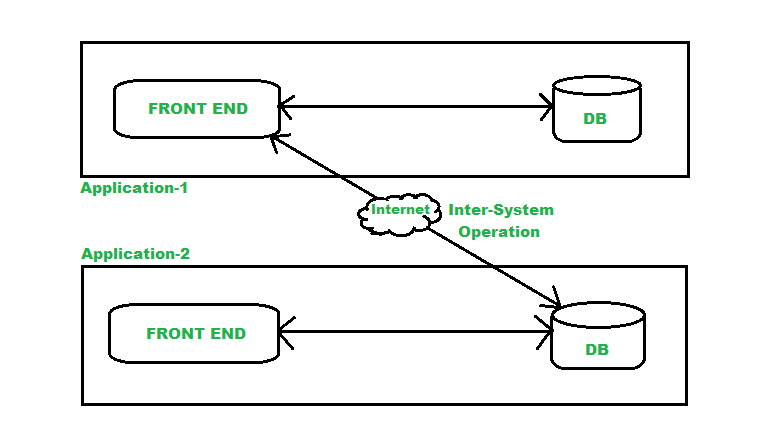