What is Indifference Curve ?

A process of analyzing a simple two-dimensional graph representing two goods, one on the x-axis and the other on the y-axis is known as an Indifference Curve Analysis. If the graph of the combination of goods is on the line or curve, it means that the consumer gains the same satisfaction level or utility from the goods and thus, does not have any preference for the goods. For example, a child may gain the same satisfaction level from one ice cream and two chocolates, or three ice creams and one chocolate. 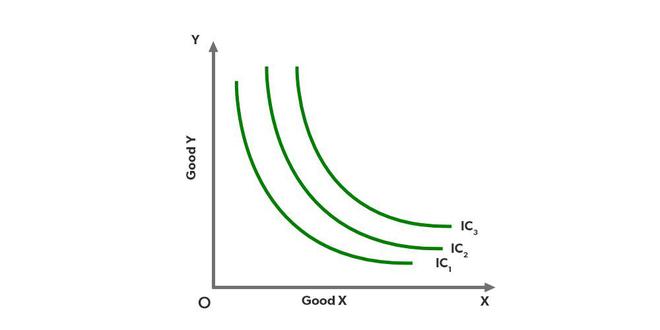 All points or bundles on an indifference curve that gives the same level of satisfaction to the consumer are known as Indifference Set.

Nisha is consuming two goods Chocolate and Ice-Cream, and is willing to consume different combinations of these goods to gain an equal level of satisfaction with each combination. These combinations are given in the below indifference schedule. Prepare an indifference curve for the same. 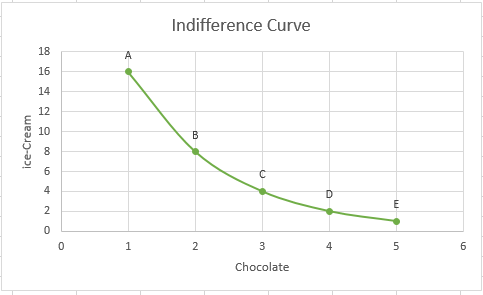 In the above graph, points or combinations A, B, C, D, and E provide the same satisfaction level to Nisha. It can also be seen that as Nisha is consuming one additional quantity of chocolate, she has to sacrifice or give up some quantity of ice cream. Therefore, when Nisha moves from Combination A to B to consume one extra chocolate, she has to sacrifice 8 units of ice-creams. Similarly, to move from Combinations B to C, C to D, and D to E, she has to sacrifice 4, 2, and 1 unit of ice-creams, respectively, for the consumption of one extra unit of chocolate at each movement. This sacrifice of units of a good to gain an additional unit of another good is known as the Marginal Rate of Substitution.

Marginal Rate of Substitution can be defined as the amount of Good Y sacrificed to obtain an additional unit of Good X without affecting the total satisfaction level. 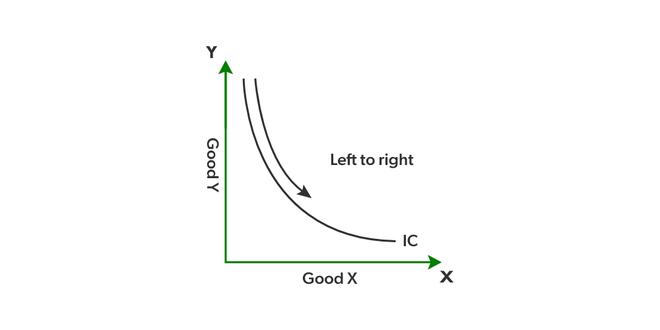 2. Indifference Curves are always convex to the point of origin

The shape of an indifference curve is based on the Diminishing Marginal Rate of Substitution. It means that to gain a single extra unit of a good, a consumer is willing to sacrifice more of another good. As in the case of Nisha (example above), to gain one more unit of chocolate, she is willing to sacrifice more units of ice-creams. This diminishing marginal rate of substitution gives a convex shape to an indifference curve.

However, there are two extreme scenarios for the shape of an indifference curve. 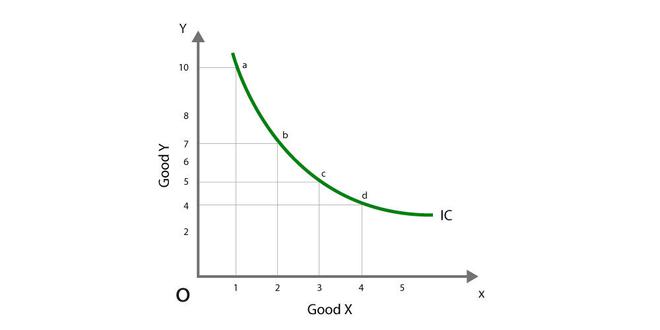 The Diminishing Marginal Rate of Substitution refers to the consumer’s willingness to part with less and less quantity of one good to gain one more additional unit of another good. 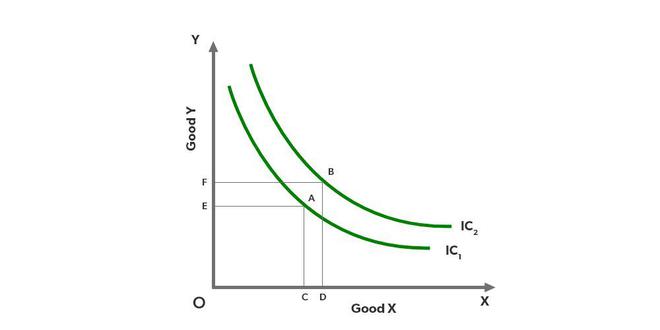 After comparing points A and B on IC1 and IC2, respectively, it can be seen that Bundle A involves OC of Good X and OE of Good Y. However, Bundle B involves OD of Good X and OF of Good Y, which shows that the consumer has more goods in Bundle B, which implies more utility or satisfaction level. Therefore, a higher indifference curve means a higher level of satisfaction. 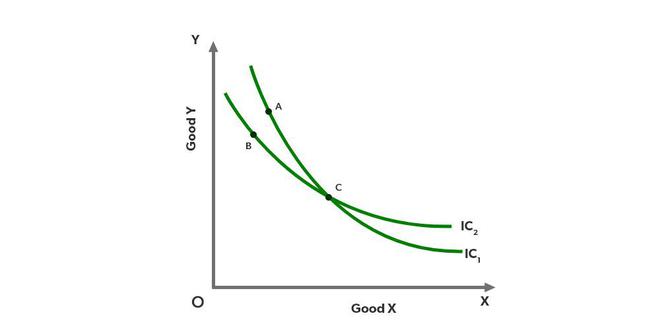 5. An Indifference Curve never touches either of the axes 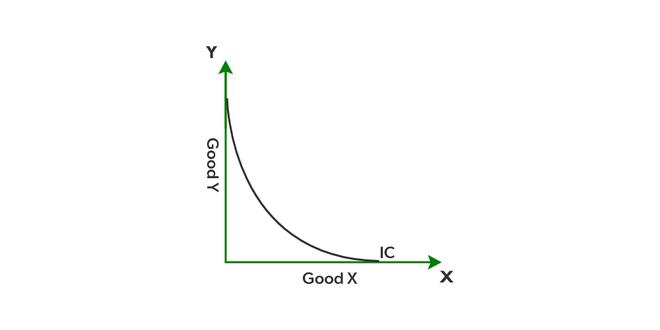