What is Dynamic Routing in Computer Network?

Routing is a procedure of making decisions in which the router (which is a hardware device used in networking to receive and send data in the form of packets on a network) selects the best path to make data transfer from source to destination. A router exists in the network layer in the OSI as well as TCP/IP model. Some functions of a router are:

Static and Default routing has some drawbacks, due to which Dynamic Routing was introduced.

Drawbacks of Default routing was:

To overcome the shortcomings of static and default routing, Back in the 1980s, the first-ever Dynamic routing was used in a computer and the protocol which was used in it was the RIP(routing information protocol).

Dynamic routing is known as a technique of finding the best path for the data to travel over a network in this process a router can transmit data through various different routes and reach its destination on the basis of conditions at that time of communication circuits. 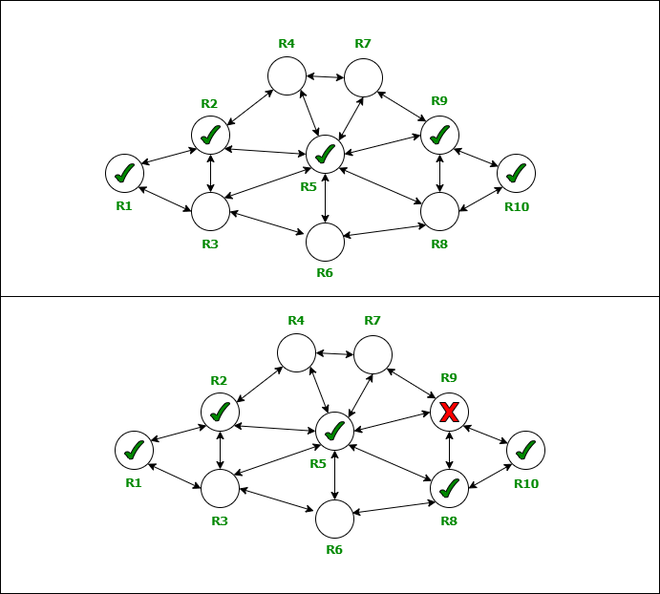 Dynamic routers are smart enough to take the best path for data based on the condition of the present scenario at that time of the network. In case one section fails in the network to transfer data forward dynamic router will use its algorithm (in which they use routing protocols to gather and share information of the current path among them) and it will re-route the previous network over another network in real-time. And this amazing capability and functionality to change paths in real-time over the network by sharing status among them is the key functionality of Dynamic Routing. OSPF (open shortest path first) and RIP are some protocols used for dynamic routing.

Unlike the static routers in which the admin was there to reconfigure the change in the router, here it itself changes the route and finds the best network/path. 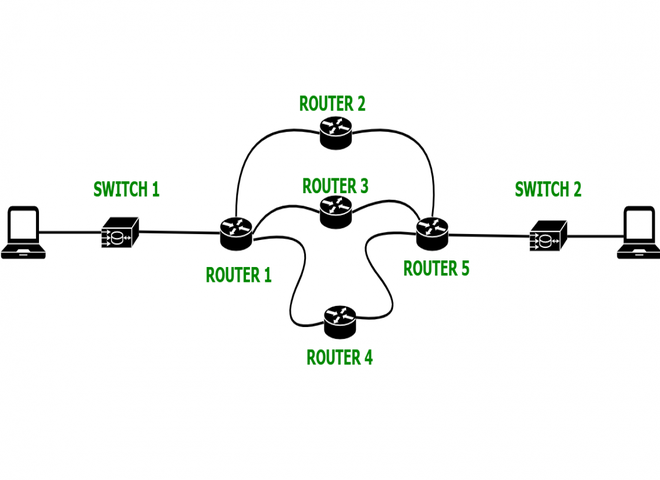 First, A routing protocol (a protocol that states how the information is going to share between routers and how are they going to communicate with each other to share/distribute information between nodes on a network) must be installed in each router in the network to share information among each other.
Second, it is started manually to go to the first routing table of the router with router information, and then after that it goes on automatically with the help of a dynamic routing algorithm and dynamically forms the routing table for the rest of the routers in the network.
Third, then the routing information is exchanged among the routers so in case if the network goes down or the router fails to work and share information with its connected routers then the routing table of each router is modified correctly to that present condition so that it never fails to deliver information to the destination.
Fourth, hosts are present to check or match the default gateway address to the IP addresses of the local router.

Dynamic protocols were introduced to:

There are three main components that were used in dynamic routing: 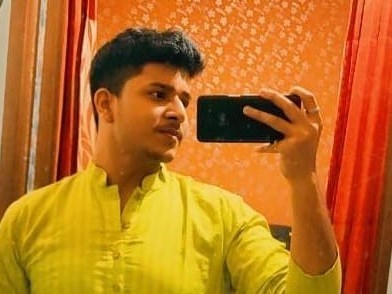