What is Docker Hub?

Docker Hub is a repository service and it is a cloud-based service where people push their Docker Container Images and also pull the Docker Container Images from the Docker Hub anytime or anywhere via the internet. It provides features such as you can push your images as private or public. Mainly DevOps team uses the Docker Hub. It is an open-source tool and freely available for all operating systems. It is like storage where we store the images and pull the images when it is required. When a person wants to push/pull images from the Docker Hub they must have a basic knowledge of Docker. Let us discuss the requirements of the Docker tool. 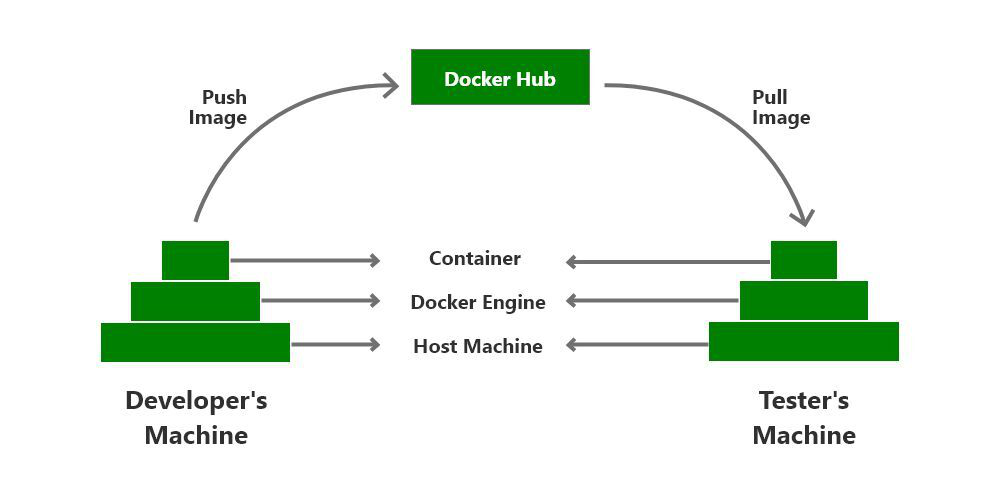 Docker Container Images are light in weight. We can push the images within a minute and with help of a command. It is a secure method and also provides a feature like pushing the private image or public image. Docker hub plays a very important role in industries as it becomes more popular day by day and it acts as a bridge between the developer team and the testing team. If a person wants to share their code, software any type of file for public use, you can just make the images public on docker hub.

How to push or pull images from Docker Hub?

To get started with Docker Hub you should be able to get familiar with the below two commands:

This command as the name suggests itself is used to push a docker image onto the docker hub.

Implementation: Follow this example to get an idea of the push command: 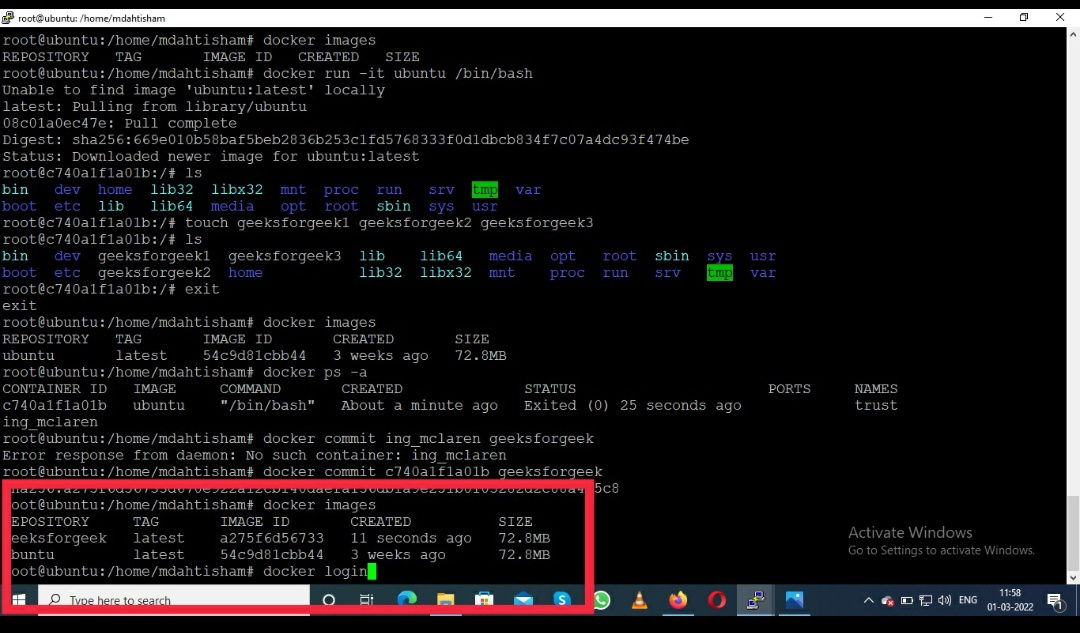 The above command will list all the images on your system.

1.1: Go to the browser and search hub.docker.com.

1.3: Back to the docker terminal and execute the below command:

1.4: Then give your credential and type in your docker hub username or password. 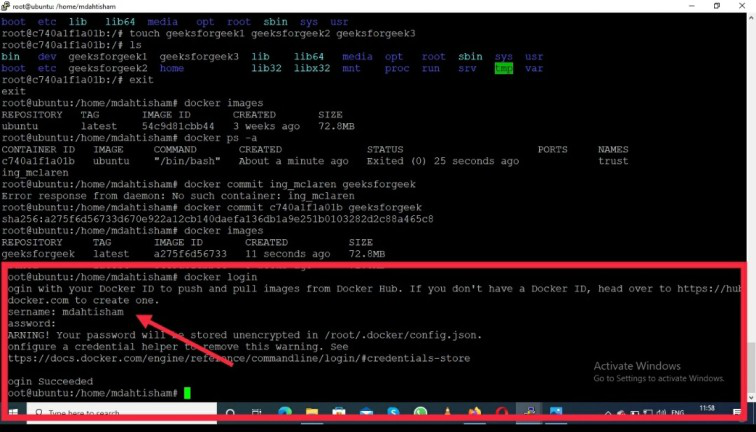 1.5: After that hit the Enter key you will see login success on your screen. 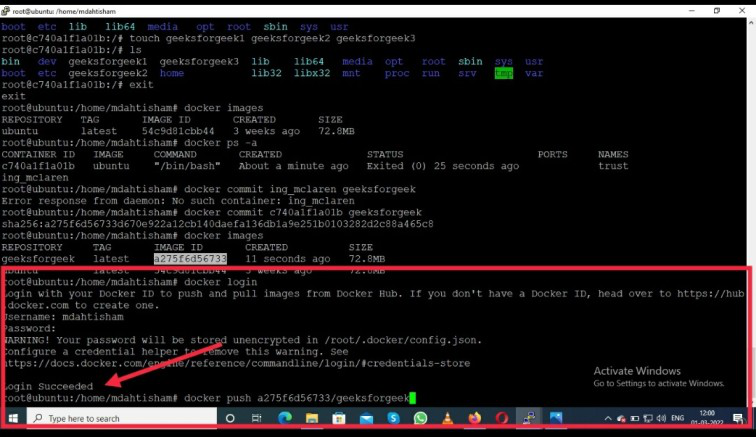 1.6: Then type the tag images name, docker hub username, and give the name it appears on the docker hub using the below command:

1.7: Now push your image using the below command: 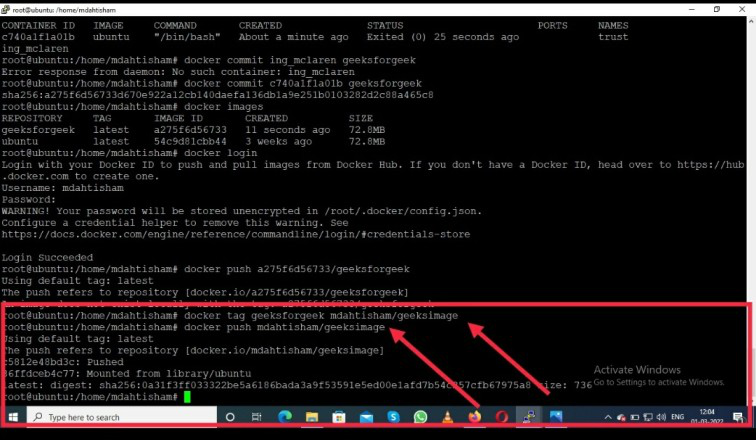 Below you can see the Docker Image successfully pushed on the docker hub: 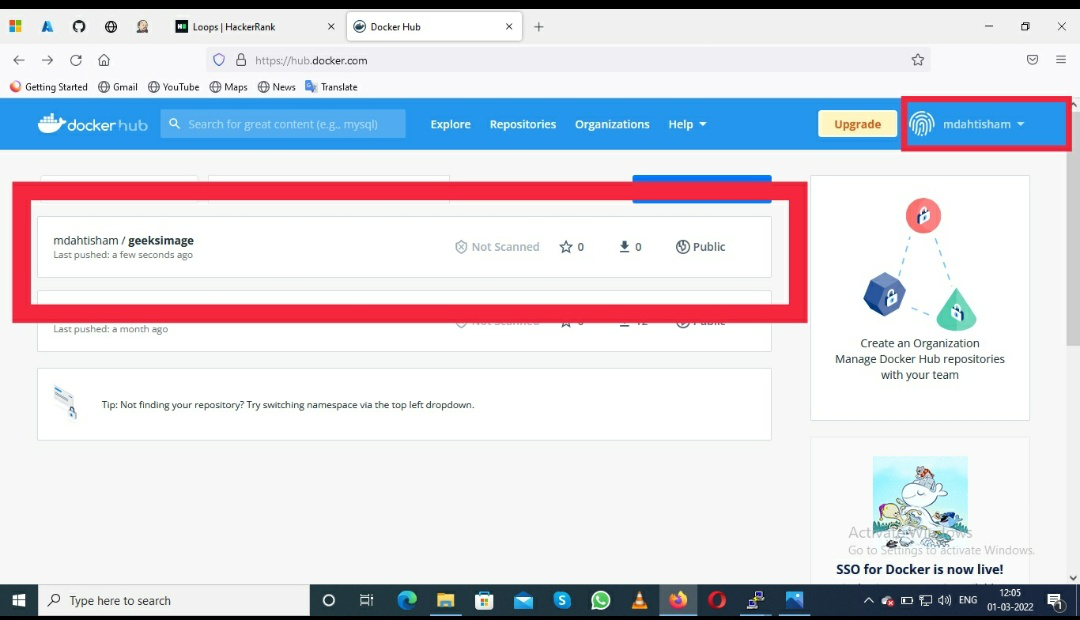 The pull command is used to get an image from the Docker Hub.

Follow the example to get an overview of the pull command in Docker:

2.1: Now you can search the image using the below command in docker as follows:

One can see all images on your screen if available images with this name.

.2.2: Now pull the image see the below command. 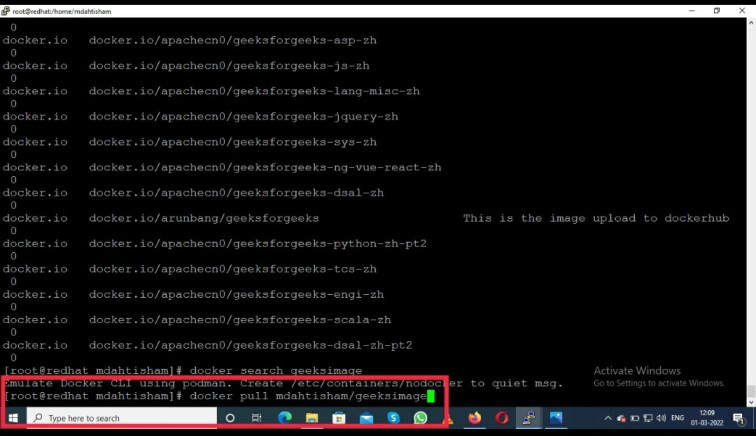 2.3: Now check for the pulled image using the below command as follows: 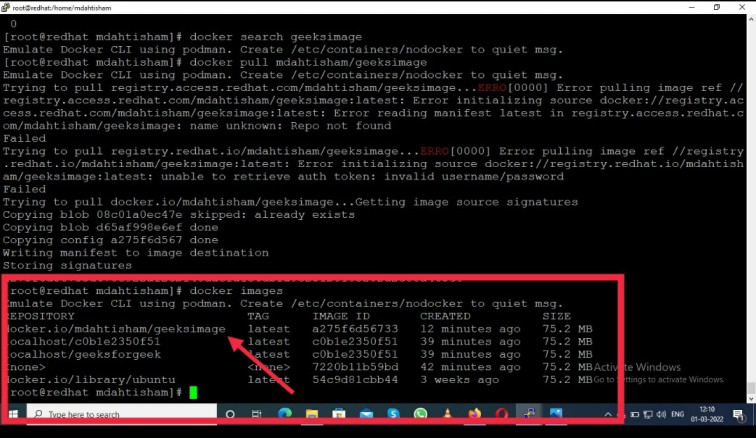 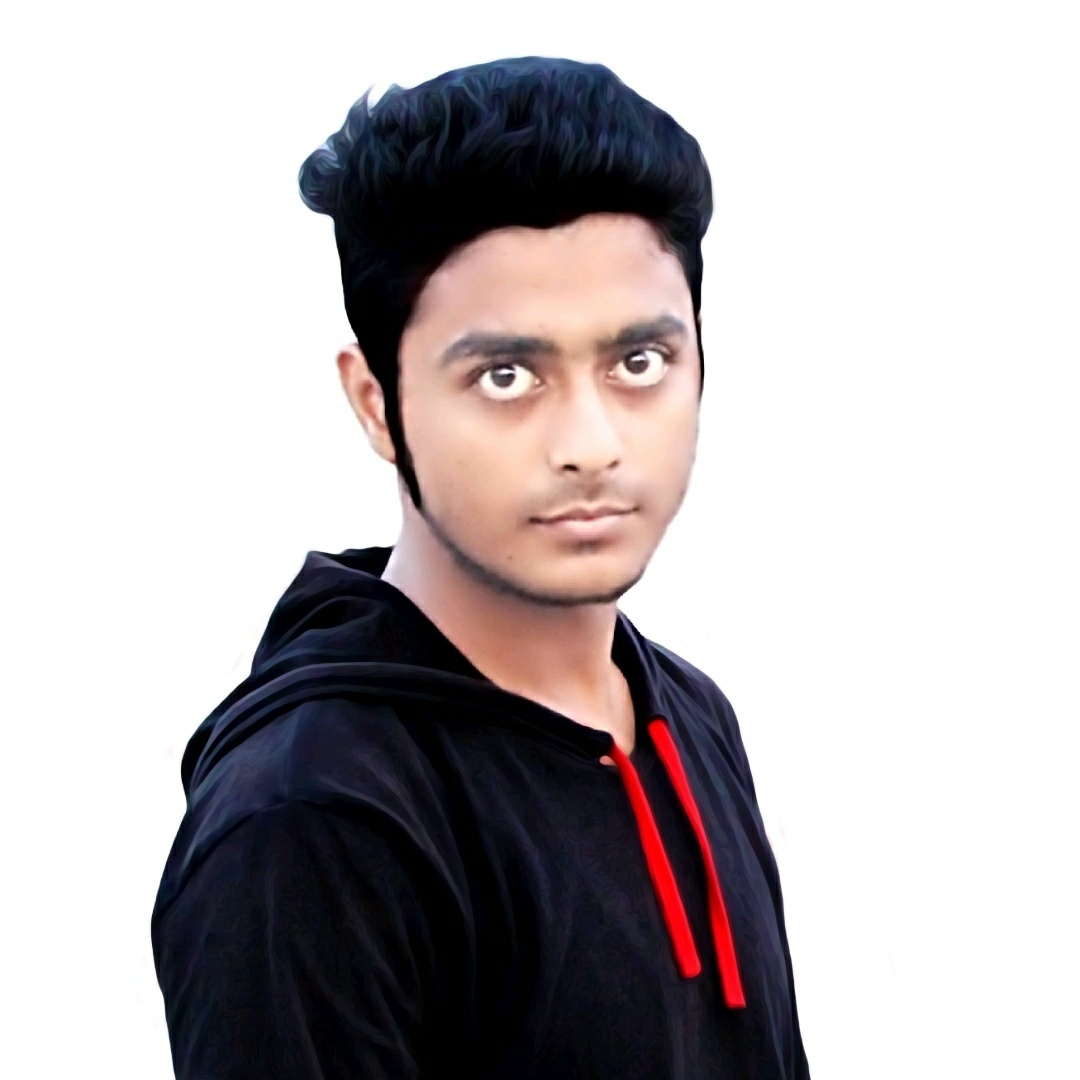