Diffusion in Water: When a food colour is added to water. the whole water changes into the colour of food colour due to diffusion

Diffusion in Air: when we spray perfume on one side of the room its fragrance spreads in the whole room 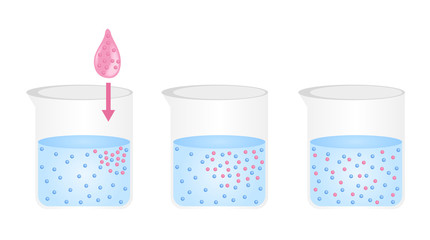 There are classified mainly into two types

When the cell membrane wants glucose but glucose is a big molecule so it’s not crossed the cell membrane and sodium-calcium are charged so it’s repelled by a membrane in this situation substances transfer across the membrane certain, integral membrane proteins or transmembrane required it is called as facilitated diffusion

Question 1: What is diffusion?

Question 2: What is dialysis?

The diffusion is mainly in our lung breathing process the oxygen and carbon dioxide are moving through the cell membrane with the process of diffusion. Diffusion is important for the normal daily process that occurs in a living cell. Need for maintaining the concentration gradient around the cell membrane, in the excretion system to remove waste, for nutrition in the lower organism.