What is Apache Airflow?

Apache Airflow is an open-source tool to programmatically author, schedule, and monitor workflows. It is used by Data Engineers for orchestrating workflows or pipelines. One can easily visualize your data pipelines’ dependencies, progress, logs, code, trigger tasks, and success status. Complex data pipelines are managed using it. These data pipelines are used to deliver datasets that are easily used by business intelligence applications or machine learning models where a huge amount of data is required. It is one of the most robust platforms for data engineers. Batch-oriented workflows are developed, scheduled, and monitored efficiently. Apache Airflow is a workflow engine that  easily schedules and runs  complex data pipelines

Working of Airflow and DAG:

Workflow refers to the process of achieving some goal. They always have an end goal which could be something like creating visualizations for some data as given here. Directed Acyclic Graphs (abbreviated as DAG) are used to represent the workflow. 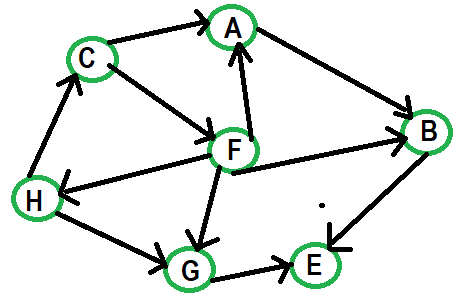 In the above-directed graph, if we traverse along the direction of the edges, and find no closed loop, we can conclude that no directed cycles are present. This type of graph is called a directed acyclic graph.

This is a workflow that shows that in order to create visualizations, various datasets are needed to be loaded independently and then processed. Loading datasets can be performed in parallel since they’re independent of each other.

Airflow has 4 important components that are very important in order to understand how Airflow works.

Since workflows are defined as Python codes they can be stored in version control so that they can be rolled back to previous versions. Workflows can be developed by multiple people simultaneously. A vast collection of existing components can be built since workflow components are extensible.