What is a DNS Amplification Attack?

A DNS (domain name system) Amplification Attack is basically a type of DDoS (denial-of-service) attack. It uses different technologies to attack the network by disabling it and not allowing legitimate users to use it.

After that, the servers become so busy in handling the queries and traffic that they cannot request any other service from the legitimate users and the attacker finally gets his thing done as the denial-of-service. 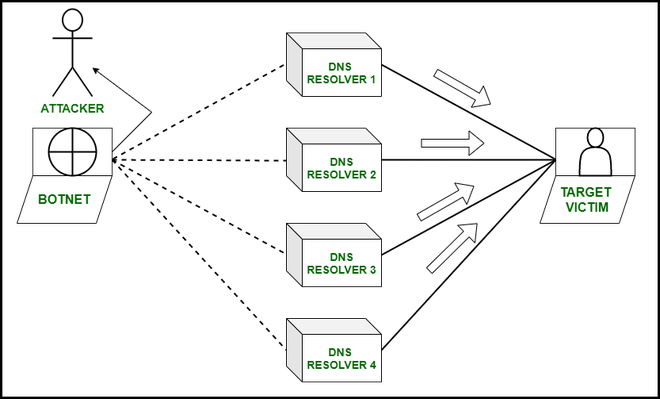 Steps in a DNS Attack :