What is a Designated Port?

A bridge device is equipped with two (or more) ports. The one connected on side where the STP root is located is referred to as the ‘root port.’ A ‘designated port’ is a port that does not face the root but forwards traffic from another segment at the lowest possible cost. 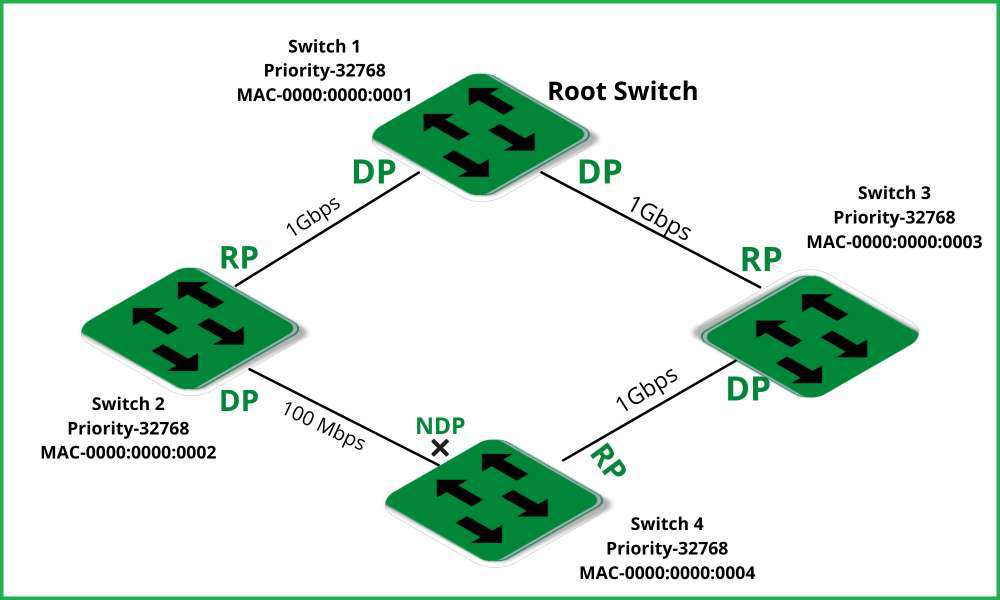 So the only other section not included in the figure is Switch 2 -> Switch 3. One of the ports connecting that segment must forward traffic to that segment; otherwise, that segment will never receive traffic. But they can’t both forward since it would create a loop, i.e. a packet sent from Switch 1 would travel to Switch 3 -> Switch 2 and back to Switch 1 and so on.

So Switch 2 and Switch 3 compare prices on that segment in the BPDUs delivered between them, and one of them, in this example Switch 3, has a lower cost. It forwards its port, transforming it into a DP. Switch 2 must now put its port into blocking mode to break the loop.