What is a Bubble Memory ?

The arrangement of magnetic material is made in such a way that a series of parallel tracks is formed for moving the bubbles whenever the external magnetic field is applied. It was only a few square inches in size, which included a thin film magnetic recording layer in which bubbles (bits) were electromagnetically created in circular strings.

The rotation of bubbles corresponds to the equivalent of a read/write head for their reading or writing. The bubbles are read by bringing them to the material’s edge, where they may be read by a normal magnetic pickup, and then rewritten on the far side to keep the memory cycling. 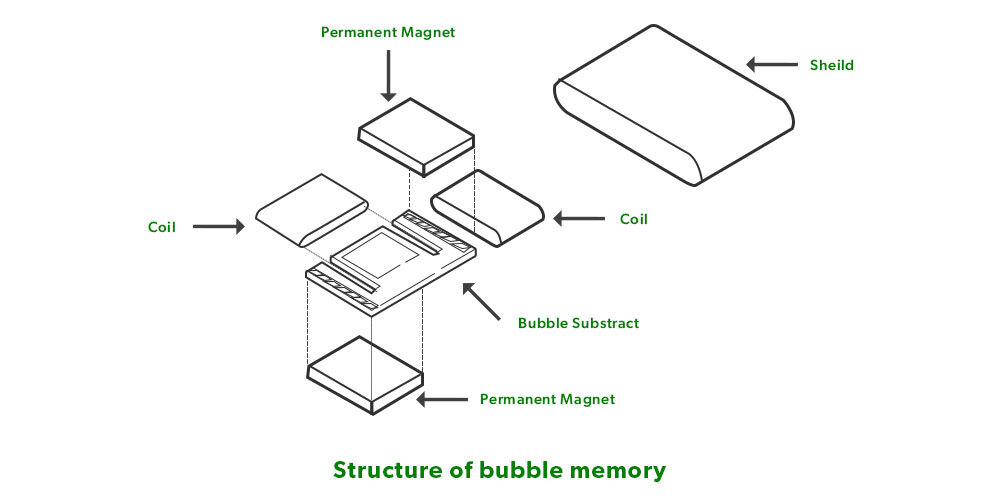 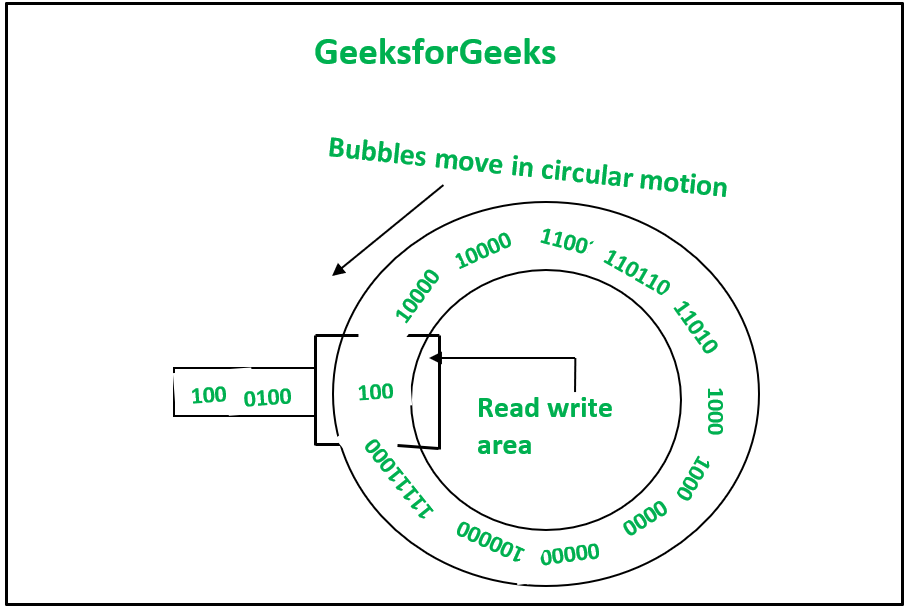