Lipids are one of the significant macromolecules present in our bodies. Lipids are not polymers they aren’t made out of monomers. Lipids play different parts in many key biological capabilities, for example, they act as structural components of cell membranes, act as energy storage sources, and partake in signaling pathways. Edible lipids comprise roughly 25-28% of the eating regimen and they act as a beginning material for the creation of numerous significant items like cleanser items. The job of lipids in the diet routine has gotten a lot of consideration in light of the obvious association between saturated fats and blood cholesterol with arterial disease problems. Lipids are the main energy stockpiling com­pounds in the set of all animals. Plants store the greater part of their energy as carbs, basically as starch. Furthermore, lipids give protection to the crucial organs, shielding them from mecha­nical shock and keeping up with ideal internal heat levels. Lipids are necessary parts of cell layer structure and are related to transportation across cell films.

The term lipid is defined as a family group of heterogeneous organic compounds which are soluble in non-polar solvents. Lipids naturally occur in most plants, animals, and microorganisms and are used as cell membrane components, energy storage molecules, insulation, and hormones. These chemical features are present in a broad range of molecules such as fatty acids, phospholipids, sterols, sphingolipids, terpenes, and others. Structurally, they are esters or amides of fatty acids. These molecules can be soluble in non-polar solvents but can’t be soluble in water.

Lipids are made up of two molecules, glycerol, and fatty acids. Glycerol molecule consists of three carbon atoms with a hydroxyl group attached to it and Fatty acids are the long chains of hydrocarbons with a carboxylic acid group at the end. 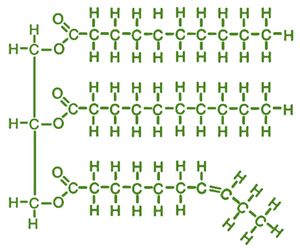 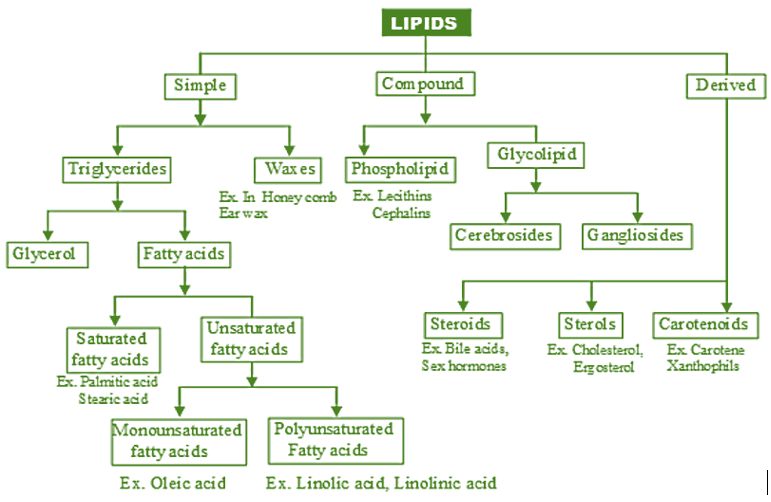 Lipids are mainly classified into three types. They are simple, complex, and derived lipids.

It is a colorless, odorless, viscous liquid that is sweet-tasting and non-toxic. The glycerol backbone is found in those lipids known as glycerides. It is a simple polyol compound. 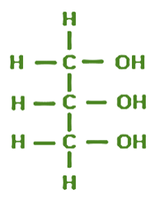 It consists of single C-C single bonds. These molecules fit closely together in a regular pattern and strong attractions between fatty acid chains. These fatty acids have high melting points, which makes them solid at room temperature. Examples of saturated fatty acids are palmitic acid and stearic acid.

Fats play an essential role in the body including:

Waxes are usually saturated with long chain monohydric alcohols. They are the simple esters of fatty acids. Here are some of the examples:

Complex or compound lipids are the esters of fatty acids with groups along with alcohol and fatty acids. Examples are Phospholipids, Glycolipids.

Phospholipids are constituents of cellular membranes. An ester is formed when a hydroxyl reacts with a carboxylic acid and losses H2O. Phospholipids are also known as phosphatides, are classes of lipids whose molecule has a hydrophilic head and two hydrophobic tails. A head containing a phosphate group and tails derived from fatty acids joined by a glycerol molecule. They serve as emulsifiers.

There are two types of phospholipids:

Glycerophospholipids are the class of phospholipids containing glycerol as alcohol, two fatty acids, and phosphate. It is the most abundant lipid in the cell membrane.

Sphingophospholipids are the class of phospholipids containing sphingosine as alcohol. It produces ceramide by an amide linkage to a fatty acid. Ceramide is an important component of skin. It acts as a second messenger to regulate programmed cell death.

It is a structural lipid, an essential part of the cell membrane. They are lipids with a carbohydrate, attached by a glycosidic bond. They act as receptors at the surface of the red blood cell. It helps in the determination of an individual blood group. It has an important role in maintaining of stability of the cell membrane. It kills the pathogens to help the immune system of the body. Cerebrosides and Gangliosides are the two types of Glycolipids.

Steroids are found in the cell membrane and have fused ring structures. Many steroids have -OH functional groups, they are also hydrophobic and insoluble in water. All the steroids have 4 linked carbon rings and most of them have a short tail. Steroids also act as hormones in the body.

Sterols are the solid steroid alcohols that are widely present in plants and animals such as cholesterol and ergosterol. They are the subgroup of steroids, which naturally occur in most eukaryotes. They are found in animal products. They are used to make bile for digestion in the body. Sterols can have greater than half of the membrane lipid content in cells and they are known to alter membrane structure and fluidity.

Carotenoids are lipid-soluble compounds. They are pigments that are mainly responsible for many of the yellow and red colors of plant and animal products. Carotenoids consist of carotenes and xanthophylls. A class of hydrocarbons is carotenes and its oxygenated derivatives are xanthophylls. They give the color to many fruits and vegetables. They have antioxidant and anti-inflammatory properties for humans. Carotenoids are important in the health of the human eye.

Question 1: What are essential and non-essential fatty acids?

Based on the requirement of the human body, lipids are categorized into essential and non-essential fatty acids:

Question 2: What are good fat and bad fat?

Question 3: What methods are used for the lipid analysis?

Question 4: What is the functions of phospholipids:

The functions of phospholipids are:

Question 5: What are the types of lipids?

Lipids without fatty acids are Steroids.

Question 6: What are triglycerides and their types?

Triglycerides are the lipid molecules that are esters formed from one glycerol molecule associated with three fatty acid molecules. Natural fats are mixtures of mixed triglycerides with a small number of simple triglycerides. There are two types:

Question 7: Why omega 3 and 6 fatty acids are essential?