Communication is an important part of human existence and as time has passed the need for communicating has increased. Initially, letters/mails were written to carry out communication between large distances but this mode of communication required a lot of time. Therefore, as time passed humans devised different methods to reduce the time gap in communication. 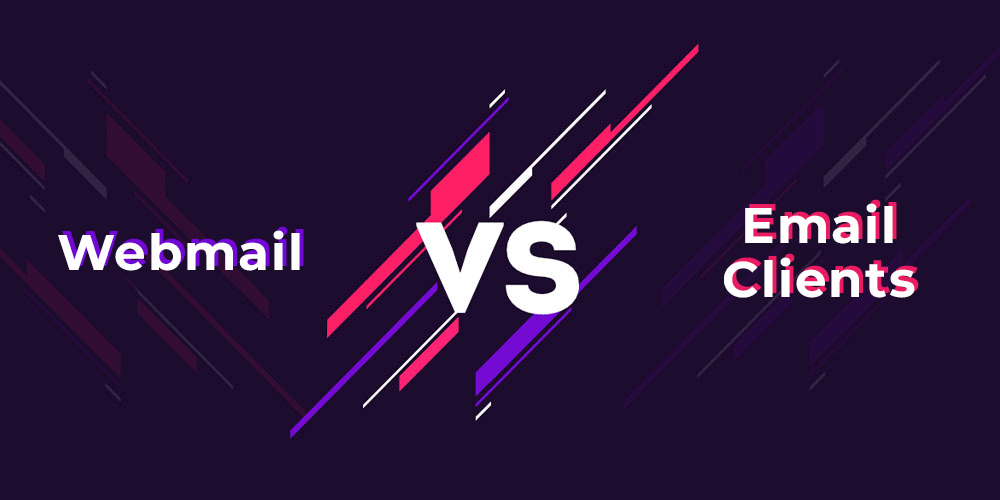 To understand the difference between Webmail and email client, we first need to get familiar with their proper definition but before that with mail. So a simple google search reveals that mail is nothing but “the system for collecting and sending letters and packages” meaning it is a form of communication. When we involve the internet in this system of communication it becomes E-mail or Electronic mail, simply because the transfer of information now takes place electronically.

Webmail is a more advanced technology that allows the user to manage emails without having to install fancy and huge software on their computer machine, they achieve this by hosting their service on the cloud. Webmail is provided by many companies and ISPs. Since they are hosted on the cloud they require an internet connection, also the emails cannot be downloaded or modified in the offline mode. This necessity for an internet connection constitutes the disadvantage of using webmail.

Also known as an email reader, Message User Agent (MUA) is a software program that proves to be a beneficial tool for the user to manage and access his/her emails, even if it is a hardware part with its main aim being email management then also it might be called as an email client. It works by communicating with a Mail Transfer Agent (MTA) for the receipt and storage of the client’s email. The MTA loads the messages on the user storage via some Mail Delivery Agent (MDA). The emails have to be manually downloaded for them to be available on the user’s computer.

A user’s mailbox can be accessed in two ways:

Now coming to the difference between Webmail and Email, it is mainly due to their working platform.

So which is better and what might be preferred?

Email client and webmail both have their own benefits and shortcomings and therefore it depends on an individual’s requirements as to what might suit him/her the best.

Hence, as a conclusion, both have their own pros and cons but the lifestyle of a person might prefer one over the other, but in general scenario, webmail seems like a much better option because of ease of access, setup and time.