Virtual LAN (VLAN) is a concept in which we can divide the devices logically on layer 2 (data link layer). Generally, layer 3 devices divide broadcast domain but broadcast domain can be divided by switches using the concept of VLAN.

Configuration –
We can simply create VLANs by simply assigning the vlan-id and Vlan name.

Here, 2 is the Vlan I’d and accounts is the Vlan name. Now, we assign Vlan to the switch ports.e.g-

Also, switchport range can be assigned to required vlans. 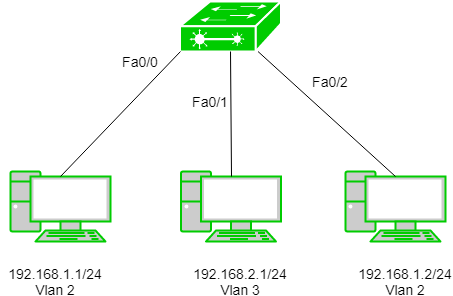 We have made VLANs but the most important part is to assign switch ports to the VLANs.

Types of connections in VLAN –

Virtual LANs (VLANs) are widely used in cloud computing environments to improve network performance and security. Here are a few examples of real-time applications of VLANs: