A variable is a name given to a memory location. It is the basic unit of storage in a program.

How to declare variables?

A typical variable declaration is of the form:

A variable name can consist of alphabets (both upper and lower case), numbers and the underscore ‘_’ character. However, the name must not start with a number. 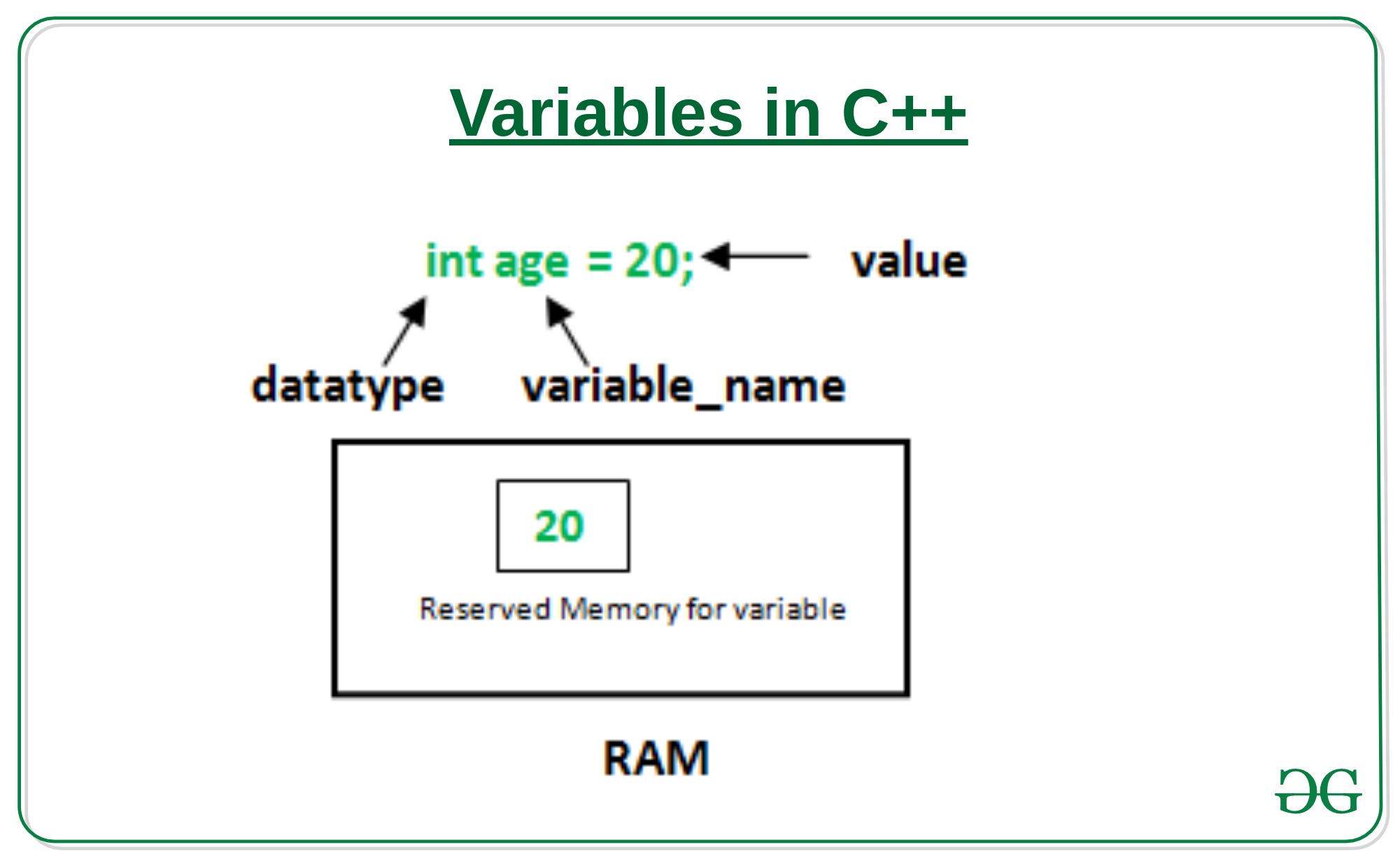 In the above diagram,

Difference between variable declaration and definition 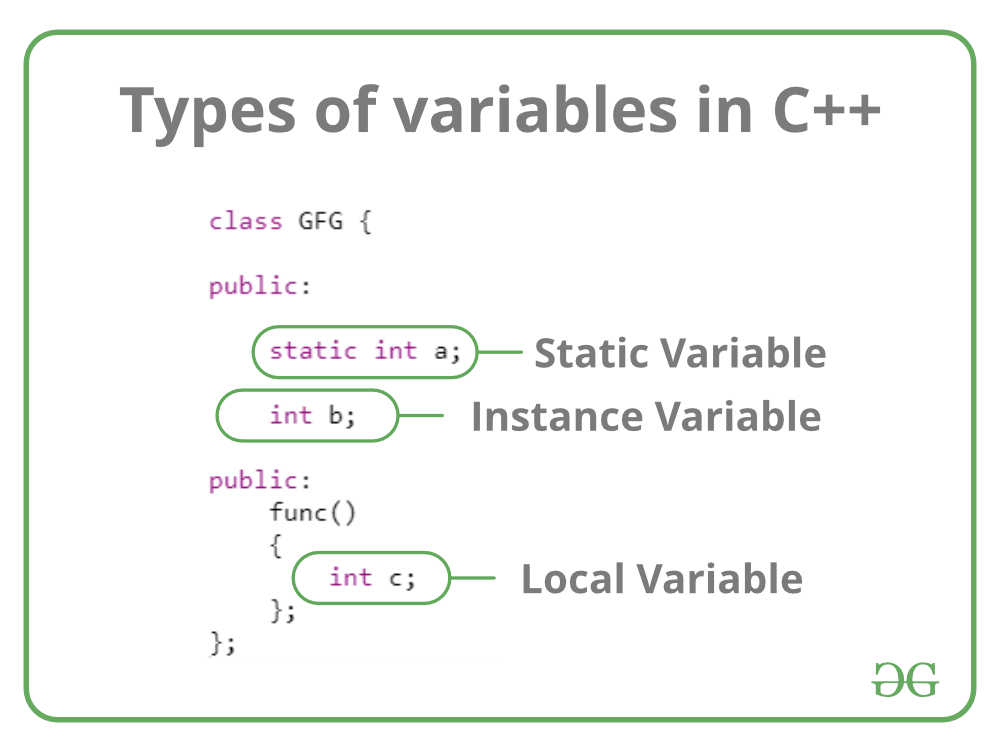 Let us now learn about each one of these variables in detail.