Go routines are a great selling point for golang, making it a choice of a lots of developers out there. In this post we will see a common problem with these goroutines and try to solve it.


As you just saw there was nothing in the output, this because as soon as you launch both the goroutines, your main function just got terminated. And every program in Golang executes until main function is not terminated. So, what can we do with this problem

1. We can wait for some time after launching the runners, for this purpose we will use “time” packages function “Sleep” which pauses the execution of function for given duration,

We just solve the problem, after launching our runners we wait for a second, so our main function was sleeping(blocked) for 1 sec. In that duration all of the go routines were executed successfully. But Golang is a fast language, It doesn’t take 1 sec to just print 2 strings.

The problem is that, our executors executes in bit amount of time so we unnecessarily  blocking the program for 1 sec. In this example it doesn’t seems to be a critical problem but if you making a production grade server who is going to serve 1000’s of request concurrently this will be a big problem.

2. Let’s use another Golang’s standard library primitive “sync.WaitGroup“. WaitGroup is actually a type of counter which blocks the execution of function (or might say A goroutine) until its internal counter become 0.

Note: WaitGroup is concurrency safe, so its safe to pass pointer to it as argument for Groutines.

The output is same but we out program doesn’t block for 1 sec . Pattern, we showed you above is a common practice in writing concurrent code in Golang.

Previous
Buffered Channel in Golang
Next
Race Condition in Golang
Related Articles
1. Golang | Polymorphism Using Interfaces
2. How to Create Custom Errors using New Function in Golang?
3. How to iterate over an Array using for loop in Golang?
4. How to create a Struct Instance Using a Struct Literal in Golang?
5. How to Calculate the Average using Arrays in Golang?
6. How to instantiate Struct using new keyword in Golang?
7. Golang Program that Removes Duplicates Using Nested Loops
8. How to Fix Race Condition using Atomic Functions in Golang?
9. How to Copy Struct Type Using Value and Pointer Reference in Golang?
10. How to Split Text Using Regex in Golang?
Article Contributed By : 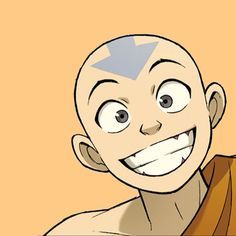