Update View refers to a view (logic) to update a particular instance of a table from the database with some extra details. It is used to update entries in the database for example, updating an article at geeksforgeeks. So Update view must display the old data in the form and let user update the data from there only. Django provides extra-ordinary support for Update Views but let’s check how it is done manually through a function-based view. This article revolves around Update View which involves concepts such as Django Forms, Django Models.

For Update View, we need a project with some models and multiple instances which will be displayed. Basically, Update view is a combination of Detail view and Create view.

Illustration of How to create and use Update view using an Example. Consider a project named geeksforgeeks having an app named geeks.


For Update_view one would need some identification to get a particular instance of the model. Usually it is unique primary key such as id. To specify this identification we need to define it in urls.py. Go to geeks/urls.py,


Let’s create these views with explanations. In geeks/views.py,


Let’s check if everything is working, visithttp://localhost:8000/1/update. 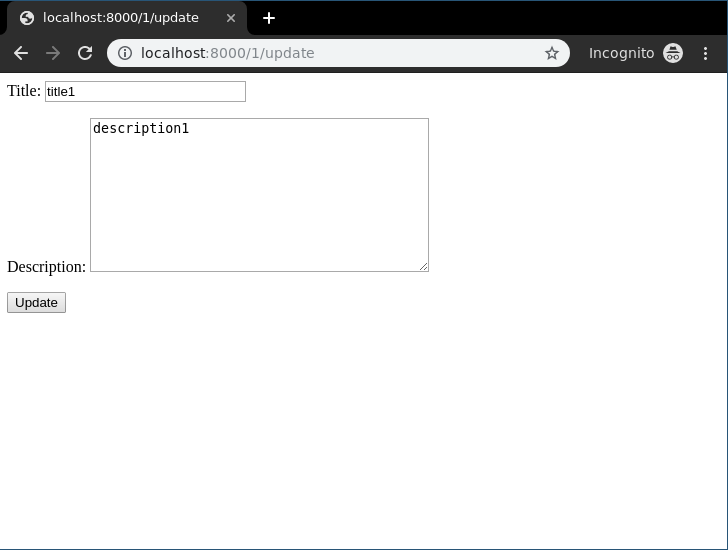 Here you can see the form with data already filled from the instance, Now one can edit this data and update it easily, let’s check it out 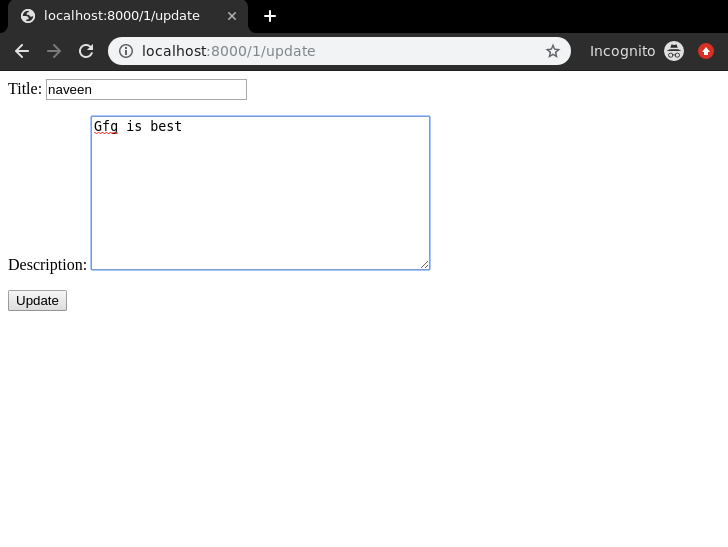 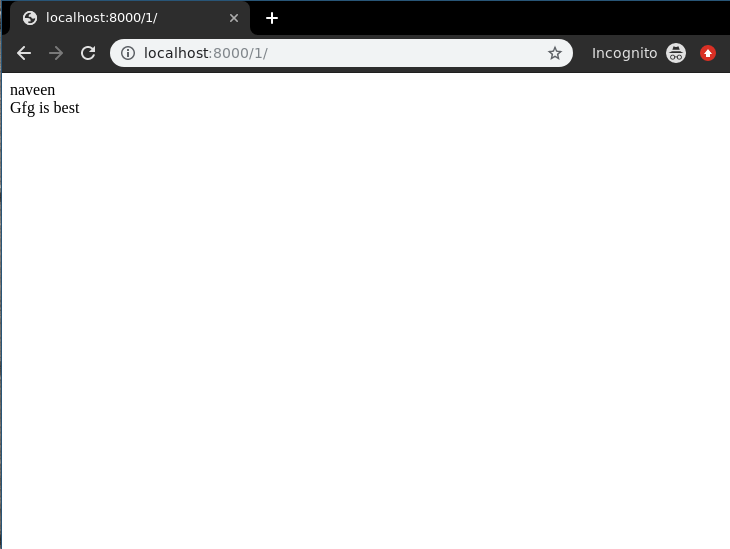