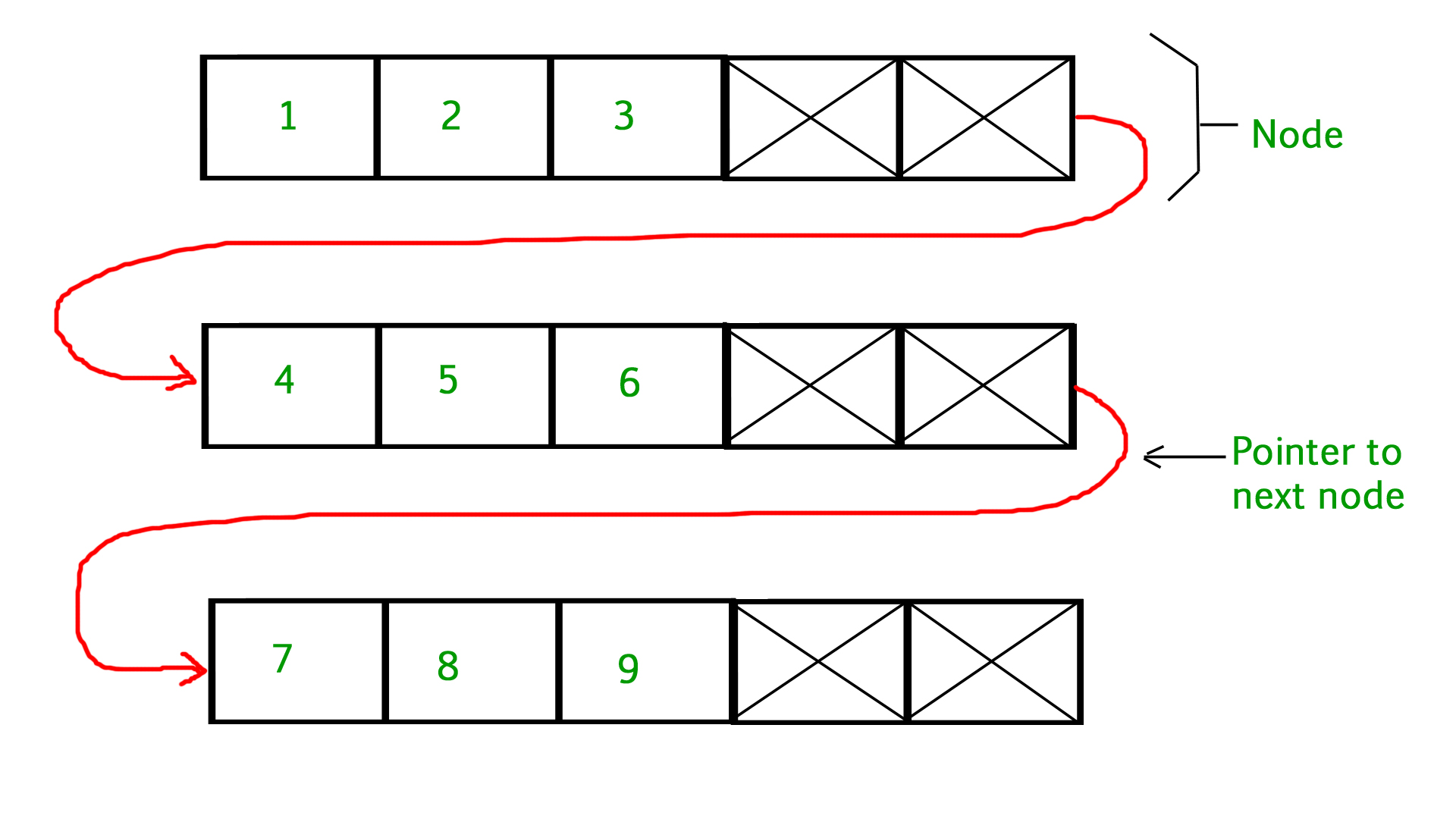 So taking the above example if we want to search for the 7th element in the list we traverse the list of blocks to the one that contains the 7th element. It takes only O(sqrt(n)) since we found it through not going more than sqrt(n) blocks.

The below program creates a simple unrolled linked list with 3 nodes containing a variable number of elements in each. It also traverses the created list.

In this article, we have introduced an unrolled list and advantages of it. We have also shown how to traverse the list. In the next article, we will be discussing the insertion, deletion, and values of maxElements/numElements in detail.