A state diagram is used to represent the condition of the system or part of the system at finite instances of time. It’s a behavioral diagram and it represents the behavior using finite state transitions. State diagrams are also referred to as State machines and State-chart Diagrams. These terms are often used interchangeably. So simply, a state diagram is used to model the dynamic behavior of a class in response to time and changing external stimuli. We can say that each and every class has a state but we don’t model every class using State diagrams. We prefer to model the states with three or more states.

Firstly let us understand what are Behavior diagrams? There are two types of diagrams in UML :

The state diagram above shows the different states in which the verification sub-system or class exist for a particular system.

Basic components of a statechart diagram –

Steps to draw a state diagram – 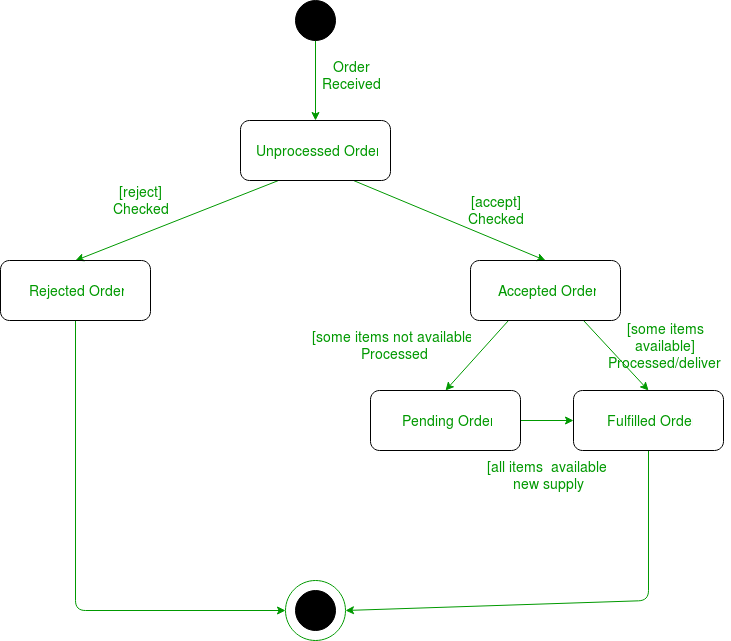 The UMl diagrams we draw depend on the system we aim to represent. Here is just an example of how an online ordering system might look like :

Note – Here we could have also treated fulfilled order and rejected order as final states separately.