Understanding “Things” in Internet of Things

Here the word ‘Things’ refers to these machines or physical objects so it becomes important to understand what kind of objects can be connected via Internet. We can categories these objects into categories – 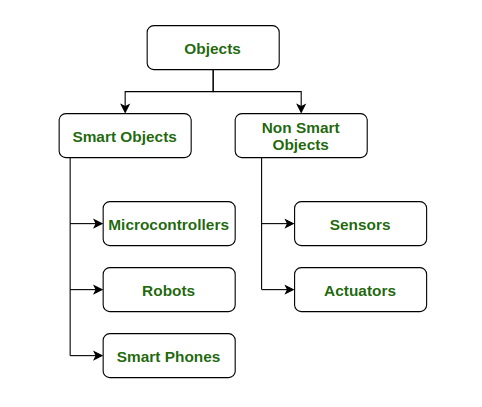 Smart Objects :
As the name suggests smart objects are objects having some intelligence. Now the world has changed enough to alter our everyday objects into smart objects which can communicate, react, and identify other objects according to the environment. The key concept of IoT is to reduce human interaction in any framework and smart objects fulfill this requirement to a great extent. That is why Smart Objects are called building blocks of Internet of Things. Smart objects and IoT are like two wheels of a vehicle which move together to speed up the vehicle of our modern infrastructure.

Definition of Smart Object :
“Smart objects are those physical and digital objects which can be identified, have sensing/actuating capabilities, processing and calculating powers, also storing, and networking capabilities.”

Features of Smart Object :
Smart objects have some specific features which are necessary for calling a physical object as smart object. We will discuss these features below – 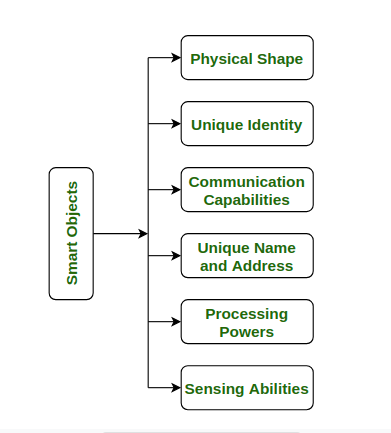 Non-Smart Objects :
Non-smart objects are generally those objects which do not have intelligence and processing capabilities. Sensors and actuators are non-smart devices.