HTML forms contain two encodings, the URL Encoded Forms and the multipart Forms. The encoding in an HTML form is determined by an attribute named ‘enctype‘. This attribute can have three values:

URL Encoded Forms: The data that is submitted using this type of form encoding is URL encoded, as very clear from its name.


The above form is submitted to the server using the POST request, suggesting that it’s a body and the body in this form is URL encoded. It is created by an extended string of (name, value) pairs. Each pair of these strings are separated by a &(ampersand) sign and the name is separated by an = (equals) sign from the ‘value’.

It is clearly visible that the URL encoded body and the query parameters look similar. In fact, they are similar.

Multipart Forms: These types of forms are used when the user uploads some files on the server.


In the above form, some spaces are introduced in the username value and the action value in the form is changed to ‘multipart/form-data‘ to use the functionality of multipart forms.

It can be clearly seen from above in the query parameters and the form body that the spaces are replaced by ‘%20’.

Previous
How to dragleave fired when hovering a child element in HTML 5?
Next
How to create Hover animations on Button ?
Related Articles
1. Explain the concept of URL Encoding & Describe the need for encoding in HTML
2. Define multipart form data
3. HTML | URL Encoding
4. How to specify how form-data should be encoded when submitting to server ?
5. How to specify the form-data should be encoded when submitting it to the server in HTML5?
6. How to hide credential information form URL while submitting the HTML Form?
7. What is URL Locator & what are common schemes used for the URL in HTML ?
8. HTML | DOM Input URL form Property
9. How to fix “No character encoding declared at document level” in HTML Document ?
10. HTML Course | Understanding and Building Project Structure
Article Contributed By : 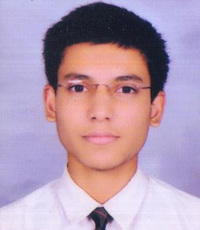