Understanding Classes and Objects in Java

The term Object-Oriented explains the concept of organizing the software as a combination of different types of objects that incorporates both data and behavior. Hence, Object_oriented programming(OOPs) is a programming model, that simplifies software development and maintenance by providing some rules. Programs are organised around objects rather than action and logic. It increases the flexibility and maintainability of the program. Understanding the working of the program becomes easier, as OOPs brings data and its behavior(methods) into a single(objects) location.

Basic concepts of OOPs are:

This article deals with Objects and Classes in Java.

Requirements of Classes and Objects in Object Oriented Programming

Classes: A class is a user defined blueprint or prototype from which objects are created. It represents the set of properties or methods that are common to all objects of one type. Classes are required in OOPs because:

Objects: It is the basic unit of Object Oriented Programming and it represents the real life entities.
Real-life entities share two characteristics: they all have attributes and behavior.

An object consists of:

Example to demonstrate the use of Objects and classes in OOPs

As we declare variables like (type name;). This notifies the compiler that we will use name to refer to data whose type is type. With a primitive variable, this declaration also reserves the proper amount of memory for the variable. So for reference variable,  type must be strictly a concrete class name. In general, we can’t create objects of an abstract class or an interface.

The result of executing this statement can be illustrated as : 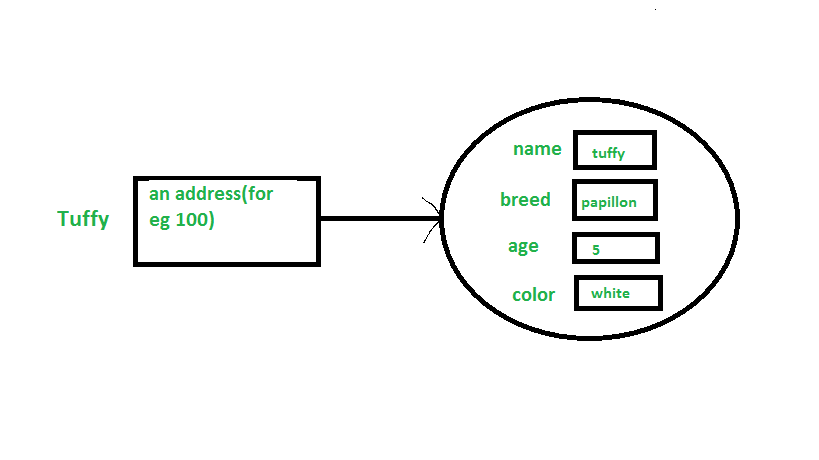 
Differences between Objects and Classes 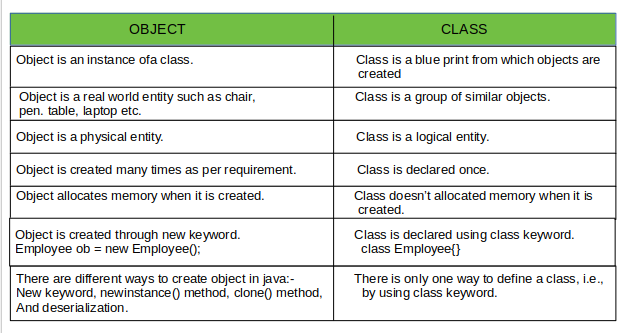