A trie is a tree-like information retrieval data structure whose nodes store the letters of an alphabet. It is also known as a digital tree or a radix tree or prefix tree. Tries are classified into three categories:

Standard Trie A standard trie have the following properties:

Below is the illustration of the Standard Trie: 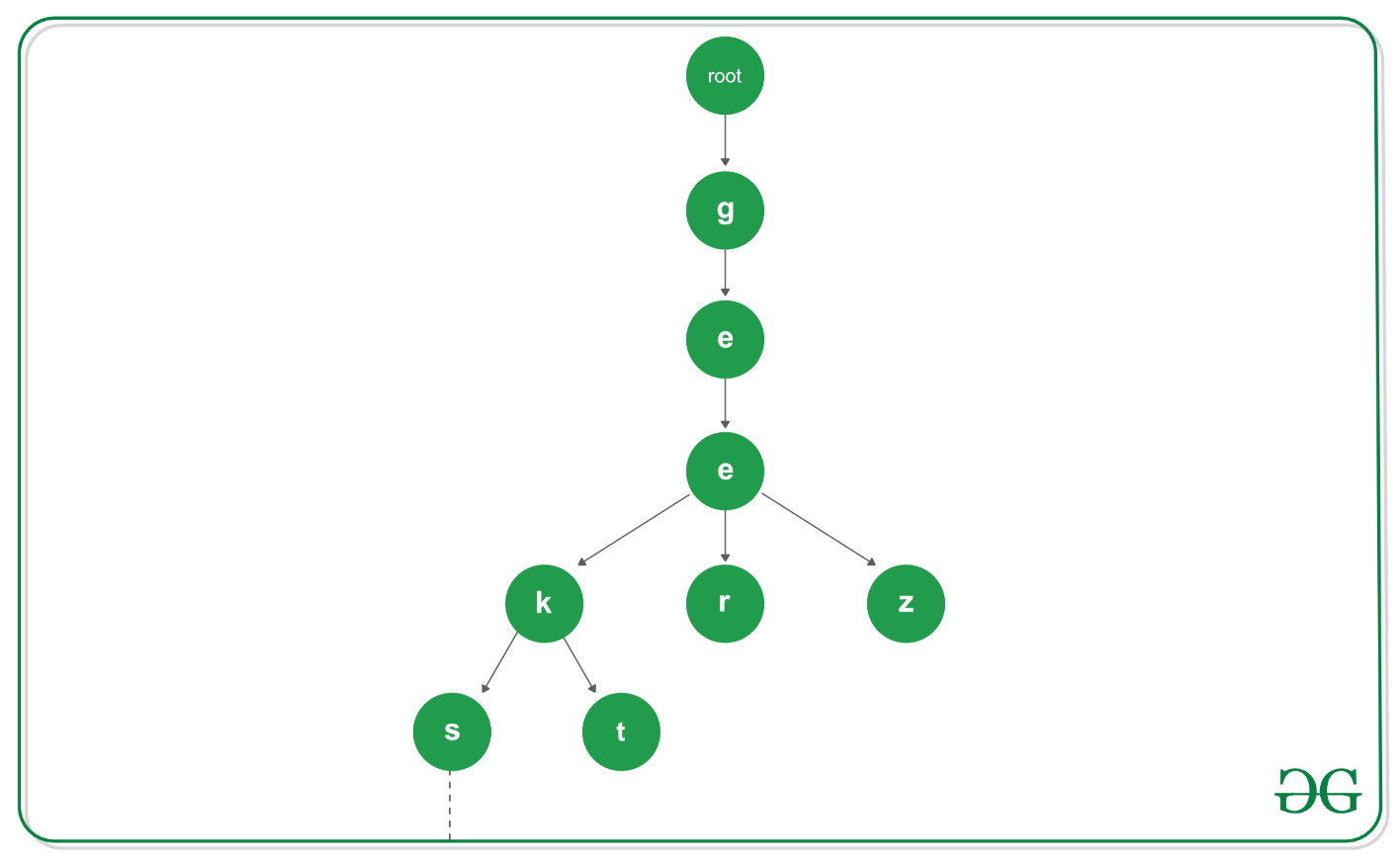 Compressed Trie A Compressed trie have the following properties:

Below is the illustration of the Compressed Trie: 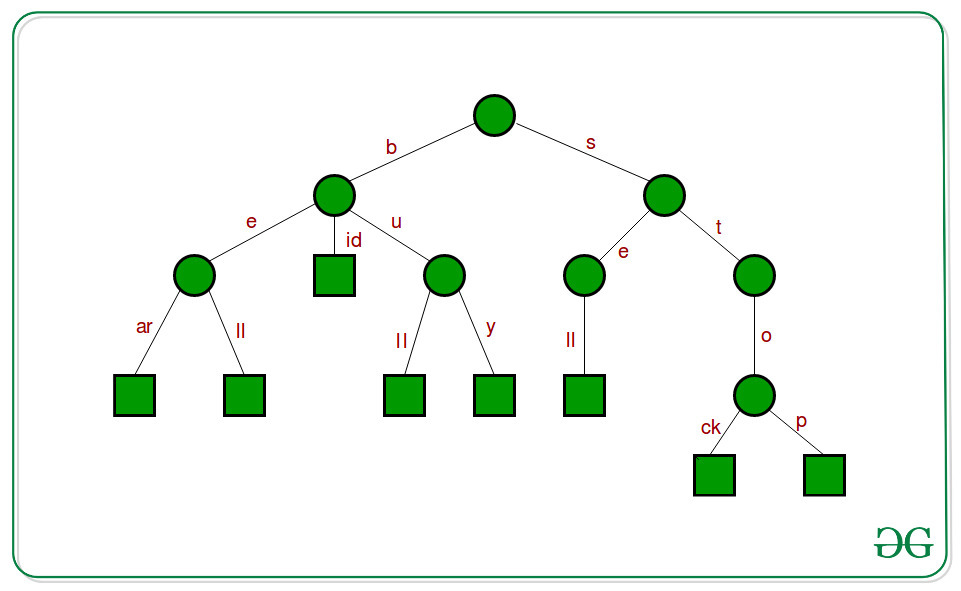 Suffix Trie A Suffix trie have the following properties:

Below is the illustration of the Suffix Trie: 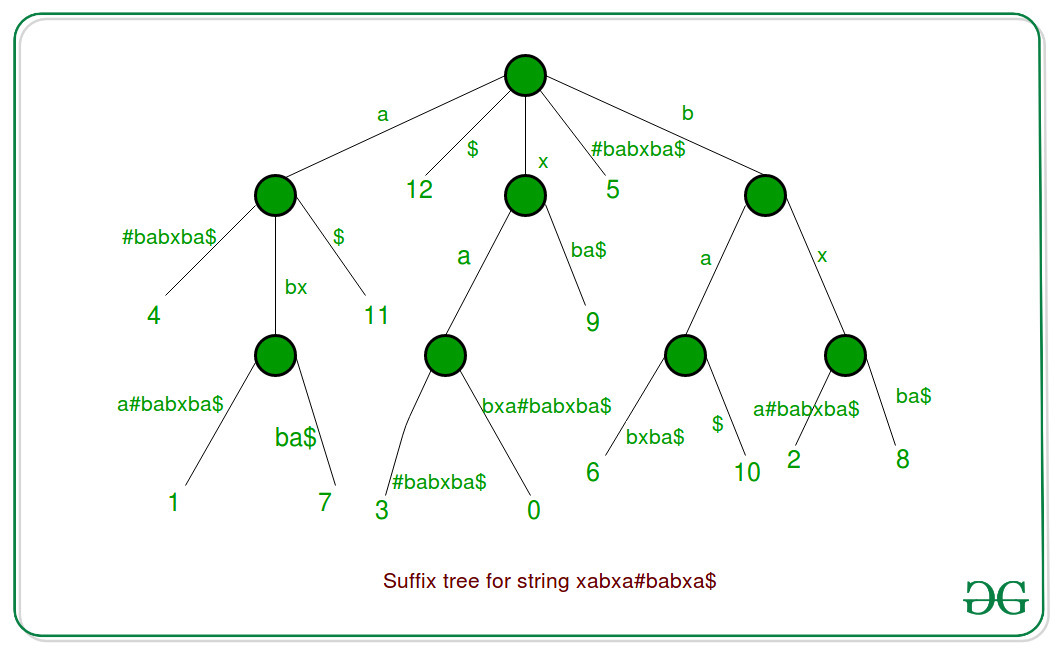 Previous
General Tree (Each node can have arbitrary number of children) Level Order Traversal
Next
Persistent data structures
Related Articles
1. Compressed Tries
2. Count of Strings of Array having given prefixes for Q query
3. Maximum number of Strings with Common Prefix of length K
4. Maximize value of coins when coins from adjacent row and columns cannot be collected
5. Introduction to Trie - Data Structure and Algorithm Tutorials
6. Applications, Advantages and Disadvantages of Trie
7. Dynamic Connectivity | Set 2 (DSU with Rollback)
8. Maximize Bitwise XOR of K with two numbers from Array
9. Count of ancestors with smaller value for each node of an N-ary Tree
10. C++ Program to Count of Array elements greater than all elements on its left and at least K elements on its right
Article Contributed By :