The implementation of SDN varies very much from the conventional network. In traditional networking, the data packet forwarding and routing happen in the same device. Whereas in SDN it is separated into two planes as data plane and control plane. In every SDN implementation, there are three elements involved: 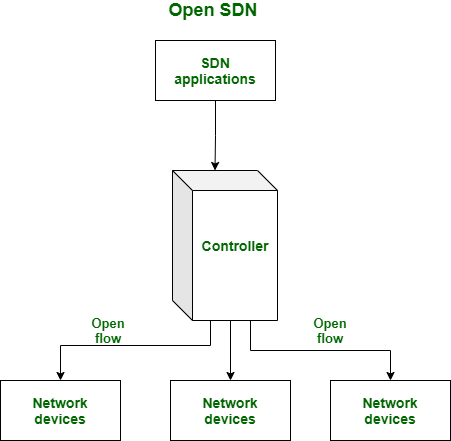 Open SDN is implemented using the OpenFlow switch. It is a straightforward implementation of SDN. In Open SDN, the controller communicates with the switches using sound bound API with the help of OpenFlow protocol. 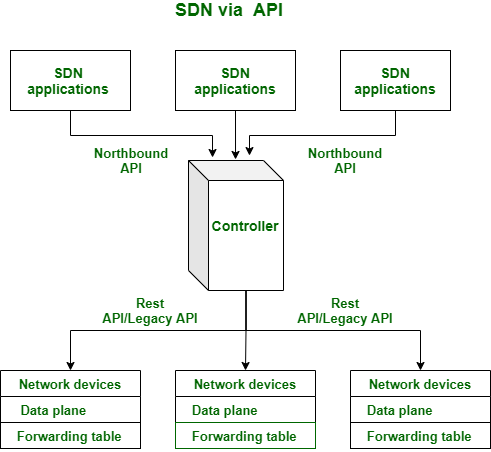 In SDN via API, the functions in remote devices like switches are invoked using conventional methods like SNMP or CLI or through newer methods like Rest API. Here, the devices are provided with control points enabling the controller to manipulate the remote devices using APIs.

SDN via API does not require OpenFlow enabled switches and can also work well with traditional switches. Using SDN via API, it is easier to make orchestration software. SDN via API provides increased openness thereby eliminating the need for proprietorship. 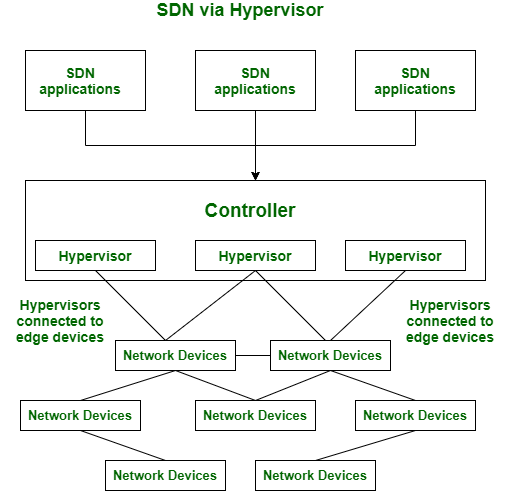 If a packet enters the edge of the virtual network, the hypervisor takes the packet and encapsulates it with another frame. The edge of the virtual network is called Virtual Tunnel Endpoint (VTEP). The hypervisor then sends the encapsulated packet to the destination VTEP based on the information programmed by the controller and then it is forwarded to the destination host.