For example, 5 will be represented by a sequence of five ones 5 = 1 1 1 1 1 or 0 0 0 0 0. Lets use zeros for representation. For subtraction of numbers using a Turing Machine, both these numbers are given as input to the Turing machine separated by a “c”.

Approach used –
Convert a 0 in the first number into X and then move to the right, keep ignoring 0’s and “c” then make the first 0 as X and move to the left . Now keep ignoring 0’s, X’s and “c” and after finding the second zero repeat the same procedure till all the zeros on the left hand side becomes X .Now move right and convert the last X encountered into B(Blank). 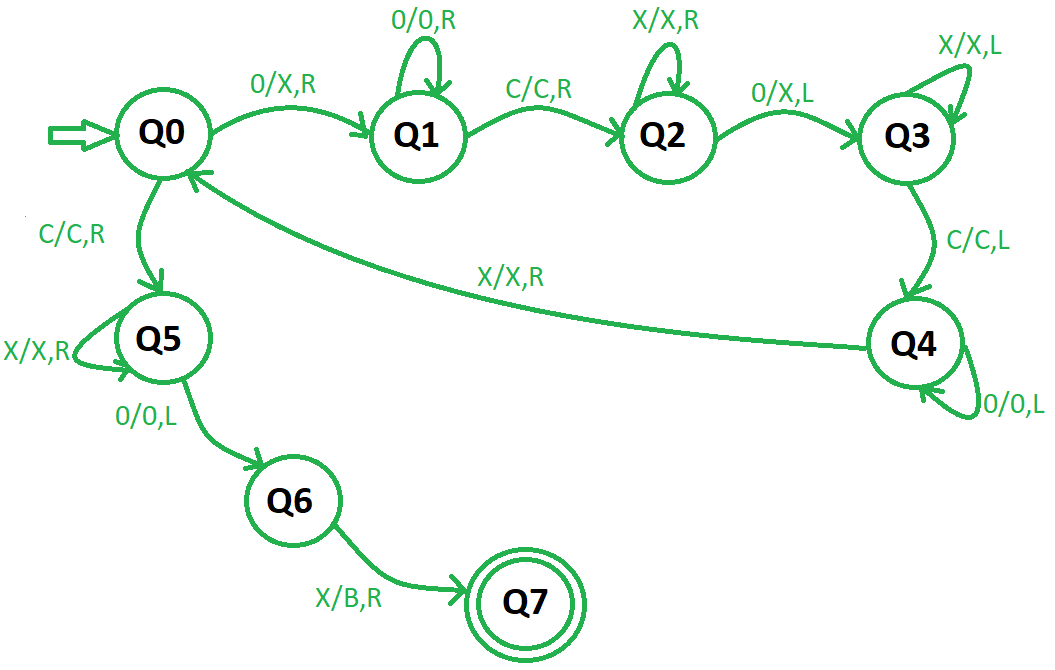