Transition from IPv4 to IPv6 address

Prerequisite – Differences between IPv4 and IPv6

In the current scenario, the IPv4 address is exhausted and IPv6 had come to overcome the limit.

Various organization is currently working with IPv4 technology and in one day we can’t switch directly from IPv4 to IPv6. Instead of only using IPv6, we use combination of both and transition means not replacing IPv4 but co-existing of both.

When we want to send a request from an IPv4 address to an IPv6 address, but it isn’t possible because IPv4 and IPv6 transition is not compatible. For a solution to this problem, we use some technologies. These technologies are Dual Stack Routers, Tunneling, and NAT Protocol Translation. These are explained as following below.

1. Dual-Stack Routers:
In dual-stack router, A router’s interface is attached with IPv4 and IPv6 addresses configured are used in order to transition from IPv4 to IPv6.

2. Tunneling:
Tunneling is used as a medium to communicate the transit network with the different IP versions. 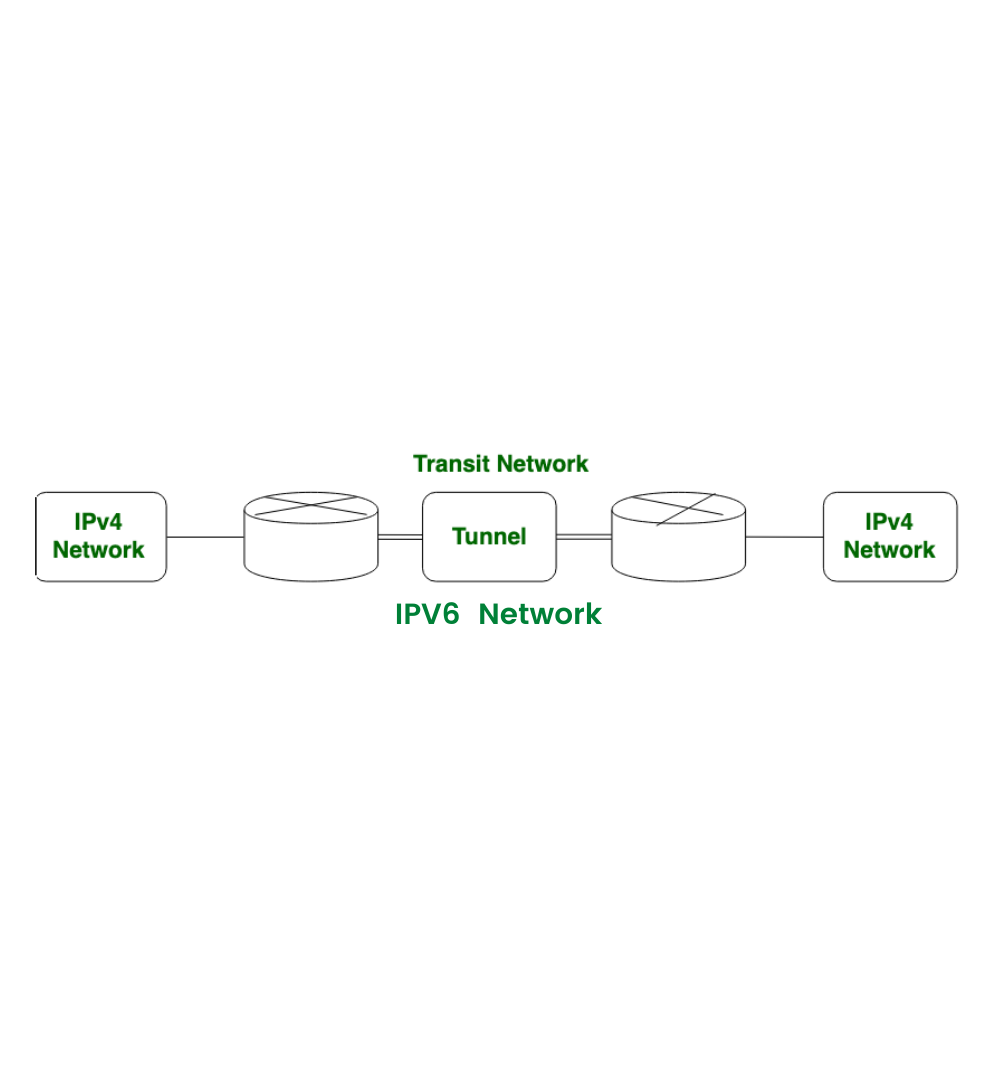