Top Data Science Trends You Must Know in 2020

Technology is always evolving and becoming better with time. This is also true in the field of Data Science! Data is everywhere in these times! All tech devices and even humans generate data that is then stored and analyzed by companies to obtain insights. Hence, there is also a dramatic increase in the platforms, tools, and applications that are based on Data Science. 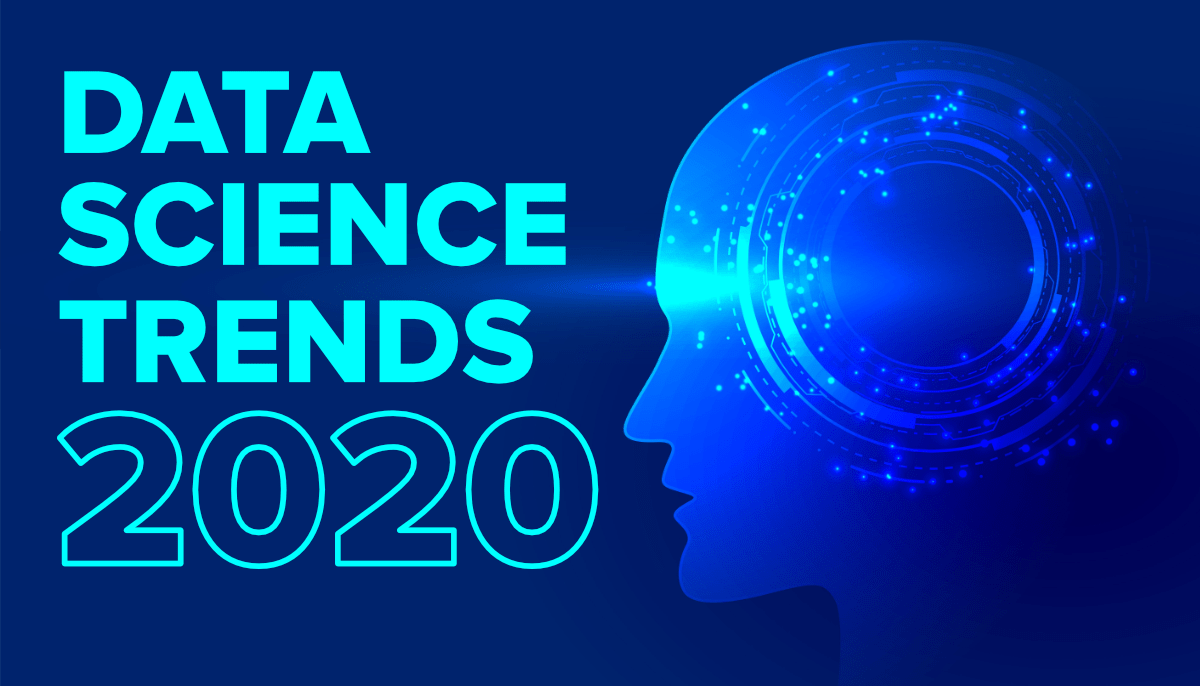 Also, Data Science is not just about data. It is a multidisciplinary field that also interacts with Artificial Intelligence, the Internet of Things, Deep Learning, Machine Learning, etc. And the advancement in Data Science technologies is only increasing with each year with companies heavily investing in research and development for better methods to create, store, and analyze data. Keeping this in mind, let’s see some of the top Data Science trends for 2020 that will probably shape the future world and pave the path for more hybrid technologies in the coming times.

Data Science is an interdisciplinary field that requires business knowledge to extract useful insights from the data that can be used by the company. However, there is a disconnect between data science teams and business management in a company. It is very difficult as well as time-consuming for data science teams to provide a valuable impact on the business. That’s where automated data science comes in! While total automation is impossible, it can still be used to leverage artificial intelligence and machine learning to analyze vast amounts of data, create significant data patterns, and train machine learning models.

While Automated data science is still in its early stages in the tech world, it can provide huge benefits in the future. It can create an entirely new breed of Citizen data scientists”, which can provide data value and return on investment for companies in a much shorter time. Gartner even predicts that more than 40 percent of data science tasks will be automated in 2020, which will result in more productivity and higher usage of data analytics by companies.

In-memory computing (IMC) means that the data is stored in a new memory tier that is situated between NAND flash memory and dynamic random-access memory rather than in relational databases that operate on comparatively slow disk drives. This provides a much faster memory that can support high-performance workloads for advanced data analytics in companies. Moreover, In-memory computing is also beneficial to companies as they require faster CPU performance, quicker storage as well as large quantities of memory.

Because of these benefits, companies can detect patterns in their data much faster, analyze massive data volumes easily, and perform business operations quickly. Companies can also cache countless amounts of data because of IMC which ensures a faster response time for searches as compared to conventional methods. Therefore, many companies are adopting In-memory computing to improve their performance and provide a large scope for scalability in the future. In-memory computing is only becoming more and more popular in current times because of the reduction in memory costs. This means that companies can use in-memory computing economically for a wide variety of applications while still being economical in their finances.

High-Speed Analytical Appliance (HANA) is an example of In-memory computing developed by SAP. HANA uses sophisticated data compression to store data in the random access memory which elevates its performance speed a thousand times as compared to standard disks. This means that companies can perform data analysis in seconds instead of hours using HANA.

3. Data as a Service

Data as a Service(DaaS) is becoming a popular concept with the advent of cloud-based services. DaaS uses cloud computing to provide data storage, data processing, data integration, and data analytics services to companies using a network connection. Hence, Data as a Service can be used by companies to better understand their target audience using data, automate some of their production, create better products according to market demand, etc. All of these things in return increase the profitability of a company which in turn gives them an edge over their competitors.

Data as a Service is similar to Software as a service, Infrastructure as a service, Platform as a service, etc. which are all common services that everyone has heard of in the tech world. However, DaaS is comparatively new and gaining popularity only now. This is partly because basic cloud computing services provided by companies were not equipped initially to handle the massive data loads that are a necessary part of DaaS. Instead, these services could only manage basic data storage rather than data processing and analytics on such a large scale. Also, it was difficult to manage large data volumes over the network earlier as the bandwidth was limited. However, these things have changed with time and now, low-cost cloud storage and increased bandwidth have made Data as a Service the next big thing!

It is estimated that DaaS will be used by around 90% of large companies to generate revenue from data by 2020. Data as a Service will also allow different departments in large companies to share data easily with each other and obtain actionable insights even if they don’t have the data infrastructure in-house to manage this feat. Therefore, DaaS will make sharing data for companies much easier and faster in real-time, which will, in turn, increase the profitability of a company.

Augmented analytics is becoming more and more popular with the market predicted to grow from 2018’s $8.4 billion to around $18.4 billion globally by 2023. So it is no surprise that it is already heavily used in 2020. Augment analytics basically uses machine learning and artificial intelligence to enhance data analytics by finding a new method of creating, developing, and sharing data analytics. The usage of augmented analytics in the industry means that companies can automate many analytics capabilities such as the creation, analysis, and building of data models. Augmented analytics also ensures that it is much easier to interact with and explain the data insights generated which help in data exploration and analysis.

Augmented analytics has also changed the entire working models for business intelligence. The addition of machine learning, natural language processing, etc. to data science has ensured that users can easily obtain the data, clean it and then find correlations in the data as the artificial intelligence will perform much of the tasks. Moreover, the AI will create data visualizations that will allow human users to easily find data relationships by closely observing these visualizations.

In this data age, data is generated at exponential levels. Even IoT devices generate a lot of data that is delivered back to the cloud via the internet. Similarly, IoT devices also access data from the cloud. However, if the physical data storage devices for the cloud are far away from where the data is collected, it is very costly to transfer this data and also leads to higher data latency. That’s where Edge Computing comes in!

Edge Computing makes sure that the computational and data storage centers are closer to the edge of the topology where this data is created or where it is consumed. This is a better alternative than having these storage centers in a central geographical location which is thousands of miles from the data being produced or used. Edge Computing ensures that there is no latency in the data that can affect an application’s performance, which is even more important for real-time data. It also processes and stores the data locally in storage devices rather than in central cloud-based locations which means companies also save money in data transmission.

However, Edge Computing does lead to issues in data security. It is much easier to secure data that is stored together in a centralized or cloud-based system as opposed to data that is stored in different edge systems in the world. So companies using Edge Computing should be doubly conscious about security and use data encryption, VPN tunneling, access control methods, etc. to make sure the data is secure.