Top 5 React UI Libraries You Should Explore in 2021

As we all know that JavaScript is the unbeatable king of front-end web development and JavaScript frameworks are introduced in order to gain more grip over UI designing and functionalities. React is one of the JavaScript libraries which is mainly used for designing front-end and mobile app development. 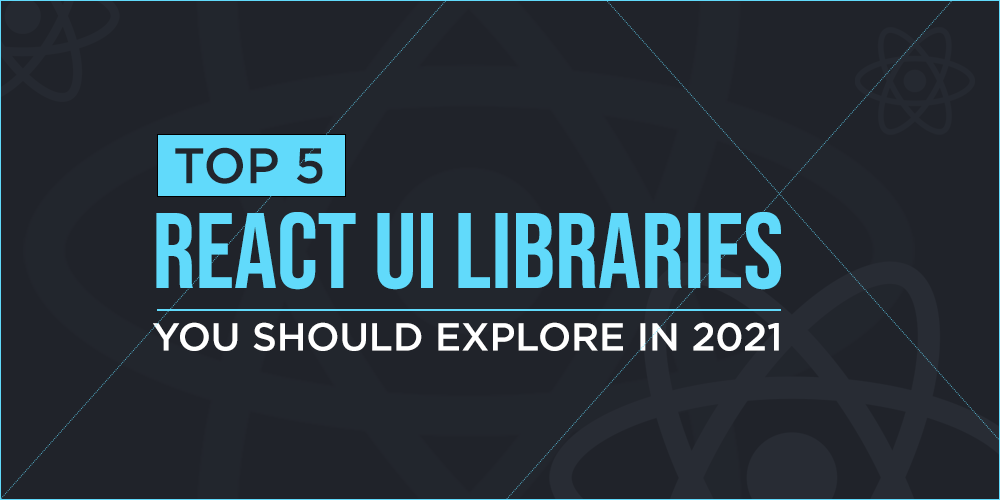 Material UI is a React user interface library that was initially started in 2014 as an open-source project which emerged to be loved by the developers because with time it worked on its drawbacks and came with a better version. Some features of Material UI are :

Chakra UI is a React library which is introduced for designing website and React Native application, and it is developed by Segun Adebayo. Chakra UI library has emerged as a must-do for the React app developers and its multiple color mode gives you the power to switch the darkness or light as per your customer’s convenience. It is very extensible and customizable. Some features of Chakra UI are :

Ant Design is another React UI library that is specially made for enterprise work, and it contains many heavy react components. You should have a good knowledge of React and ES2015 before moving towards Ant Design as it requires more understanding of react and ES2015 concepts. Following are some features of Ant Design :

React Bootstrap is just like the actual bootstrap, but it is built for React, it is really amazing and gives you more variety of quality content to choose over. React bootstrap is open-source and as popular as a popular bootstrap for the front-end. The most important feature of React bootstrap is that you can complete it.

Make front-end using React bootstrap, and it does not require any integration of jQuery or JavaScript bootstrap.

The list of React user interface libraries does not end here, there is a lot to learn and explore and while choosing your tech stack or any framework do focus on the uses and features of the library.

Don’t just directly jump into it by the hype created or the trend going among developers because many new technologies are introduced and if you will keep moving towards the trends then very soon you will find yourself lost, so it’s better to choose the one which is really useful to you.

Previous
Advice From an Alpha Geek - Mr. Sandeep Jain
Next
Top 10 VS Code Extensions For Angular Developers
Related Articles
1. Top 6 Jobs in Metaverse That You Can Explore
2. Do You Want To Be An Entrepreneur - Explore The Path Before Execution
3. Top 10 Libraries Every Java Developer Should Know
4. Top 7 Open Source Projects For Beginners To Explore
5. Top 10 Python Frameworks That You Should Try in 2021
6. Top 10 Python Libraries for Data Science in 2021
7. Which language should you learn first if you want to make an app?
8. 13 Things You Should Know Before You Enter In Web Development
9. 8 Best Android Libraries That Every Android Developer Should Know
10. Top 7 Google Play Store Tips That You Should Try
Article Contributed By :