What’s your plan for this year??? (Being a programmer)

Of course, if you’re a programmer then this year you will also write the code, build the projects and you will solve a lot of coding questions. 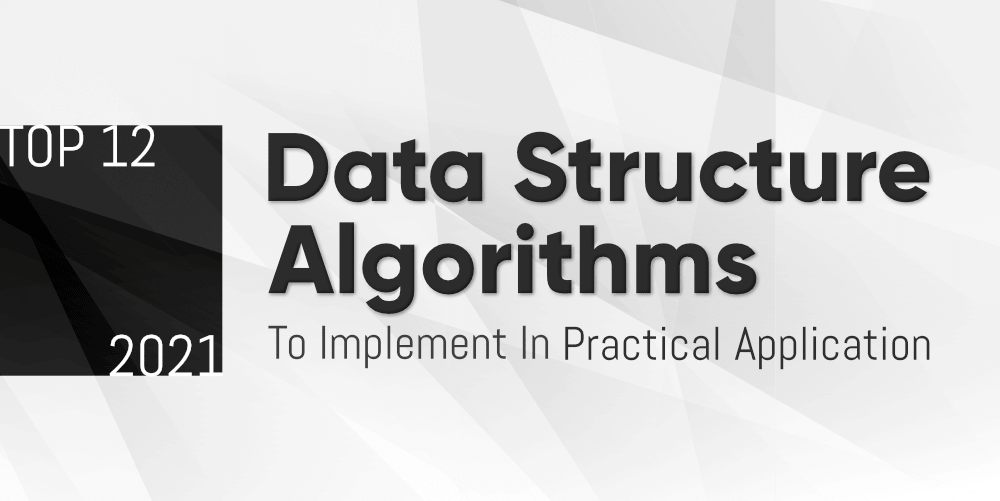 A lot of beginners start learning programming by picking up these two important tools of computer science. You might have practiced a lot but have you ever tried to know how these algorithms are helpful in the real-world application. Surely there are some reasons to learn them. Most of the newbie programmers learn it for the sake of a job but isn’t it interesting if we get to know the practical implementation of these algorithms in the real world.

The new year is coming and this new year we encourage you to check out the practical scenarios of famous algorithms instead of learning them just for the sake of a job. In this blog, we will discuss some practical implementations of these algorithms in the real world.

No matter if you’re a fresher or an experienced person, you will find it interesting to read. This article will refresh the memories of experienced programmers.

Yes!!! We are talking about the same series where we apply the mathematical formula an = an−2+an−1 to get the series in our program. We implement the code to get the series 0, 1, 1, 2, 3, 5, 8, 13, and 21 on to infinity. In this series, we get the next highest number by adding the consecutive series.

You write the program, you clear your exams or you clear your interviews but have you ever tried to search that where this series is used in real-world application? What could be the possible scenario to utilize this algorithm in the real world?

The beauty of this sequence can be used to calculate miles to kilometers and vice versa. You will get a nearly accurate result (not accurate but accurate enough). In a Fibonacci sequence, you can consider any number as miles and the next number would be in kilometers.

In the above example, you can take two consecutive numbers 8 and 13.  The smaller number is in miles i.e 8 and the bigger one is in kilometers i.e. 13.

This one is another popular algorithm among programmers. Palindrome number or string reads the same in reverse order. For example…level, madam, 12021. Implementing this algorithm is also a common question of the interview process in many companies.

You test your logical ability while implementing the program for palindrome numbers but can you just think about the practical scenario of this famous algorithm? Where it can be used?

Palindromes are used in DNA sequence processing. But how it is used in this processing?

A lot of DNA sequences are becoming available. To store the information about these DNA sequences we use molecular biology database. The capacity of these databases will be bigger in the future so it is important to communicate and store the data efficiently in the database.

The first data structure to learn in programming…

Most commonly and most widely used data structure in many applications…

Every beginner’s programming journey starts with solving the questions of Array. Being a programmer you might have surely used this data structure a lot in your application. This data structure is used in every possible situation where you need to collect the object in one place. From simple to complex software or web application array is mostly used to store and display the data dynamically at web pages. Let’s take one of the good examples of using an array in a real-world application…

We all must have used the online ticket booking system at least once. It might be for booking tickets for train or maybe bus or flights or movies or any other shows. If we want to book any seat, then it’s just a matter of clicking on a square and it will be booked.

Have you ever wondered that the seat you book online on any system it’s a two-dimensional array?

When you’re booking a seat it lies somewhere in a specific row and column. This can be represented by a two-dimensional array such as a seat[4][5]. So an array is applicable in all kinds of online booking systems. Hope you got the point and understood the real-world application of Array.

As a beginner, you might have surely read about the common example of stack data structure…a stack of plates or books in a cupboard but can you just think about another example of a stack apart from this basic one?

Is there any real-world application built and works on the concept of a Stack data structure?

A text editor such as notepad or Microsoft Word uses a stack data structure to accomplish undo tasks in their editor. Another good example of a stack is the browser’s working in your laptop or system.

Another good example of a stack data structure is the Browser’s working on your laptop or system. Suppose you’re visiting www.google.com and then you visit www.geeksforgeeks.org. After that, you visit www.youtube.com. This information gets stored in the stack data structure using the push operation. When you click on the back button in your browser you go to the previous page which is the pop operation performed in the stack.

Another popular and common data structure among programmers is Linked List. Now think about the purpose of this data structure in a real-world application.

We all have a music player on our phones, and we have songs on it. Suppose you have 5-6 songs on your list. When you create a playlist for these songs it works on the concept of the linked list. One by one these songs are played and this is one of the best examples of the singly linked list. Songs are connected and you can go from song three to song four but you can not go back (behavior of singly linked list).

Being a programmer you might be aware of the binary search algorithm. This algorithm is also known as half interval search, logarithmic search, or binary chop. In this algorithm, we search for the target value within a sorted array.

This algorithm makes the searching process easier because you don’t need to compare each element in the list of numbers. Binary search is the fast way to search the target value in the ordered list of data. It gives you the power to do this process efficiently. You can find a lot of examples of binary search algorithms such as searching the meaning of the word in a dictionary, but do you know anyone of a real-world application that uses the binary search method?

One of the real-world scenarios of this algorithm is validating user credentials in an application. Using the binary search you can validate the millions of user’s credentials within a fraction of seconds.

This algorithm also used in many programming languages libraries such as Java, .NET, C++ STL, and so on. Python’s list.sort() method uses Timsort which (AFAIK) uses binary search to locate the positions of elements. Binary search is also used in 99% of 3D games and applications.

Merge sort works on the concept of divide and conquer technique. We divide the list into several sublist until the sublist doesn’t contain a single element. After that, we merge these sublists to get the sorted list of elements. This is a simple and short introduction to this algorithm but do you know where it is used in real-world applications.

A lot of people love to do online shopping through any e-commerce website. Do you know that these e-commerce websites use this algorithm? Most of the e-commerce sites have the section “You might like”. This section maintains the array of all the user accounts and then whichever has the least number of inversion with your array of choices, start recommending what they have bought, or they like. (Next time this section will remind you of the uses of binary search while doing shopping on these websites)

Visit the link of IJITEE. Armstrong number for wireless sensor networks are mentioned. They have used Armstrong based security algorithms where a 128-bit key is generated using the Armstrong number. It is used in the AES algorithm for data encryption and decryption.

Huffman coding is used in conjunction with cryptography and data compression. It is used for lossless data compression. Based on the probability, it is implemented in a way that you do not need to keep multiple copies of the same thing.

Another favorite topic for computer science students and for programmers is dynamic programming. 0-1 Knapsack Problem, Wordbreak problems, Longest Common Subsequence all these problems are the most popular and common problems of dynamic programming. You solve it, you use your logical ability but where actually in the real world this concept is used…

In mathematics, DP is used in matrix multiplication which is widely used in Rocket technology. The path of the rockets is decided by solving many parameters. All the decision-making problems can be solved optimally using dynamic programming.

Whether you’re traveling somewhere, going outside or you’re trying to find the route to your specific destination. You use your best friend in your phone Google Map. Do you know that Google Map uses the Graph data structure?

The graph data structure is a very powerful data structure. Not only the earth but the whole universe can be represented by the graph. From tiny subatomic particles to the gigantic universe, you can represent each and everything with the help of Graph.

To decide the shortest path to your destination, Dijkstra’s algorithm enables your navigation system/GPS in your phone. Uber uses Hungarian Algorithm to assign each car to people looking for a ride.

Facebook also uses the graph data structure to implement the news feed or followers. It uses Graph API to implement most of the things in their application. Everything can be represented by the vertices or node such as Pages, Places, Groups, Comments, Photos, Photo Albums, Stories, Videos, Notes, etc. Every connection or relationship is an edge on Facebook. Graph API stores the data in the form of vertices and edges.

This one is an advanced data structure topic for programmers. You learn it may be for the sake of the job, you also enjoy solving questions based on it but what’s the use of this advanced topic in the real-world application. Where is it implemented in our day-to-day life? Let’s come to that interesting answer…

Now you’re aware of the practical use cases of the famous data structures and algorithms. Isn’t it interesting to know that how these famous algorithms are implemented in our day-to-day life?

Now, this new year thinks about the practical use cases of the other algorithms…