Do you ever wonder about the sudden emergence and popularity of Blockchain? What is it? Well, Blockchain is literally a chain of blocks as the name suggests! It’s just that the “blocks” in this context are digital information that is connected using cryptography. Each of these blocks contains a cryptographic hash function linking to the previous block, a timestamp, and the digital information in the block. These blocks are structured in such a way that it is very difficult to modify the data and so they ensure transparency while simultaneously maintaining security. 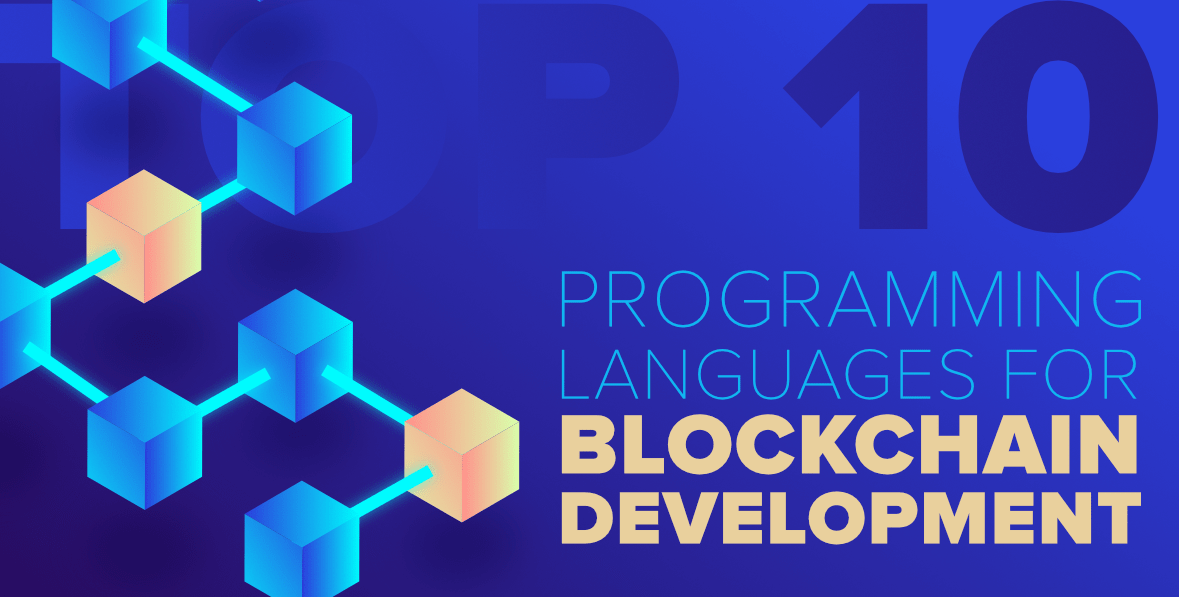 Blockchain is actually synonymous with security as tampering with these blocks is next to impossible! And that makes this technology very popular in fields like banking, finance, etc. In fact, Blockchain was first made popular when it was used in the implementation of the BitCoin. After all, people want their money to be as secure as possible! And so currently, Blockchain developers are highly in demand. Learning the top programming languages for Blockchain Development will definitely give you an edge over other developers so that’s what this article is all about.

C++ is popular all across the tech world and this is true even in Blockchain technology! C++ is so popular for blockchain because of its multiple capabilities such as move semantics, primitive control over memory, advanced multi-threading, and other object-oriented features like function overloading, runtime polymorphism, etc. These different OOPS features of C++ allow Blockchain developers to easily mold data and functions together in a single module, just like Blockchain molds the blocks with cryptographic chains. In fact, C++ is also so popular with Blockchain as Bitcoin, which is a cryptocurrency and the first-ever implementation of Blockchain was originally written in C++.

Python is fast becoming the most popular programming language in the world and if you are a new developer experience in Python, then it might be the best Blockchain language for you. A problem with Python is that it is an interpreted language and that creates some problems for complex cryptographic operations in Blockchain. However, Python is an object-oriented language which helps in managing many of its performance-related overheads. Another benefit of Python is that developers can prototype their ideas quickly with any long-winded coding required. Python also has huge open-source support which makes it ideal for Blockchain. There are many Python libraries, plugins, and other resources available online for almost every problem you can encounter in Blockchain development.

Java provides stiff competition to C++ in popularity and usefulness. This is true in Blockchain technology as well! Java has an abundant Application Programming Interface (API) that includes many Java classes, packages, interfaces, etc. This is useful for constructing applications without necessarily knowing their inside implementations. Also, the one property of Java that is particularly useful in Blockchain is its portability. Java programs can be ported onto different platforms because of its WORA(“write once, run anywhere”) functionality. These programs are not dependent on system-specific architecture as they use the universal JVM(Java Virtual Machine) for execution. This portability along with the other popular features of Java makes it perfect for Blockchain.

Solidity is one of the fastest-growing blockchain programming languages that was created for writing smart contracts that run on the Ethereum Virtual Machine (EVM). It was developed by Ethereum which is a blockchain-based distributed computing platform and operating system. Since Solidity is created keeping Blockchain in mind, it is suited to solving many of the problems faced by Blockchain developers. Solidity is developed similar to the ECMAScript syntax but it has features like variadic return types, static typing, etc. So it is a great language to learn if you want to focus specifically on Blockchain development in depth.

Vyper is a new Blockchain programming language that is derived from Python 3. So the Vyper syntax is also valid Python 3 syntax, even though Vyper does not have all of Python’s features. Vyper is created as an alternative to Solidity. It is usually used for the Ethereum Virtual Machine (EVM), just like Solidity is. However, Vyper has different control structures than Solidity and it also handles security issues differently. Vyper has also done away with much of the OOPS functionalities in Solidity along with other features like infinite loops, modifiers, recursive calling, etc. This helps in avoiding the security issues that arise because of these features. So if you want a Blockchain development language for writing smart contracts, check out Vyper!

Go is a great programming language for building fast and efficient Blockchain systems. It is the best language for creating hyper ledger fabric, which is a foundation for developing applications for Blockchain. Since Go is statically-typed and a compiled programming language, it is perfect for Blockchain coding. It also has other features that enhance performance such as generics, classes and inheritance, constructors, annotations,  exceptions, etc. Go is also an uncomplicated language that can be learned easily. This is obvious by the fact that there are around 800,000+ developers on the Go language network.

C# is syntactically similar to Java and C++ so it is ideal as a Blockchain programming language. While C# was initially created only as a Microsoft language, it is now quite popular and considered one of the best programming languages for blockchain. Open-source developers can easily create a highly portable code using C# that will run across all devices and multiple operating systems such as Windows,  Linux, Mac, Android, etc. Also, since C# is an OOPs programming language, Blockchain developers can obtain maximum performance when developing their next blockchain. Projects written in C# include Stratis, a Blockchain-as-a-Service provider that allows businesses to easily create applications on Blockchain platforms.

Simplicity is a high-level Blockchain development language that was created for smart contracts. In fact, it is one of the best programming languages to write smart contracts, both for professional programmers and open source developers. Simplicity is also focused on reducing the complex and low-level understanding of the Bitcoin Script. Since it hides the low-level logical components from Bitcoin developers, Simplicity increases the work capacity of developers which helps to create a much faster development period. Simplicity is also compatible with the Elements platform, which is an open-source, Blockchain platform with sidechain capabilities. So Blockchain developers building sidechains on Elements can also use the many functions and features of simplicity.

Rholang is a great programming language for the development of smart contracts. This language has a functional approach rather than an object-oriented approach which is quite helpful in solving many blockchain problems. that is one of the reasons for its popularity. Rholang applications evaluate the whole program as a series of functions and solves them sequentially. This is markedly different from languages like C or Python that use variables for storing data and change the value of the variables with time. Therefore, Rholang has a functional programming paradigm rather than an object-oriented one with it being the most popular Blockchain development language in this category.