A startup is a company that aims to join the customers of today to a vision of the future. And what technology is more associated with the future than Machine Learning? That’s one of the primary reasons that the startup culture is increasing over the years with more and more innovation in Machine Learning. According to a study, there are an insane 12,500 startups listed in Machine Learning in 2020 with $27.6 billion raised by these startups in that year alone! This raises the question of which is the top machine learning startups among these and what is their USP in the market? 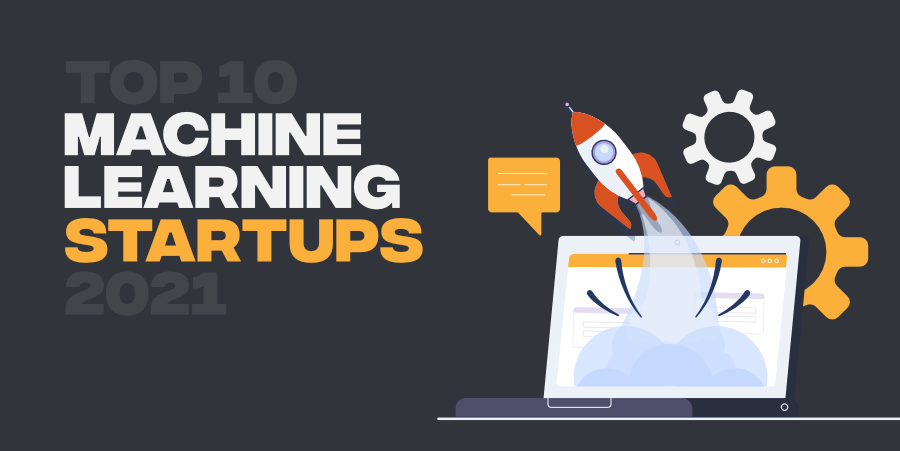 Well, most of the top startups are making extremely innovative use of machine learning in different fields like providing Data as a Service, preventing online fraud, monitoring the drugs in pharmaceutical companies, and even providing insurance. In other words, there are machine learning startups that are immensely popular in varied roles and most of the top ones have been through a few rounds of funding. And the majority of them are set in big metropolitan cities like San Francisco, New York, London, etc. One thing that’s pretty clear is that the USA is the dream spot for all entrepreneurs! So check out these popular startups in order to get an idea of what’s working in machine learning currently.

Avora is a machine learning startup headquartered in London with offices in New York and Romania as well. They provide Data as a Service based on the SaaS model wherein other users can easily make in-depth data analysis on their platform. Avora was created with the understanding that more than 60% of big data projects fall through after the planning phase, and so they help other users to use their consolidated data which is already prepared and cleaned to a certain extent. Avora uses Machine Learning to detect the trends and patterns in the data for their non-technical users so that they can get the full benefit from the data. Avora was founded in 2014 and raised  €5.7 million in a Series A funding round and later raised €1.7 million in funding from angel investors and institutions in 2017.

Protenus is a healthcare analytics platform founded in 2014 in Baltimore, USA. It aims to create accountability for patient data access and make sure the data is securely protected by auditing the data access, identifying the most vulnerable patient records for any violations, etc. using machine learning. Protenus also audits the drugs and monitors all pharmaceutical transactions to make sure no drugs are stolen or lost in transit. They use machine learning to find any anomalies in drug usage in healthcare and account for any dose that is prescribed to patients. This is very important as many drugs are sold illegally in the healthcare industry and Protenus is receiving generous support with total funding of $36.2 million in over 5 rounds.

Dataiku is a Machine Learning startup founded in Paris with current offices in New York, Sydney, London, Munich, Singapore, and Dubai. It was created in 2013 to provide predictive modeling services to other companies for their business applications. Currently, Dataiku provides facilities for data cleaning, data wrangling, and data visualization. After that, it also provides the technology to build machine learning models and deploy them commercially. The main goal of Dataiku is to democratize data and allow companies to use self-service data analytics with a core team of data scientists and analysts provided by them. The first round of funding was provided to Dataiku in 2015 when they raised $3.6 million followed by $14 million in 2016. Dataiku was valued at $1.4 billion in 2019 when CapitalG (investment management company of Alphabet Inc.) purchased some of its shares.

Alation is a data solutions startup that was created in 2012 with its current headquarters in Redwood City, California. This startup is well known for its contribution to the data catalog market, which is a system designed to help businesses manage their data. Alation combines machine learning with human insight to create a platform for data discovery, data governance, data stewardship, and data analytics. There are many organizations that use these services including Cisco,  Pfizer, PepsiCo, Motorola, etc. Alation has funding from a large group of investors with the latest being a $50 million Series C funding round that was led by Sapphire Ventures with participation from Salesforce Ventures and preexisting investors DCVC (Data Collective), Costanoa Ventures, Icon Ventures, and Harmony Partners.

Lemonade is a full-stack insurance startup powered by machine learning that was created in 2015 with its headquarters in New York. It mostly uses chatbots to manage claims with a record that a claim was settled in 3 seconds! Lemonade mostly handles insurance for renters, homeowners, life term, and pets with an ultimate goal of transforming insurance from a necessary evil into a social good. They also give some premiums back to a charity of the customer’s choice if there’s any leftover after their fee and claims. Lemonade is a unique insurance business model that has a total of $480 million in funding over 7 rounds with the seed round held in 2015 generating $13 million from investors like Aleph and Sequoia Capital Israel.

Ravelin is a fraud detection and prevention startup that was founded in London in 2014. It is focused on preventing different types of fraud such as online payment fraud, voucher abuse, account takeover, etc. It uses many technologies to manage fraud including machine learning, using link analysis to predict fraud orders, managing a database of known fraudsters, etc. Ravelin had a seed funding round of £1.3 million in 2015 with more than over four rounds later generating total funding of £28.7 million.

Augury is a machine diagnostics startup created in 2011 with its current office in New York. Augury uses machine learning and data science to estimate and predict machine health and provides asset performance management (APM) and predictive maintenance (PdM) for manufacturing companies. Augury has wireless Halo sensors that can be attached to different machines, and they provide real-time temperature, vibration, and magnetic data that is analyzed with machine learning to understand the current health of the machines. Augury is used by a variety of companies such as Colgate, Hershey’s, NYC Department of Education, etc. This startup is also well funded with $25 million in funding contributed by Insight Venture Partners along with support from existing investors in 2019 and then $55 million in funding in 2020.

Anodot is a machine learning and artificial intelligence startup that was founded in 2014 in California, United States with offices in the UK, Australia, and Israel. This startup provides a machine learning platform that provides real-time forecasts to a company by constantly analyzing their data and understanding all the business parameters in real-time. Anodot can monitor the revenue streams, customer experience, and digital partners and immediately create an alert if there is an anomaly. Anodot received an initial seed funding of $1.5 million in 2014 followed by 3 more rounds in the next 3 years. They also generated $35 million in Series C funding in 2020 with the total funding becoming $62.5 million.

Datavisor is one of the best startups for fraud and risk detection that was founded in 2013 in California. It uses machine learning to detect the fraud patterns preemptively before any serious cybersecurity attacks can happen on its users. Datavisor is an important startup in the field of cybersecurity that protects from financial damage and a safe growth and scaling operation for other companies. Since cybersecurity is so important, Datavisor is used across multiple industries with banking, insurance, shipping, finance, etc. Datavisor had their series A funding round in 2015 with a $14.5 million raise and then a total of $54.5 million in funding over 4 rounds.

Algorithmia is a machine learning operations (MLOps) startup that was founded in 2013 and is headquartered in Seattle, USA. It aims to provide a system so that users can create machine learning models from the beginning until the production is complete and then deployment. This is done with the help of various framework options which in turn lead to faster model deployment and increased efficiency. Algorithmia helps all the way in the machine learning process including the operations, deployment, maintenance, and security. It’s quite famous in its field and used by well-known companies like the United Nations and other Fortune 500 companies. Algorithmia had its seed round of funding in 2014 for $2.6 million followed by Series A and B funding with total funding of $38.1 million.