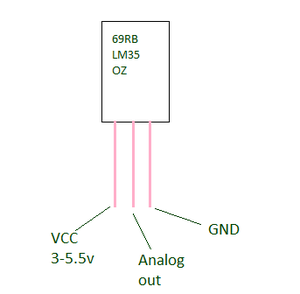 Working :
The measurement of the temperature sensor is about the coolness or hotness of an entity.
The working of the sensor is the voltage that read across to the diode. If increment in voltage, then the temperature increases and there is a voltage decrement between the transistors terminals of emitter & base. That data saved by the sensor.

If the difference in voltage is amplified, then analog signal is generated by the device, and it is directly proportional to the temperature.

Types of Semiconductor based sensor –