Given two numbers, the task is to find the LCM of two numbers using Command Line Arguments. LCM (Least Common Multiple) of two numbers is the smallest number which can be divided by both numbers. For example, LCM of 15 and 20 is 60 and LCM of 5 and 7 is 35. 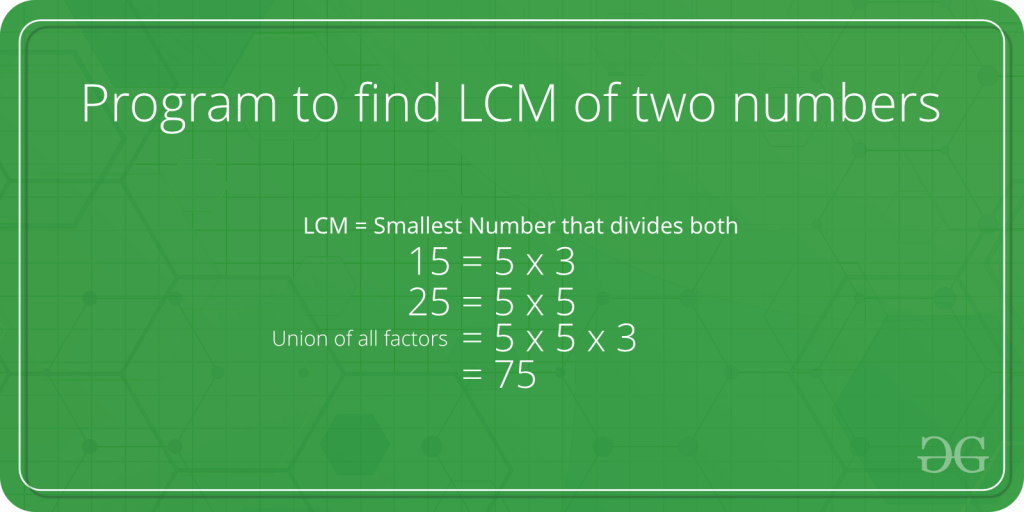