Synchronous Counter: It is a digital circuit that performs counting in binary numbers with the help of flip-flops and all flip-flops triggered simultaneously.

Synchronous Counter design procedure for a given counting sequence:

Example– First, we will implement a 4-bit synchronous up counter using T-FF. So, we need 4 FFs, which are FF0, FF1, FF2, and FF3. It can count from 0 to 15(16 numbers). Following is the table for this counter using excitation table for T-FF, 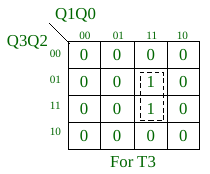 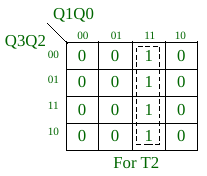 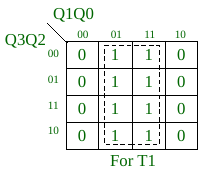 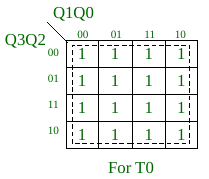 4-bit Synchronous Parallel-Carry Up Counter:
For above  given example
Logic diagram- 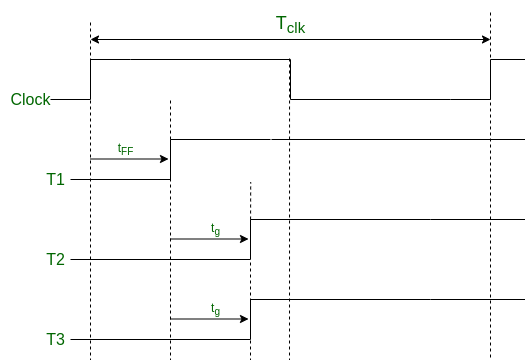 Idea behind parallel-carry counter– In this design, we try to implement a circuit with 2-level only. The first level reserved for FFs and the second level is for the execution of gates used in the circuit. Whatever is the count sequence, parallel-carry counter always remains in a 2-level circuit, but the series-carry counter increases the level as counting numbers increases. We can say Synchronous Parallel-Carry Counters are much faster than Synchronous Series-Carry Counters.