What is a Suspension?

The size of the particles is generally larger than the particles forming the solution, usually ranging up to one micrometer. The typical diameter in the case of dispersed particles in a suspension is generally 1000 times greater than that of a solution. Since the dissolved particles are larger in size, therefore, they don’t pass through the filter paper. Hence, the physical separation technique of filtration can be used to separate the suspended particles. 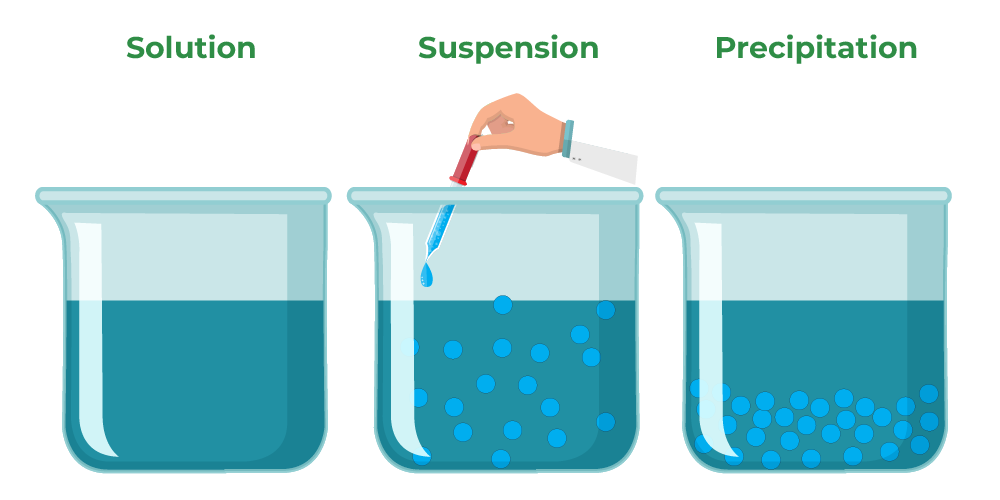 Characteristics and Properties of Suspension

Some common examples of suspension are as follows: 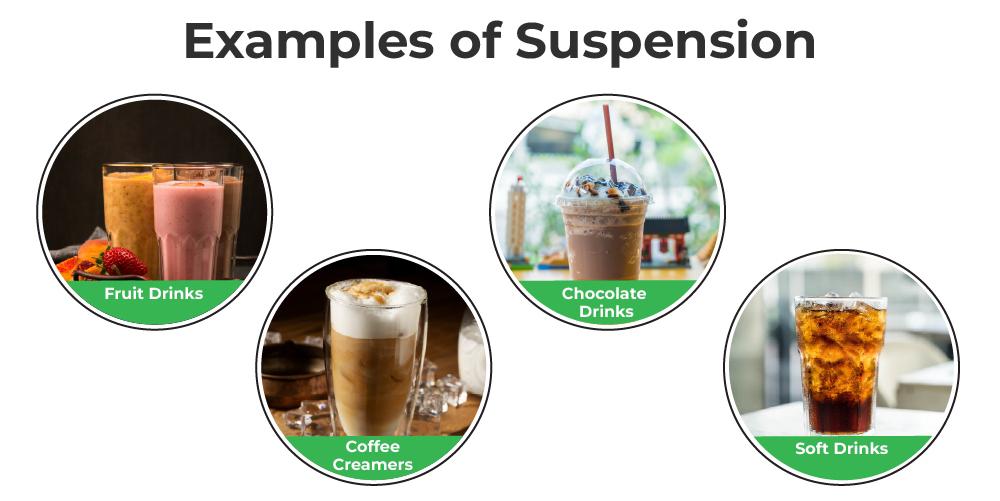 Difference between Suspension, Colloids, and Solution 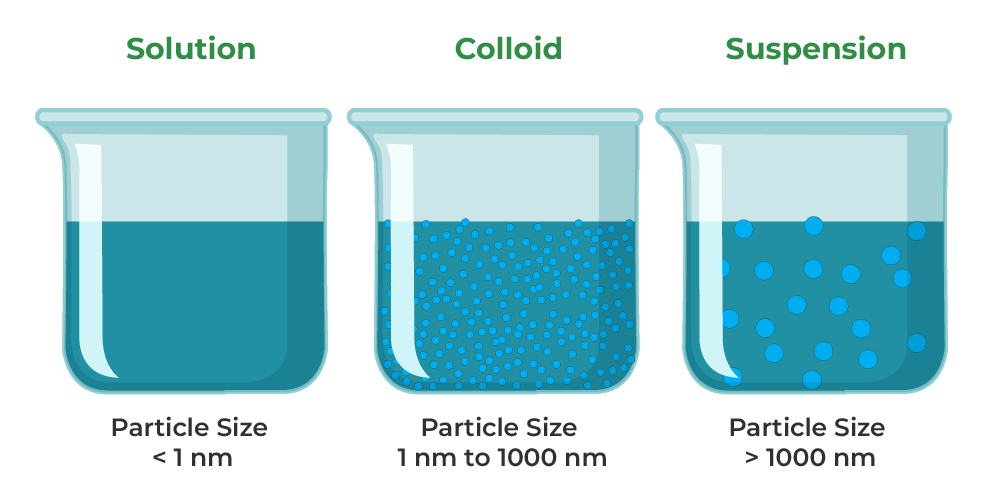 Suspensions are heterogeneous systems. The particles of a suspension are very large in size, and are bigger than 100 nm to 200 nm across. These particles are easily visible through the naked eye and have a tendency to settle down under the influence of gravity. Some of the examples of suspensions are sodium chloride in benzene or turmeric in water.

Question 2: Why is the Tyndall effect visible when sunlight passes through the canopy of a dense forest?

Mist is a form of aerosol, which is a suspension of liquid droplets contained in the gas. The tiny droplets of water form the dispersed colloidal particles in the air and therefore, result in the scattering of the light falling on them. Therefore, displaying tyndall effect.

Question 3: Why is mercury shaken in oil considered a suspension?

Mercury is a liquid element under standard conditions of temperature and pressure. It is a metallic element that can be mixed with oil in order to create a suspension. The particles will not dissolve, and will eventually separate out.

A suspension that includes liquid droplets or fine solid particles as the solute dissolved in gas as the solvent is called an aerosol. Examples: fog, mist, or dust.

Question 5: Why do painters tend to mix the paint before painting the walls?

Generally, the size of the particles is greater than 5 x 10-7 m, because they are generally visible with the naked eye. Paint is an example of a suspension.

Question 6: How can you see and tell whether a mixture is a suspension?

Question 7: Explain the components of the suspension.