When to Use the t-Distribution?

Student’s t Distribution is used when

where,
c = Constant required to make the area under the curve equal to unity
ν = Degrees of freedom

So, this above equation indicates the probability density function(pdf) of t distribution for ν degrees of freedom.

Properties of the t-Distribution : 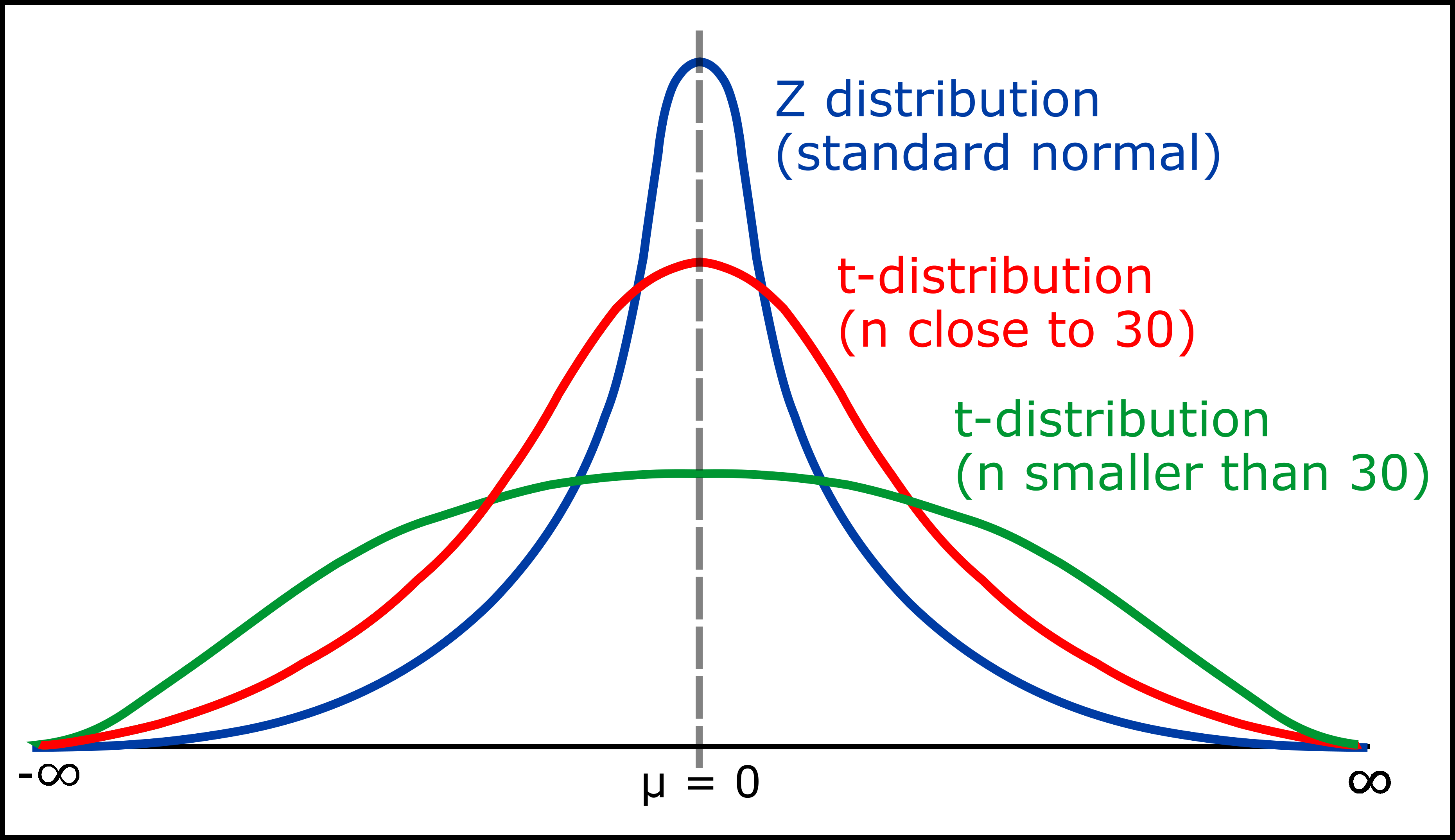 The t-distribution has the following properties :