There are numbers (represented by M and N) written above the lines which connect relationships and entities. These are called cardinality ratios. These represent the maximum number of entities that can be associated with each other through relationship, R. Types of Cardinality : There can be 4 types of cardinality – 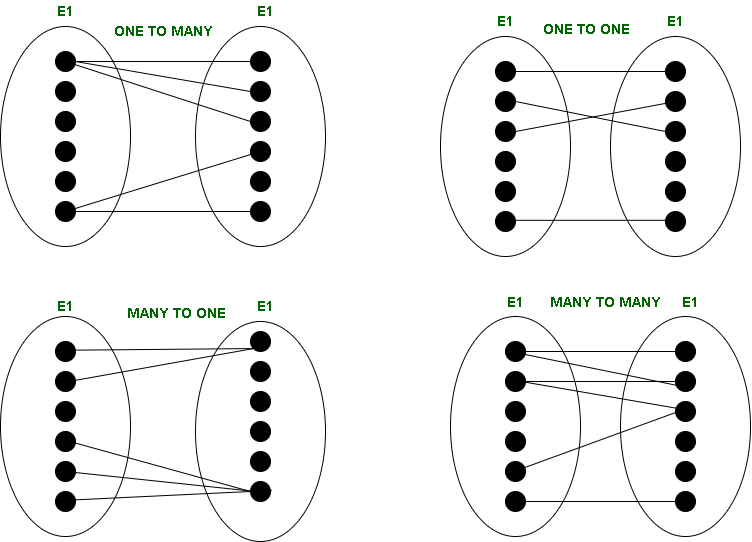 The Structural constraints are represented by Min-Max notation. This is a pair of numbers(m, n) that appear on the connecting line between the entities and their relationships. The minimum number of times an entity can appear in a relation is represented by m whereas, the maximum time it is available is denoted by n. If m is 0 it signifies that the entity is participating in the relation partially, whereas, if m is either greater than or equal to 1, it denotes total participation of the entity. Note – Number of times an entity participates in a relationship is same as the number appearance of the entity in the tuples.