States of a Process in Operating Systems

States of a process are as following: 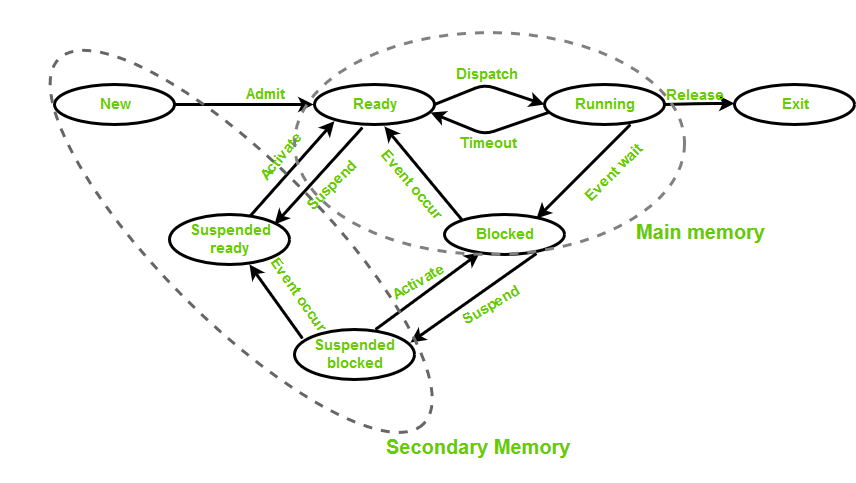