The state diagram of the above table is 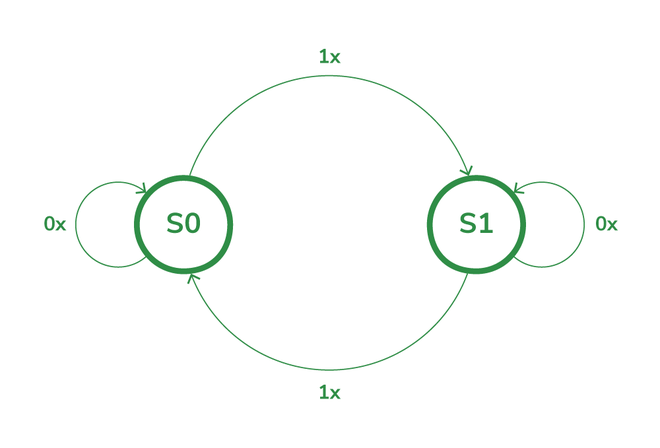 The state table of JK flip-flop is:

The state reduction technique generally prevents the addition of duplicate states. The reduction in redundant states reduces the number of flip-flops and logic gates,  reducing the cost of the final circuit. Two states are said to be equivalent if every possible set of inputs generates exactly the same output and the same next state. When two states are equal, one of them can be eliminated without changing the input-output relationship. The state reduction algorithm is applied in the state table to reduce equivalent states.

State assignment refers to the process of assigning binary values to the states of a sequential machine. The binary values should be given to the states in such a way that flip-flop input functions may be implemented with a minimum number of logic gates.

State assignment rules are as follows:

Rule 1: States having the same next state for a given input condition should have assignments that can be grouped into logically adjacent cells in a K-map.

Rule 2: States that are the next states of a single state should have assignments that can be grouped into logically adjacent cells in a K-map.

Example 1: To explain the concept of state reduction let us consider the state table as

The state diagram for the above state table is 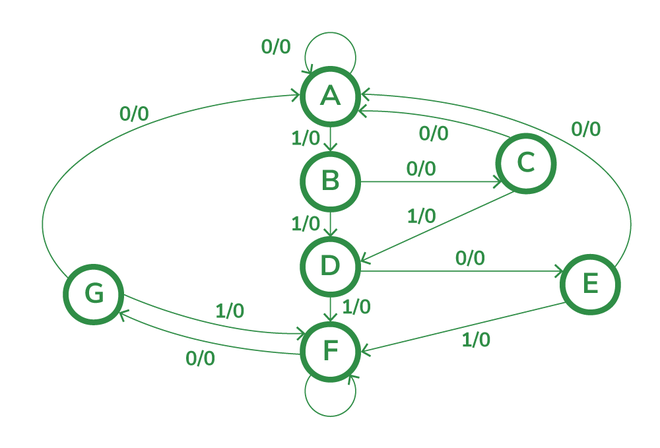 So eliminate the g state in the state table and wherever g is present replace it with e. Because e and g both are the same i.e. e=g.

Here d and f are having the same next state value and output. So eliminate f and wherever f is present replace it with d. Because both are the same d=f

Step 3: Further observe if any similar states are present or not. The states c and e are having same next states but they are having different outputs. So we can not consider it a reduction state. 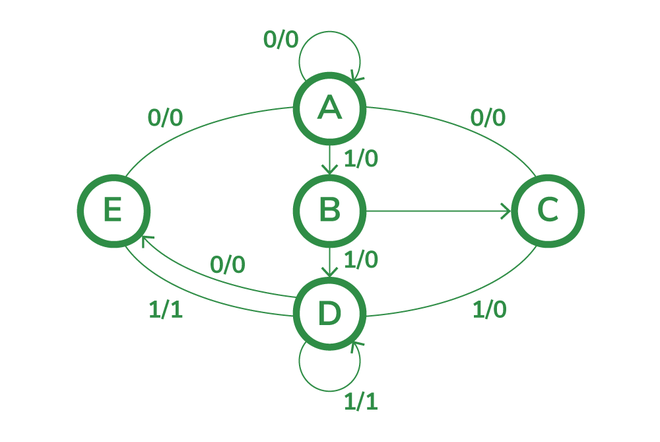 Step 4:  If you observed the state table, the states are represented by using the alphabet. We can not proceed further if we are having alphabets, so, assigning binary numbers to alphabets is called a state assignment.

To assign binary numbers to the state we have to consider the minimum number of bits.

The codes must contain n bits for a circuit with m states, where 2n >= m. In this case, each state requires 23 >=5=>3 bits to be represented. With three bits, there are eight possible combinations, of which five can be used to represent the states.