Stack is a linear data structure that follows a particular order in which the operations are performed. The order may be LIFO(Last In First Out) or FILO(First In Last Out).

This strategy states that the element that is inserted last will come out first. You can take a pile of plates kept on top of each other as a real-life example. The plate which we put last is on the top and since we remove the plate that is at the top, we can say that the plate that was put last comes out first. 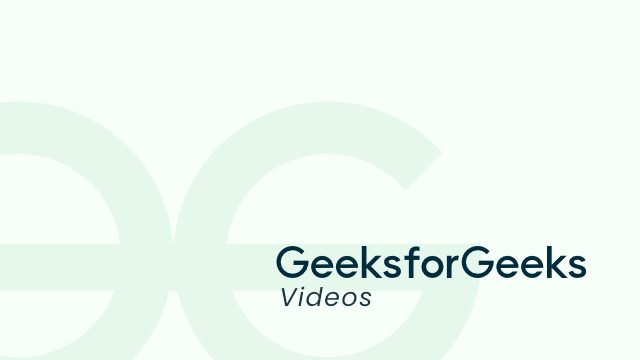 Mainly the following four basic operations are performed in the stack:

Push: Adds an item to the stack. If the stack is full, then it is said to be an Overflow condition.

Pop: Removes an item from the stack. The items are popped in the reversed order in which they are pushed. If the stack is empty, then it is said to be an Underflow condition.

Peek or Top: Returns the top element of the stack.

isEmpty: Returns true if the stack is empty, else false. 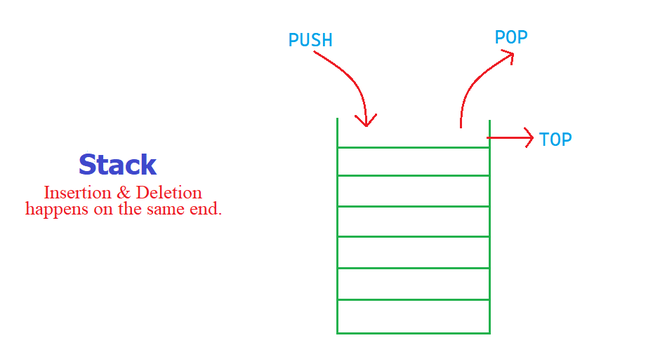 How to understand a stack practically?
There are many real-life examples of a stack. Consider the simple example of plates stacked over one another in a canteen. The plate which is at the top is the first one to be removed, i.e. the plate which has been placed at the bottommost position remains in the stack for the longest period of time. So, it can be simply seen to follow the LIFO/FILO order.

Time Complexities of operations on the stack:

Implementation:
There are two ways to implement a stack:

Pros: Easy to implement. Memory is saved as pointers are not involved.
Cons: It is not dynamic. It doesn’t grow and shrink depending on needs at runtime.

We will cover the implementation of applications of the stack in separate posts.