Sony Vegas vs After Effects

Videos are a great tool for entertaining, explaining, engaging, marketing and advertising purposes. Many individuals and organizations use videos for different purposes but making videos ready for different platforms is a typical task that involves editing videos which is a time-consuming process so to make this process easy, many companies released different video editing software from free to paid. These softwares come with advanced tools to change the entire look of any video and make it flawless for digital platforms. Two of the most famous video editing software are Sony Vegas and After Effects so let’s compare the two to find out their capabilities. 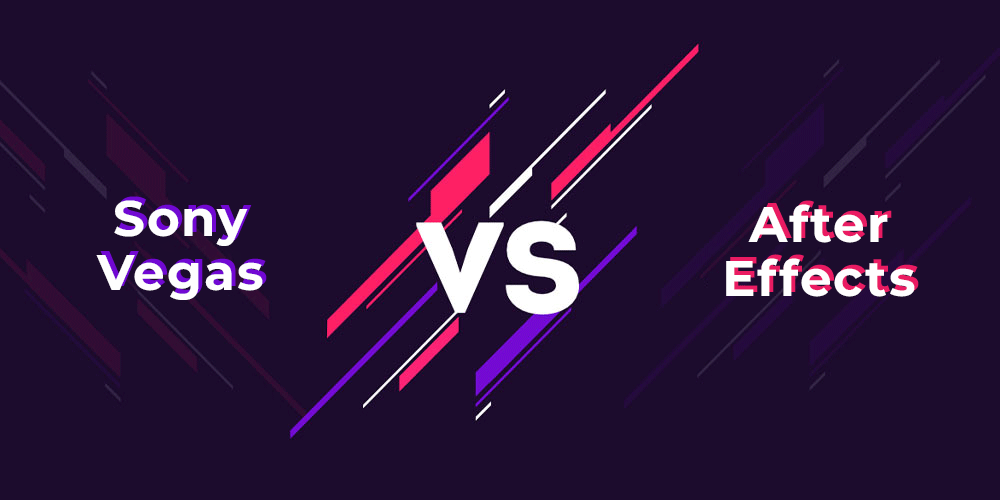 Sony Vegas is a well-equipped video editing software which was first built by Sonic Foundry and later by Sony Creative Software, currently it is being run by Magix. Initially, it was released in 1999 and its stable version was launched in 2021. It was built using C# and JScript programming languages. It comes with advanced features like HDR color correction, sound design, live streaming etc.

After Effects is a motion graphic and visual effect tool which was developed by CoSA, Aldus Corporation and Adobe Incorporation. Initially, it was released in 1993 and its stable version was released in 2022. It provides a large number of features for visual effects like composting, tracking, keying and animation also. It was built using C and C++ programming languages.

Advantages of After Effects

Disadvantages of After Effects

Following is a table of differences between Sony Vegas and Adobe After Effects: