Mainframe testing is used to evaluate software, applications, and services built on Mainframe Systems. The major goal of mainframe testing is to ensure the application or service’s dependability, performance, and excellence through verification and validation methodologies, and to determine if it is ready to launch or not. Because CICS screens are custom-built for specific applications, the tester just has to know how to navigate them when performing Mainframe testing. Also, if the code in COBOL, JCL, or other languages is changed, the tester does not have to worry about the emulator being set up on the system.

Here, we will discuss the following points:

What is a Mainframe Computer?

The mainframe is a high-performance, high-speed multi-user computer system. The mainframe machine system is the most secure, scalable, and reliable machine system available. In other words, these systems are utilized for larger-scale computing, which requires a high level of availability and security. Mainframe systems are commonly employed in industries such as retail, insurance, finance, and other essential areas where large amounts of data must be processed several times. One can perform millions of instructions per second [up to 569,632 MIPS] with the help of the following factors:

The following points should be checked before beginning mainframe testing.

The following are the various mainframe attributes: 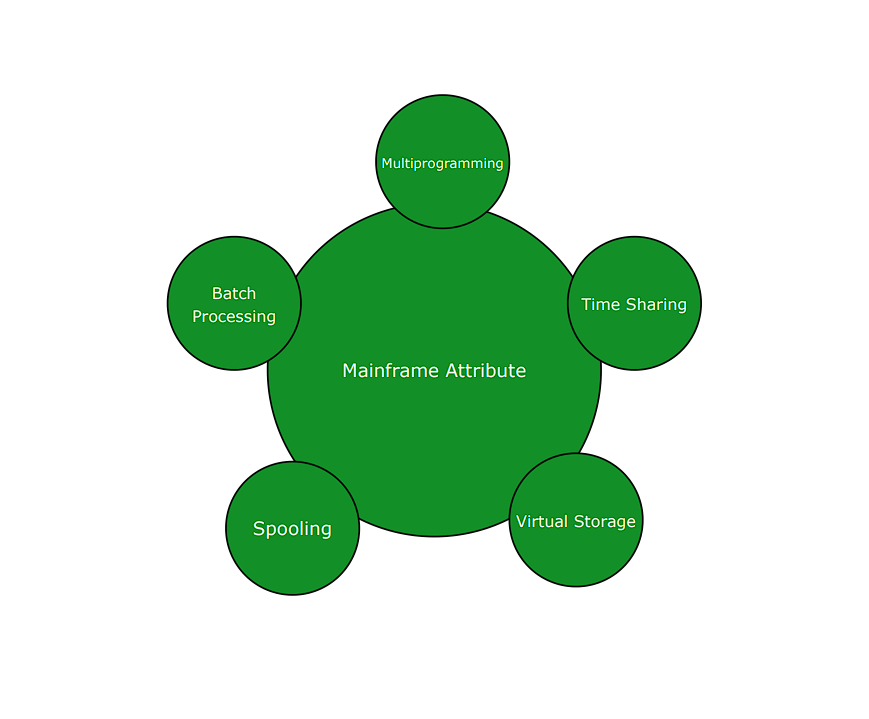 Mainframe testing can be done in two ways- manually or with the help of automation tools like QTP, REXX, and IBM application performance analyzer. The following are the steps for mainframe testing:

Step 1: Make a plan: To begin, the business or development team builds test plans based on the Business requirement document, System requirement document, other project documents, and inputs. It also dictates how a particular item or process will be modified during the release cycle. In the meantime, the testing team will collaborate with the development and project management teams to prepare test scenarios and test cases in advance.

Step 2: Make a schedule: Once the requirement document has been appropriately written, it will be turned over to the development and testing teams. In addition, the testing schedule should be created in line with the precise project delivery plan.

Step 3: Deliverables: After receiving the paper, they will review the deliverables. The deliverables should also be well-defined, with no ambiguity, and meet the scope of the test objectives.

Step 4: Implementation: The implementation should next proceed in accordance with the plan and deliverables. In most cases, the modified requirement in a release will directly affect 15-25% of the application. The remaining 60-75 % of the release will rely on out-of-the-box features such as application and process testing. As a result, there will be a need to test the Mainframe application twice-

When undertaking mainframe testing, keep the following steps in mind:

Step 1: Smoke Testing: Start with smoke testing to see if the code deployed is in the right test environment. It also ensures that the code is free of important flaws, saving time and effort for testers who would otherwise have to test a bad build.

Step 2:  Testing/ System testing: Following the smoke testing, one round of functionality or system testing will be done to evaluate the functionalities of several models independently and in relation to one another. The sorts of testing that must be performed while implementing System Testing are listed below-

To fix the issues listed above, run the application through the following tests-

Step 6: Security Testing: Threats, hazards, and vulnerabilities are evaluated, and remedial actions for applications and networks are recommended. Use cases in identity and access management, risk and compliance management, data protection, and privacy policy adherence should all be included in the security testing. To put it another way, security testing is done to see how well an application is designed and constructed to withstand anti-security attacks. The two types of security systems that should be tested are mainframe security and network security. One must test the following factors during security testing-

Step 7: Agile Methodologies: The Agile methodology is used to simplify the gradual development of application and responds to modification quickly.

Categorization of Manual Testing in Mainframe

The following are some of the mainframe automation testing tools:

1. Subject7: Subject7 is a simple, cloud-based SaaS test automation platform that delivers end-to-end test mechanization via a sequence of instructions. It’s a well-known name among the current automation solutions. This script-free, language-agnostic tool with an easy online interface was created to assist both non-technical testers and test automation experts in quickly creating complicated automated test scenarios.

2. LambdaTest: LambdaTest is a cross-browser testing platform that is scalable, cloud-based, and designed for both manual and automated software testing. It lets you test your public or locally hosted website or web app on more than 2000 different browsers, browser versions, operating systems, and resolutions. It provides a rapid preview of how the site will seem and allows one to test the layout on 36 various devices with just one click. On top of that, the platform lets one run Appium and Selenium scripts on a scalable online Selenium Grid across mobile browsers on both iOS and Android.

3. HeadSpin: Another popular Connected Intelligence Platform is HeadSpin, which provides mobile, 5G, web, and IoT applications. It unifies network, application, and device monitoring and testing by integrating with all automation and testing frameworks. One can test, monitor, and analyze any application running on any device, on any network, anywhere in the world using HeadSpin.

Every type of testing is a succession of trials and errors until you find the best system possible. Testing on mainframes is no different. Throughout the process, the testing team will be confronted with problems or troubleshooting. Some concerns that have been often reported by testers are discussed below, as well as a suggested approach that might be used to discover a solution.

1. Mismatch requirements and handbook: Although a user handbook or training guide may be available, these are not the same as the stated requirements.

3. No impact analysis: It’s possible that the code impact will completely alter the system’s appearance and functionality. Changes to test cases, scripts, and data may be necessary.

4. Ad-hoc Request: It’s possible that faults with upstream or downstream applications will demand end-to-end testing. These unanticipated demands have the ability to derail the testing process’s pre-determined timetable by adding time, effort, and other resources to the execution cycle.

The following are some of the benefits of successfully completing the mainframe testing: