Please refer this as a prerequisite article: Sliding Window Protocol (sender side)| set 1

Sliding Window Protocol is actually a theoretical concept in which we have only talked about what should be the sender window size (1+2a) in order to increase the efficiency of stop and wait arq. Now we will talk about the practical implementations in which we take care of what should be the size of receiver window. Practically it is implemented in two protocols namely :

In this article, we will explain you about the first protocol which is GBN in terms of three main characteristic features and in the next part we will be discussing SR as well as comparison of both these protocols

The three main characteristic features of GBN are:

Relationship Between Window Sizes and Sequence Numbers
We already know that sequence numbers required should always be equal to the size of window in any sliding window protocol.

Example: Consider an example of GB4.

This is explained with the help of the illustrations below. 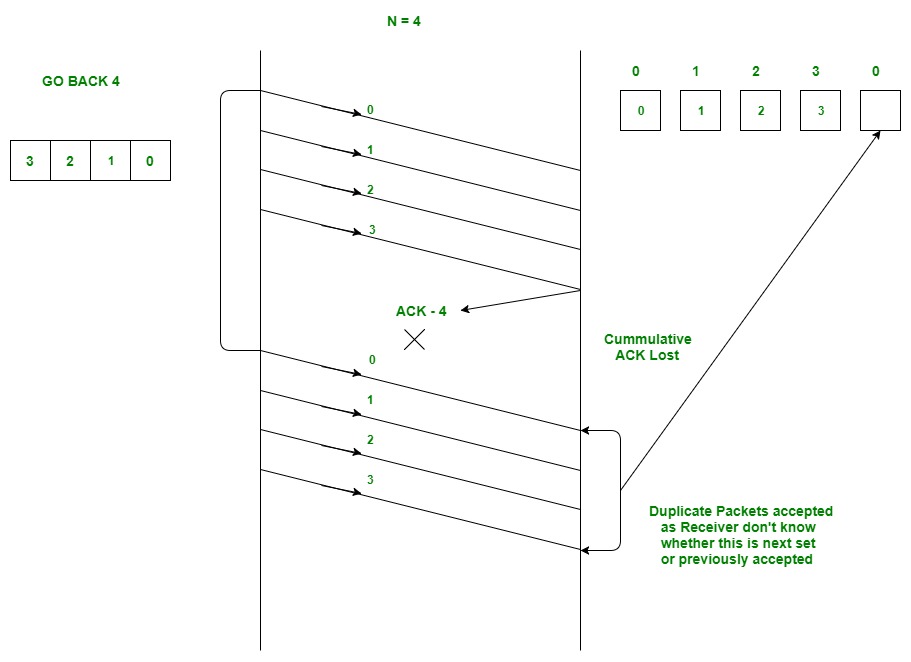 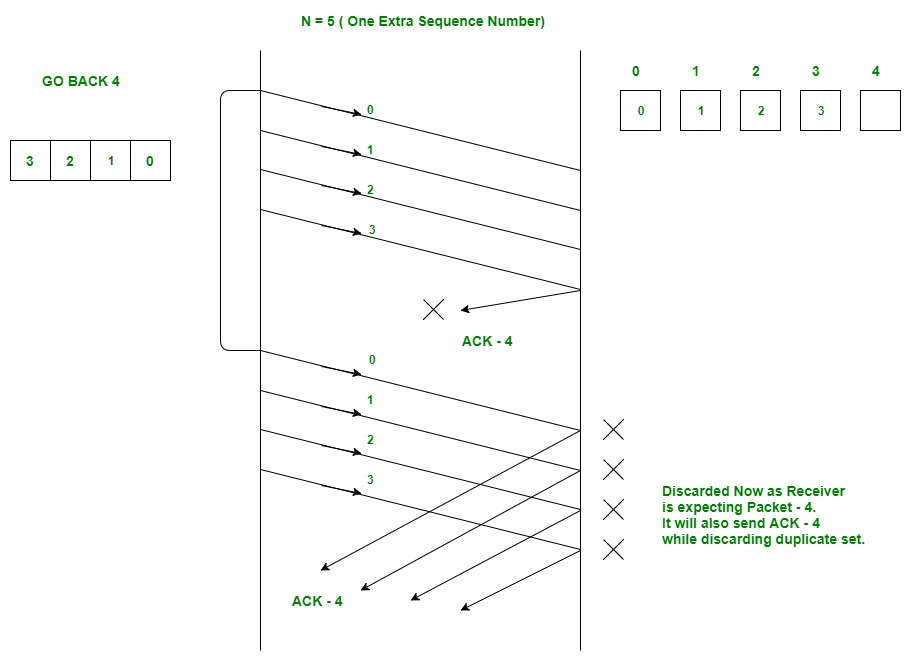 Now it is clear as to why we need an extra 1 bit in the GBN protocol.

In the next article, we will explain Selective repeat and comparison between the 2 protocols.